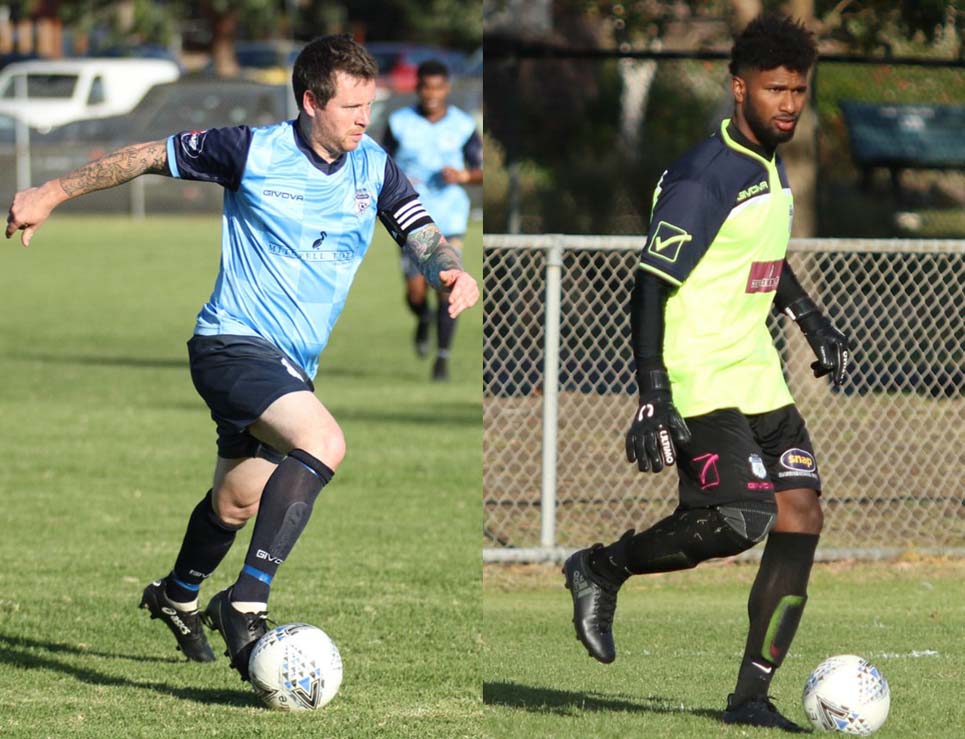 FRANKSTON Pines has been involved in a major squad overhaul as it zeroes in on its first championship success in seven years.

Simon Webster and twin brother Scott are believed to have accepted offers from State 3 rival Rowville Eagles while first-choice keeper Aeseli Batikasa expects to be sidelined for the remainder of the season.

The knee injury the big Fijian keeper suffered against Brighton has not responded to treatment and he will have an MRI this week.

But the news is not all bad for the State 3 leader as head coach Kevin “Squizzy” Taylor has brought in a number of new signings.

His capture of Fijian international midfielder Nickel Chand and Marinos Panayi from Beaumaris was the start of a squad makeover that gathered momentum last week with the signings of Andy Skledar and UK duo Tom Hull and Lewis Coyle.

Skledar is a former Pines, Langwarrin, Mornington and South Springvale player who will continue to coach Kingston City’s junior NPL under-17s while playing for Pines.

Hull is a goalkeeper and during an 18-month stint with Brunos’s Magpies he was named Gibraltar national league young player of the year before arriving in Melbourne to play with Casey Comets in 2019.

He has also played with South Springvale, Doncaster Rovers and Dandenong City.

Coyle arrived here from the UK in 2018 to play with Goulburn Valley Suns in the NPL.

He played for Welsh club Rhyl and can be used as a central defender or striker and at almost 196 centimetres is an imposing figure who should boost Pines’ set piece threat.

Both Hull and Coyle live in Sandhurst so their proximity to Carrum Downs Recreation Reserve is ideal.

Panayi, Hull and Coyle featured in the starting line-up on Saturday as Pines put a major dent in Hampton East Brighton’s promotion hopes with a comprehensive 4-0 win at Dendy Park.

In NPL1 Langwarrin came away from Shepparton with a point last weekend after drawing 1-1 with Goulburn Valley Suns.

A superb 30-metre Callum Goulding strike late in the first half gave Langy the lead at half-time but Suns substitute Fraser Gosstray snatched an equaliser in the 89th minute.

In State 1 the top-of-the-table clash between Mornington and Boroondara-Carey Eagles ended up in a 0-0 stalemate at Dallas Brooks Park on Saturday.

Josh Heaton and Steve Elliott were excellent at the back for Mornington while in midfield Luke Goulding had his best game yet for the Seagulls.

In State 2 both local sides grabbed a point, Peninsula Strikers drawing 2-2 with Collingwood City at Centenary Park on Saturday while Skye United drew 3-3 with Heatherton United at Bosnia and Herzegovina Centre on Friday night.

Strikers were on the back foot early and Ollie Hazel’s cultured left foot did the damage in the 17th minute with a low strike from the edge of the area to put Collingwood ahead.

But five minutes later Strikers hit back when good work by Riley Anderton on the right ended with a Jai Power close range shot after Collingwood failed to clear.

Anderton and Power were involved with another goal in the 32nd minute this time Anderton finishing from close range.

The match finished the way it had started with Collingwood bossing the ball and appropriately it was Phil Ball who equalised from the penalty spot in the 78th minute after a handball decision that confused some Strikers players.

On a positive note Ben Doree is back and came off the bench in the second half.

Skye found itself 2-1 down at half-time against Heatherton with Jason Nowakowski scoring for the locals just before the interval.

Skye came roaring back in the second period when Mikey Turner finished well following a square ball from Mark O’Connor in the 50th minute and a long-range strike from Caleb Nicholes in the 64th minute caught Heatherton keeper Senad Ahmetovic off his line to make it 3-2 to Skye.

Heatherton’s Setmir Zijai levelled in the 91st minute and three minutes later Daniel Attard was brought down inside the area but Daniel Walsh’s penalty attempt was saved by Ahmetovic.

In State 4 Seaford United continued its promotion challenge with a 3-2 away win over Chelsea on Friday night.

Harry McCartney reports that Blake Hicks opened the scoring for Seaford in the 14th minute and in the 28th minute an excellent lob from Almand Thomas over a square Chelsea defence was struck first time by Dylan Waugh to make it 2-0.

Hicks grabbed a double in the 38th minute with a volley but Max Timuska-Carr brought Chelsea back into the contest two minutes later when he beat the advancing Seaford keeper Hayden Hicks and knocked the ball into the open goal.

Substitute Charlie O’Connell and Lachie McMinimee scored for Baxter while Somerville player-coach Dave Greening had mixed fortunes putting the visitors ahead in the 39th minute but receiving a straight red in the 89th minute after a verbal exchange with an assistant referee.

In State 5 Mount Martha’s 2-1 home win over Pakenham United gave Chris Sanderson’s side its first win of the season.

Ethan Sanderson’s switch from midfield to central striker played a major part in the result.

Mount Martha was 1-0 down at half-time but in the 66th minute Jeff Higgin’s header sent David Oswald clear on the right and his low ball across the area was finished well by Sanderson at the back post.

In the 85th minute Sanderson’s run into the penalty area ended when he was brought down but the youngster converted the resultant penalty.

Other State 5 locals didn’t fare so well with Aspendale Stingrays going down 3-2 away to Casey Panthers and Rosebud losing 2-0 at home to White Star Dandenong.

Ben Garside Weinert and Justin Lampert scored for the Stingrays in the second half.