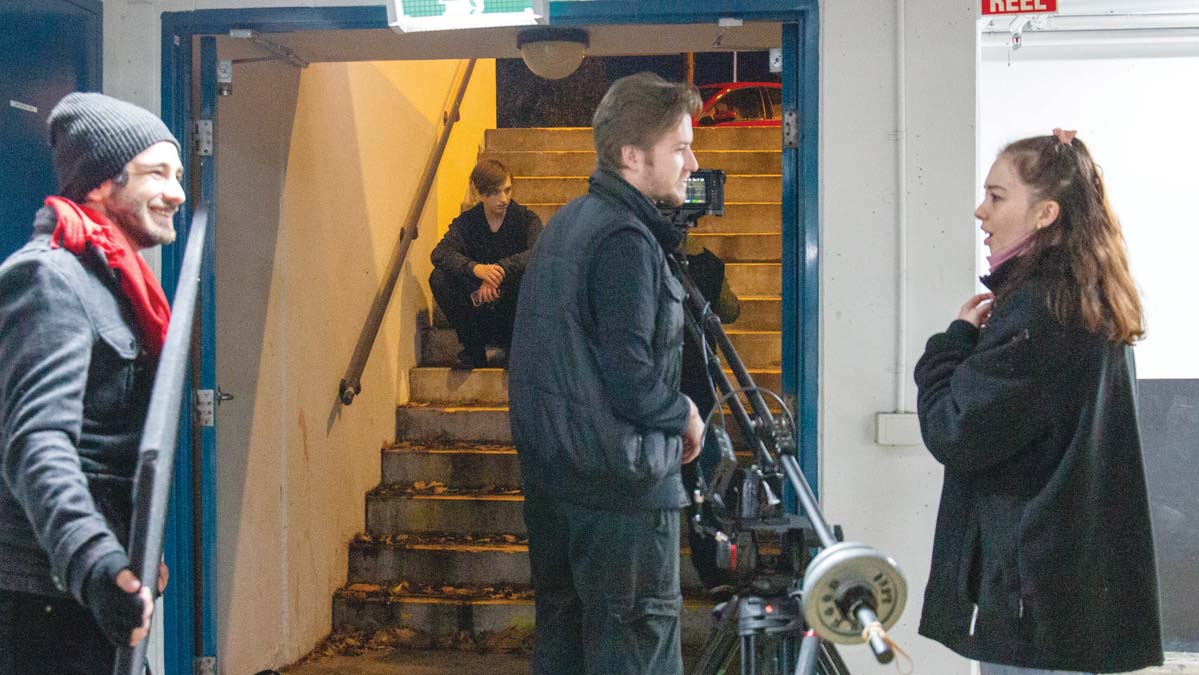 THE car park of the Frankston Arts Centre became a temporary stage earlier this month when a crew used it to shoot footage for a short film.

Answer your Phone was shot at the Arts Centre. The short was written and directed by Frankston resident Benji Wragg.

Mr Wragg said the story was “inspired by a relationship one of my closest friends went through”.

“The film follows Greg as he walks home while an oppressive force hunts him. I wanted the film to be a metaphor for a mentally abusive relationship,” he said.

“Because of Covid it has taken me a year and a half to make this film. Each time we got close to filming it, we would go back into lockdown. Finally we were able to film it in the Arts Centre parking lot between 7pm to 1.30 am.”

The film is produced by Dia Taylor. Ollie Midson stars as Greg. The film’s director of photography is Darby Heaysman.

The film is expected to be available next month. For updates visit facebook.com/answeryourphonefilm