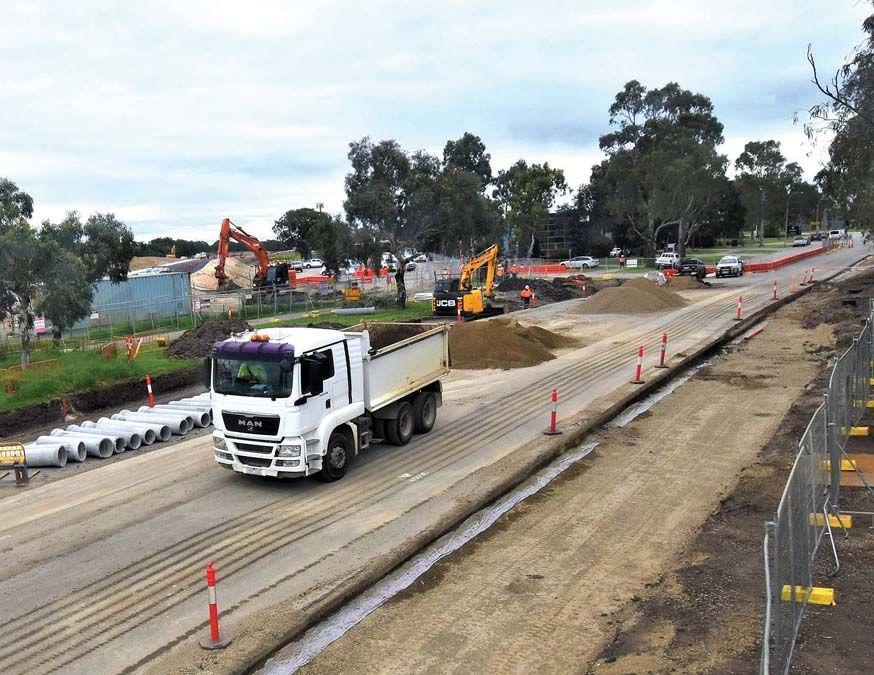 MORDIALLOC Freeway works got back underway this week after the conclusion of the two week construction shutdown.

Work began again on 5 October. Multiple road closures are expected in the next few weeks as work ramps up, with detours in place.

Lower Dandenong Road will close in both directions between 6am and 6pm from 6 October to 18 October, then from 7pm to 6am each night between 18 October and 23 October.

Springvale Road will close in both directions between Wells and Pillars roads, 8pm to 6am between 5 October and 15 October. Crews will close access to the Mornington Peninsula Freeway while they work.

The Dingley Bypass closes between Boundary Road and Tootal Road for gantry works from 7pm to 6am between 8 October and 9 October.

The state opposition took aim at the $523 million cost of the project last week. The road had been projected to cost $375 million, before another $148.2 million was put into it during the mid-year budget update at the end of 2019. Shadow Treasurer David Davis said that the state government’s “failure to plan, scope, manage and control costs on the Mordialloc Bypass Project means more than $220 million less is available to support all Victorians through the COVID-19 crisis and our recovery.”

For a list of disruptions and detours this month visit bigbuild.vic.gov.au/disruptions