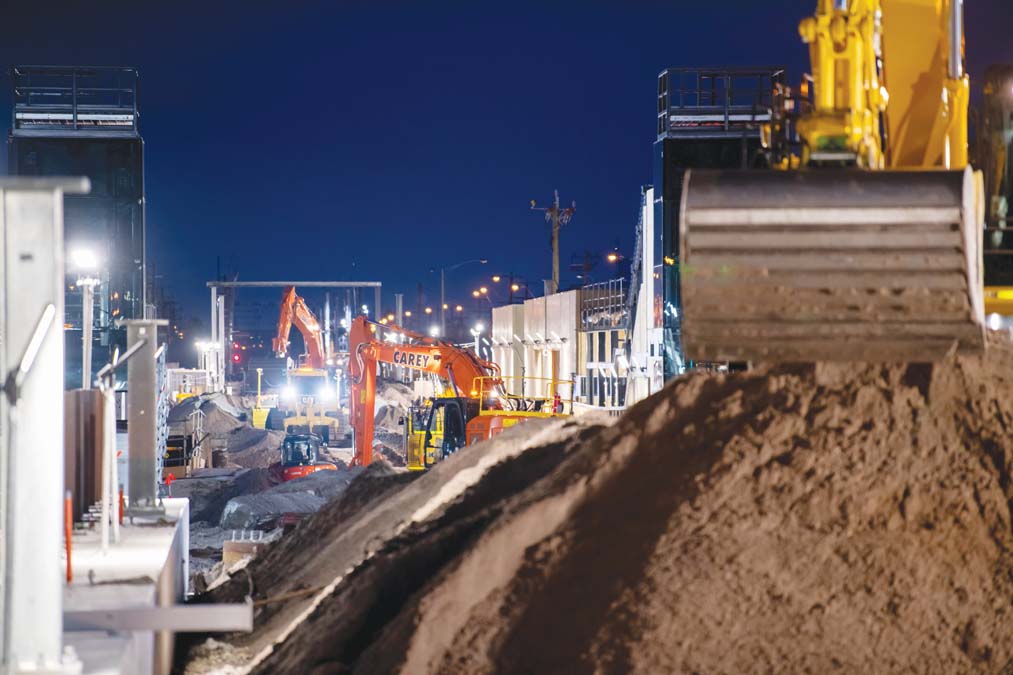 PLANS to build rail over road in Parkdale and Mentone have left some residents disappointed.

Earlier this year the state government announced plans to remove level crossings at Parkers Road in Parkdale and Warrigal Road in Mentone. Its preferred solution for the project is to build rail bridges, while building a new station at Parkdale.

Kingston mayor Steve Staikos said that an online survey found that “the community was overwhelmingly against an elevated rail solution at Parkers Road and Warrigal Road, with more than 76 per cent of respondents supporting a rail under road solution instead.”

“We had a huge response to our survey with 1150 local Parkdale and Mentone residents having their say on what they want to see happen in their neighbourhoods,” he said. “We are calling on the government to listen to that feedback and engage properly with the community, before making a final decision.

“We are urging the LXRP to thoroughly investigate the rail under road solution as an option and then make public the detailed report including indicative designs.”

At its 27 September meeting, councillors agreed to write to the transport infrastructure minister and the Level Crossing Removal Project to ask for plans for “meaningful consultation on the proposed level crossing removals and make public engineering reports.”

The News asked the LXRP what consultation took place before announcing a preferred solution to build rail over road. The LXRP did not answer before publication deadline.

Level crossing removals at Parkers Road and Warrigal Road will take the total amount of level crossings removed on the Frankston line to 20.

Kingston councillor Chris Hill raised questions about the state government’s handling of these level crossings compared to other ones. “There was extensive community consultation ahead of the  Balcombe Road, Charman Road and Park Road LXRP works,” he said. “Engineering and  technical analysis was also undertaken prior to announcing the chosen solution for the removal of  those crossings, why hasn’t the same been done this time and if it has, make those findings public.”

Taxpayers will end up coughing up around $3 billion on all of the works taking place along the Frankston line. Eight stations have been built and 13 level crossings have been removed so far.

Works on level crossing removals restarted on 5 October after the 2-week construction industry shutdown. LXRP crews are now re-sequencing the ongoing works program. New end dates for the works are expected to be announced soon.