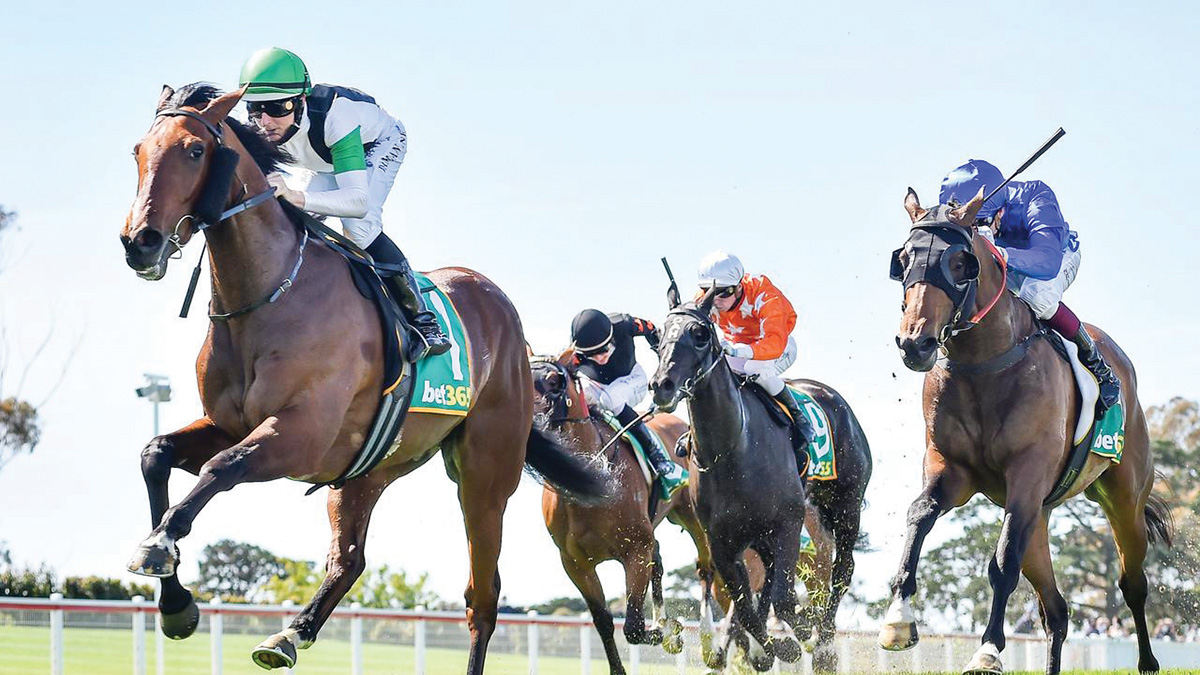 TONY Noonan may not have trained the winner but he got just as much satisfaction out of seeing Tutukaka take out the Listed Geelong Classic on Wednesday 20 October.

Tutukaka, who is trained by Noonan’s good friend Tony Pike in New Zealand, has been based at his Mornington stables for the last two months as he prepares for a tilt at the $2million Group 1 Victoria Derby (2500m).

After having two runs at Flemington, Tutukaka swooped home from the rear of the field to win the Geelong Classic (2200m) by just under a length and was seemingly getting stronger passing the post.

Noonan said its always a good thrill to help out a long-time friend.

“I’ve been mates with Tony and his family for nearly 30 years,” Noonan said.

“I was honoured for him to ring me but I was under a bit of pressure – we hadn’t really been firing a shot.

“He’s a very good trainer. He just knew what he wanted to do with this horse and he’s just upped the ante since that last run and has got him spot on.”

Tutukaka will look to buck the trend of recent winners of the Geelong Classic heading into the Victoria Derby.

Of the last 10 winners, just Nozomi (second in Derby) in 2014 has managed to finish in the top four in the Group 1 contest. That year the Geelong Classic quinella also finished one-two in the Derby with Preferment winning the feature.

Noonan said the promising stayer has pulled up very well since his last win.

“He’s a lovely big horse and he relaxed beautifully [on Wednesday] so he’s definitely heading in the right direction,” he said.