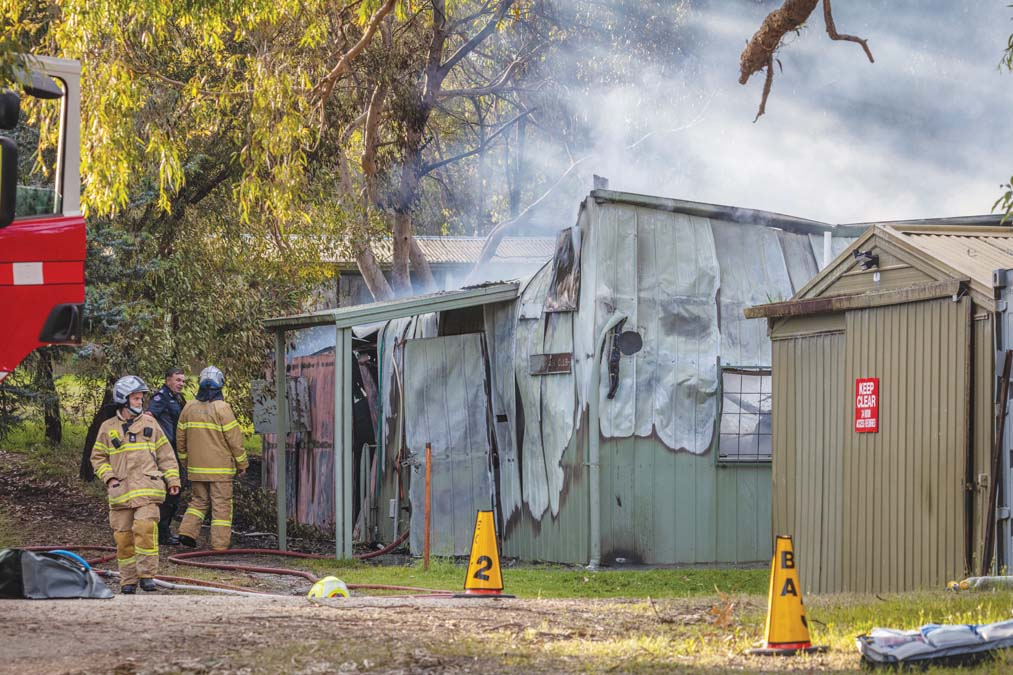 A FIRE broke out at the McClelland Gallery and Sculpture Park last week.

Just after 6pm on 17 November, an alert was issued about a grass fire on McClelland Drive. Firefighters attended and the area was given the all clear just after 9.30pm. Nobody was injured.

The Frankston Lapidary Club building was damaged by the blaze.

McClelland Gallery director Lisa Byrne said that the fire has been ruled accidental.

A statement on the Langwarrin Fire brigade Facebook page read “a large plume of smoke was visible in the area just before 6pm, all crews acting quickly to bring the fire under control and protect any exposures. We thank all neighbouring brigades with a massive effort from all involved.”