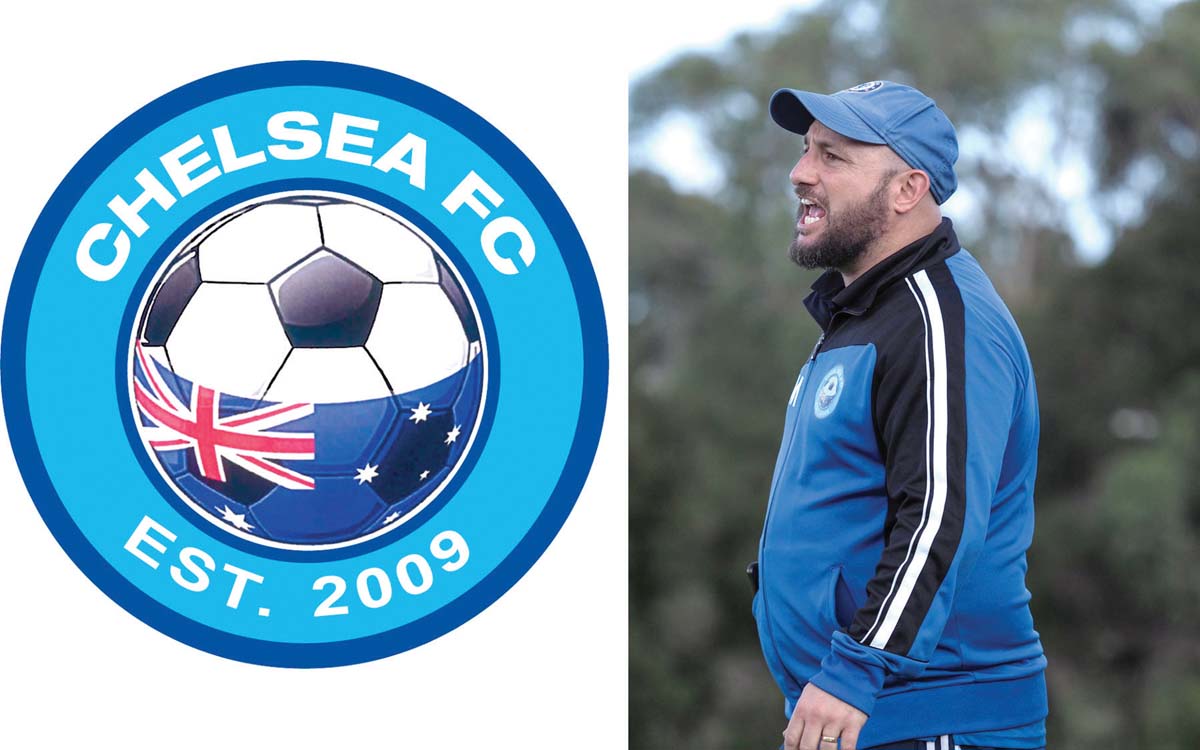 CARLO Melino’s name has been synonymous with local football since the ’90s and 2022 will mark his fifth successive season as head coach of State 4 club Chelsea.

The Melino family moved from Adelaide to the Victorian capital in 1996 after Melino’s father bought a Nissan dealership on the peninsula.

Just 14 years old the teenager had spent his junior days at Adelaide City and had played in its under-18s when he was just 13.

Here he played in the reserves at Glen Eira, spent a season at Bentleigh Greens alternating between the National Youth League and reserves squads then joined Frankston Pines in 1999 where he was top scorer in the reserves.

At the end of that season ongoing groin problems led to a hip operation that sidelined him for three years and when he came back he was forced to play in the lower leagues.

During his recovery Seaford coach Billy Rae asked him to coach the reserves and he agreed.

Melino joined Berwick Kings for the 2009 season as player-coach of the reserves then had short spells at Doveton and Cranbourne before deciding to hang up his boots.

He coached Endeavour United’s reserves for three years then assisted Billy Natsoulis at Doveton before being named Endeavour’s senior coach for the 2015 season.

That three-year spell ended when he was named head coach at Chelsea for 2018.

His first year at Edithvale Recreation Reserve was spectacular as he engineered a title triumph in State 5 with a squad whose average age was just 22.

While his next few seasons haven’t been as successful his focus has been on consolidation and development and is in sync with the wishes of the committee that continues to support him in his role.

“Obviously the club wants us to finish as high as we can but they don’t say ‘here’s your budget so go and bring in some big players and get promoted’,” Melino said.

“They don’t want to go up the leagues then when the money dries up come back down again.

“They want to be a sustainable club where culture comes first and that aligns with me.

“I just love the stories about players in our senior squad who have been with our juniors and come all the way through to the seniors and that’s what sustainability is about.

“And when you create a good culture players want to come because of the environment.

“Put it this way – they don’t come to Chelsea for the money.”

While he enjoyed the championship celebrations at the end of the 2018 season he wasn’t blinded by the spotlight of success.

Early in his tenure he had detected a lack of combativeness among his young players and knew he had to address that issue.

“Skill wasn’t an issue but we had to harden up and we started doing a lot of body-on-body work that season and while we had some big wins they weren’t against the other top three or four clubs.

“And when we got into State 4 the physical side of the game went up a notch and every week was a tough game.

“We brought in five or six 25- to 35-year-olds and that made us more resilient and we were able to consolidate our position.”

Melino expects the improvement in dealing with the physical aspects of State 4 to continue next season and cites vice-captain Luke D’Alessandro as an example.

“His improvement has been immense.

“Some of the tackles he wins are tremendous and he wouldn’t have won them like that back in 2018.

“That’s the same for a lot of the younger players who now understand that at this level you have to turn up and you have to put in for 90 minutes.

“You can’t afford to switch off.

“If you switch off against Dave Greening or Dylan Waugh they’ll score.”

Off the pitch Chelsea will maintain its preference for home games on Friday nights as the club sees those fixtures as an important part of growth.

“The upstairs part of the clubrooms becomes a restaurant and we have a lady called Deidre who lays out the tables and makes the most unbelievable food,” Melino said.

“For a small fee you book a table and we have 50 or more dining there every home game and people love it.

“For the boys it gives them a real sense of being at a senior club.

“I also want to mention that Chelsea have been wonderful to me and John Zecola, Carlo Bellino, Martin and Karen Vella and Rob Giabardo and the rest of the committee have always supported me and the senior squad and Chris Porteous has been our ressies coach and my senior assistant since 2019.”

Melino’s involvement in football makes great demands on his time especially for a man with a young family and he readily acknowledges the part his partner plays in making this possible.

“I wouldn’t be able to do what I love over the past 14 years without the wonderful support of my beautiful wife Kate who lets me fulfill my passion for the sport and looks after our three cheeky kids Amila,6, and the two-year-old twins Luca and Raphael.”

Melino turned 40 last Friday and 2022 will be his eighth season as a senior coach.

No doubt opposition clubs in State 4 will be hoping that his record of one title every four years is not maintained.

The teenager was signed from Dandenong City and joins Ryan Paczkowski and James Kelly in boosting the club’s attacking options for 2022.

Langy will play Essendon Royals in a friendly at Lawton Park on Saturday 29 January at 1pm and 3pm a week after hosting the annual Steve Wallace Cup.

The club is hopeful of announcing that Danny Brooks, Jai Power and Riley Anderton have signed on again.

Head coach Donn Delaney has arranged a pre-season friendly schedule kicking off in the New Year with a clash against Frankston Pines on Saturday 15 January (venue to be decided).