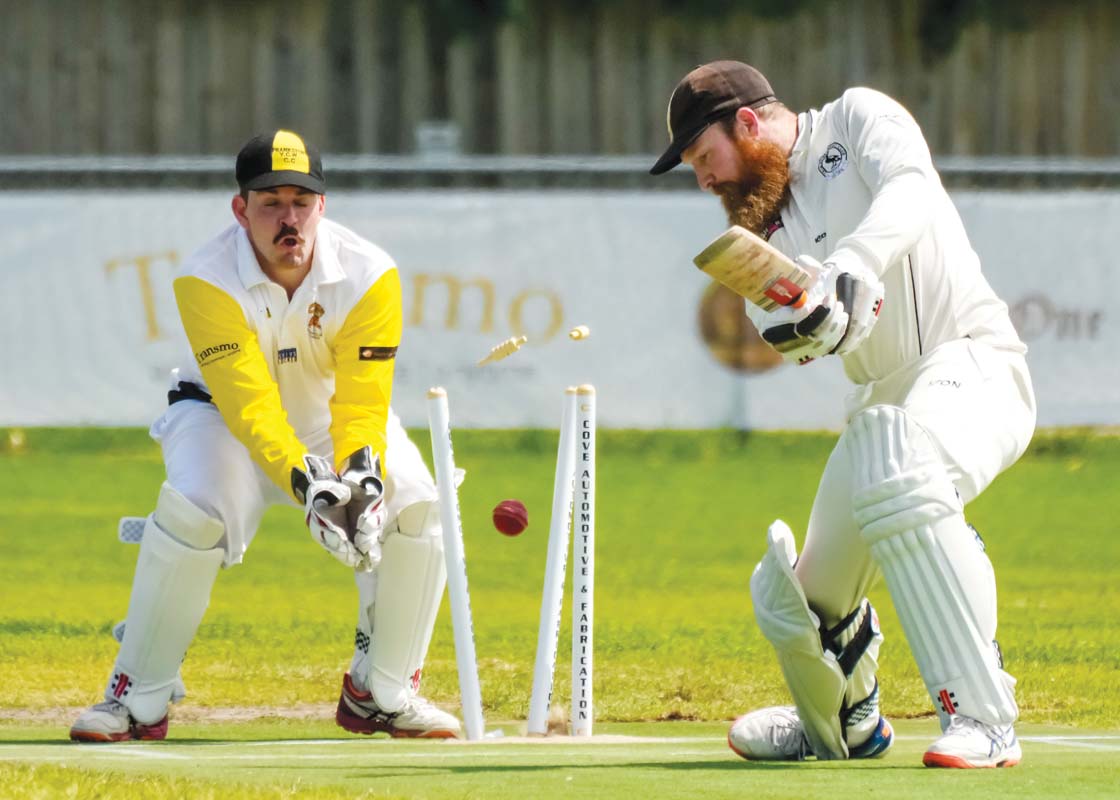 THERE may have been only one run in the final score, but Langwarrin made easy work of Mt Eliza on Saturday.

Mt Eliza batted first and managed 130 with the loss of four wickets in their 40 overs.

Sam Glenn was their best with a knock of 36 before being dismissed LBW.

Langwarrin made short work of their total, getting the job done in 33.5 overs with the loss of just one wicket.

Chris Brittain managed a half century before being caught, and Matthew Prosser and Ian Cockbain 42 and 25 respectively.

Sorrento had a bad day at the office.

Old Peninsula batted first and managed 4/186. Sorrento fell well short at all out for 124.

Baden Powell reached Red Hill’s total of 132 without much trouble, needing just 28.4 overs and with the loss of just one wicket.

Long Island only managed 102, well short of what was needed to keep Baxter at bay. They passed the total in the 29th over with five wickets still in hand.

Batting first, they put 183 on the board with opener Benjamin Willims clocking up a half century.

Mornington’s reply was lacklustre, with Anthony Gapes top scoring at 25.

Flinders only managed 102 runs against Rosebud before being bowled out.

Rosebud managed to get the runs in just 24 overs with six wickets in hand.

Seaford Tigers struggled in response, with no big scores on the board.

They ended up all out with four balls remaining and ten runs short of victory.

Pines had an easy run against Somerville, passing their score with 13 overs in hand.

Damien Lawrence was the standout for Pines with 67 not out.

MAIN Ridge were unlucky to go down to Hastings after posting a respectable score of 155 in their 40 overs.

William Noall was the standout with an unbeaten 65 runs.

In response, Hastings managed to get to the total with two overs and three wickets in hand.

Dromana made light work of Delacombe Park, passing their total for the loss of just three wickets.

Delacombe Park were all out for 129, despite a great knock of 60 from Flynn Walker.

Dromana’s response was solid, and the runs acquired with four overs to spare.

Crib Point ran out of time in their first innings against Frankston YCW.

Posting 101 with the loss of eight wickets, Frankston YCW surpassed their total in 26.4 overs and with seven wickets in hand.

Frankston YCW were helped along by a captain’s knock of 54 not out by Neil Barfuss.

Carrum had wickets in hand at the end of their overs, but not enough runs to hold off Carrum Downs.

That was despite a half century from captain Mark Cooper.

Carrum Downs only lost three wickets in the chase which included a 54 not out by Robert Johnston.

BALNARRING didn’t have the goods against Mt Martha, despite an impressive 55 run knock by Mark Walles.

Mt Martha’s innings wasn’t all smooth sailing, with a top order collapse that included three ducks and a hat-trick by Balnarring’s Brenton Taylor.

Mt Martha’s captain, Simon Street, steadied the ship with a 62 run innings, getting his team over the line with two overs remaining.

Brenton Taylor’s bowling effort was one to remember at 5/9 with four maidens.

Tyabb couldn’t get close to Skye’s total of 189.

They had their chances, with a few batters getting a start, including a high score of 33 from captain Robert Hearn, but overall it wasn’t enough to get the chocolates, falling 40 runs short of a win.

Rye managed to run down Ballam Park’s total of 105 with two overs and two wickets to spare.

Pearcedale has a good day out. managing to hold off Tootgarook, who ran out of time and ended up 11 runs short of a win.

Seaford easily accounted for Boneo, after posting a total of 193.