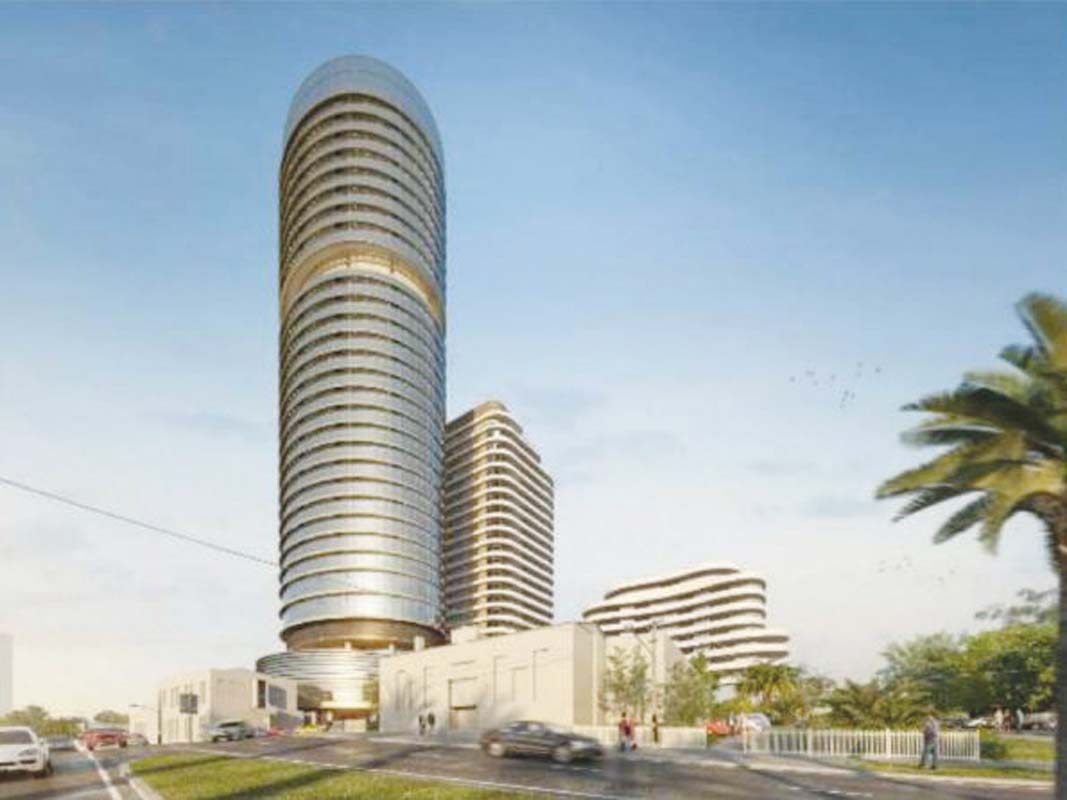 SEVENTY people have objected to plans to replace heritage buildings on Davey Street with two towers, standing 30 and 22 storeys each.

A proposal has been put forward to demolish the existing structures on 8 to 12 Davey Street and replace them with the two tall towers. The new buildings will be used as a residential hotel with 200 rooms, four serviced apartments, and 116 apartments.

There have been 70 objections submitted to Frankston Council, who are in the process of considering the proposal.

A report repaired by Frankston Council officers read that the grounds of the objections included “the size and scale of the buildings dominating the landscape and city, overdevelopment of the site, perceived incompatibility with the aesthetic of a beach side city, concern it will set a precedent for high buildings, detract from streetscape, character and landscape values, no strategic justification for the divergence of increased height – no evidence of long term community benefit, and demolition of the contributory heritage buildings – should be incorporated.”

Sections of the buildings on 10 and 12 Davey Street were demolished years ago to make way for an apartment building, which never ended up being built.

In a report on the application, council officers wrote that “independent opinion supplied to council agrees that 10 Davey Street is unsound and could be demolished. However, the opinion does not accord with that supplied by the applicant in respect of 8 and 12 Davey Street, which were not found to be requiring demolition.”

“Further, advice from three separate heritage architects is that the demolition of the structures would be contrary to planning policy objectives and would significantly impact upon the integrity of the Davey Street heritage precinct as identified by the heritage overlay applying to the land.”