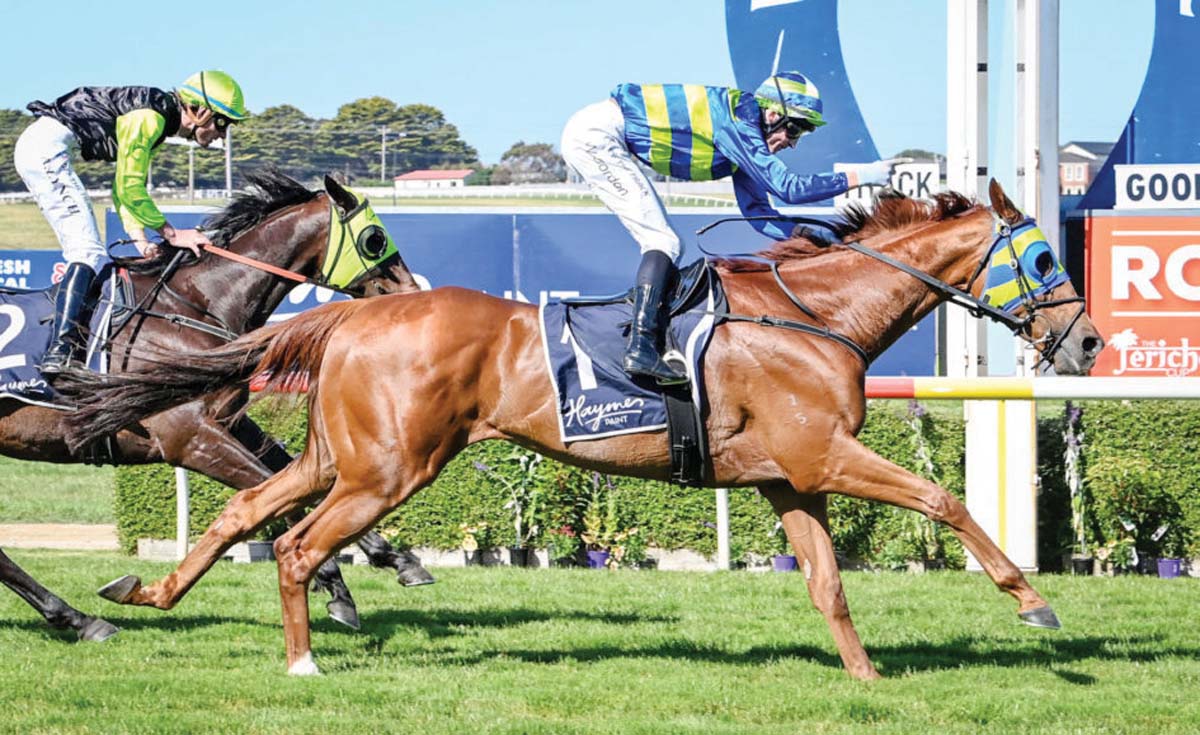 MORNINGTON-based jockey Will Gordon claimed the biggest win of his career in Sunday’s Jericho Cup (4600m) at Warrnambool but was quick to modestly deflect any of the credit.

Gordon sat on the Ciaron Maher and David Eustace-trained stayer Wil John for the first time in Australia’s longest flat race and perfectly timed his ride to win the contest by a length.

Despite the well-executed winning ride, Gordon immediately stated that “its not about me today”.

“It’s about the horse, the team and the legacy of the race,” he said post-race. “It’s just an honour to win the Jericho Cup.”

“This is at the top of them (his biggest race wins) isn’t it.”

The Jericho Cup ran for the fourth year straight on Sunday to honour one of Australia’s greatest war horses, Bill the Bastard (who won the former Jericho Cup in 1918), the Australian light horsemen and their mounts known as the Walers.

In fine remembrance of the Walers, Wil John carted the 70kgs topweight to win the feature race in a time of 5:21.03.

“He’s just a tough horse. He really dug deep for me” Gordon said. “He’s a big, long bugger but he stuck his neck out and I’m just thrilled he could get the job done for all of his connections.”

Maher has trained multiple Group 1 winners for winning owners Colin and Janice McKenna over the years but it was evident that this win was something special for the two of them.

“[Wil John’s] mother was one of the first yearlings I bought for Colin and Janice, and to breed it and go through the whole ride and win a race like this, it’s very, very special. I’m a bit lost for words,” Maher said post-race.

The sentiments were certainly shared by businessman Colin McKenna who received a Member Of the Order Of Australia in this year’s Australia Day honours.

“My father and my father-in-law and uncles all went to war and it’s bloody special,” he said.

“All our friends are in [Wil John], we reckon he has 200 supporters here today. We love the horse, Janice and I.

“It’s more than just winning the race, it’s how you win the race and who wins it with you, it’s an amazing feeling.”