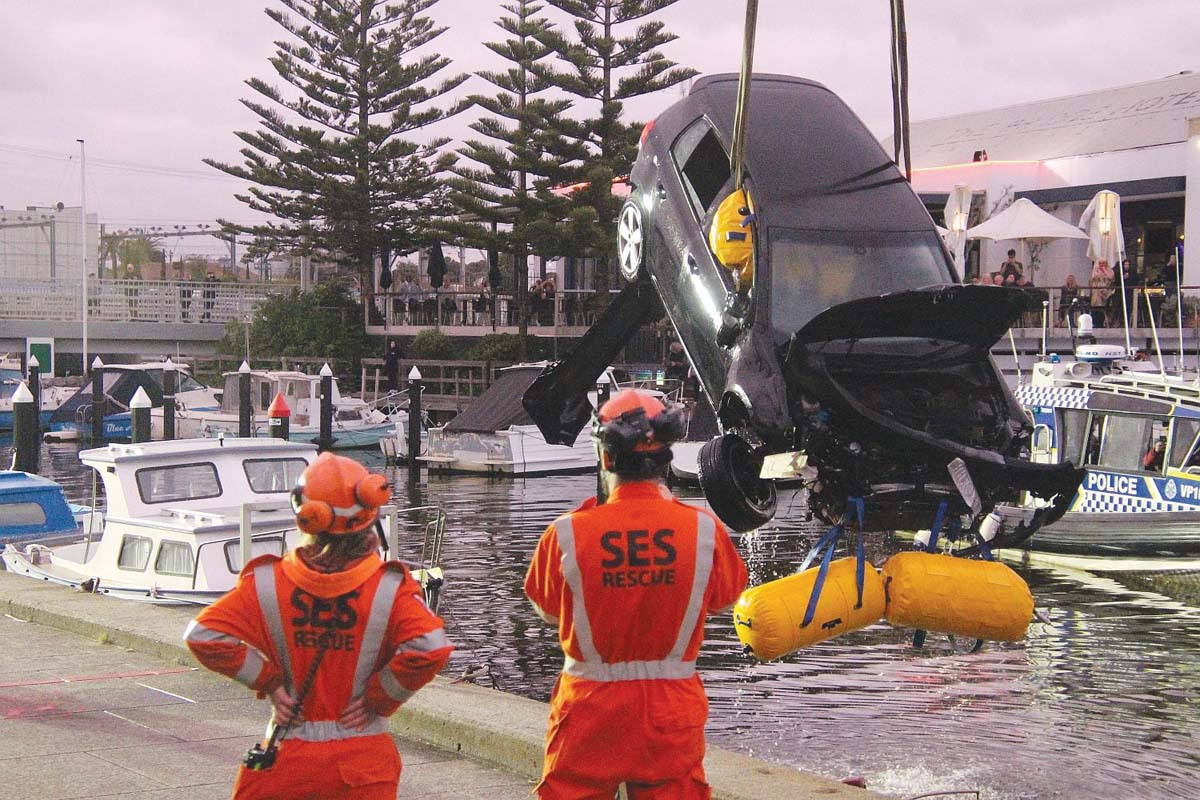 A CAR was rescued from Mordialloc Creek by SES and water police last week, 25 November.

Emergency services were called out to the scene after a car fell into the creek. The SES worked alongside police to lift the car from the water.

The operation took about three hours. Divers were sent into the water to attach flotation devices, to help position it for a 50 tonne crane to lift out onto a flatbed tow truck. The lift from the water to the truck took roughly 12 minutes.

Chelsea SES members set up lighting and closed off the Mordialloc boat ramp to stop other boats from going into the water.

Police examined the car after it was pulled from the creek.

In a statement, Chelsea SES said “great job by police search and rescue, water police and Membreys Transport And Crane Hire in getting the car out without any damage to the boats that surrounded the car.”

“All in all, the operation took some three hours to complete, a great job by everyone involved. It was also dinner and a show for patrons at Doyles Hotel, who had a ringside seat to the entire event.”