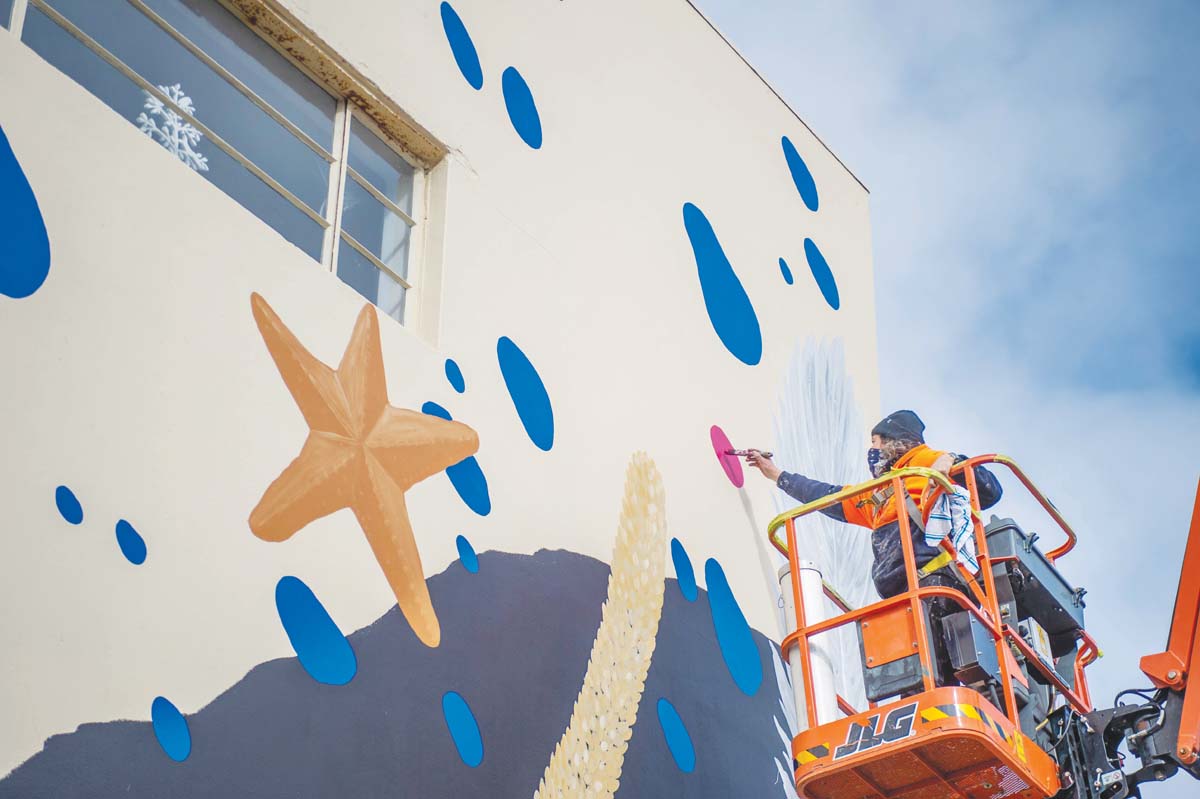 AN artist working on a mural in Chelsea last year. More public art could appear in local areas if a plan to invest in an art trail comes to fruition. Picture: Supplied
Share
Facebook Twitter LinkedIn Pinterest Email

A PUBLIC art trail beginning at Patterson River is one step closer to fruition.

At their November meeting, Kingston councillors voted to endorse “the staged delivery of a series of new interconnected public art trails across Kingston commencing at the Patterson River with up to 11 artworks, with 50 per cent of those artworks to be commissioned following detailed planning, being undertaken prior to work commencing on other areas of the trails, subject to approved funding in the 2022/23 budget and forward capital program.”

Council will receive a report next year on the costs and options for installation. The report will look into the proposed funding in council’s budget to install at least one sculpture on Patterson River by December 2022.

Kingston councillor Cameron Howe proposed that the artworks would be produced with the McClelland Gallery. “In a Melbourne first a series of interconnected sculpture trails will be built, beginning with Patterson River north to Waterways and Braeside Park and through to the iconic Beach Road, thanks to our inaugural public art budget that will see a mix of commissioned and leased sculptures proceed from next year,” he said.

“Meandering along the 6km Patterson River loop, The Camma will see spaces reimagined by celebrated artists in partnership with the McClelland Gallery with a unique curatorial direction. The rollout of the contemporary art and cultural trails in Kingston would ultimately aim to see the whole municipality connected, and it is suggested that the rollout occurs geographically from the south to north.”

Cr Howe said that moving forward with the art trail would be a “dream decision  by Kingston with added social and tourism benefits.”

The trail is proposed to start at Patterson River linked through the Edithvale-Seaford Wetlands, and run until Attenborough Park through to the Mordialloc Creek and The Bay Trail.