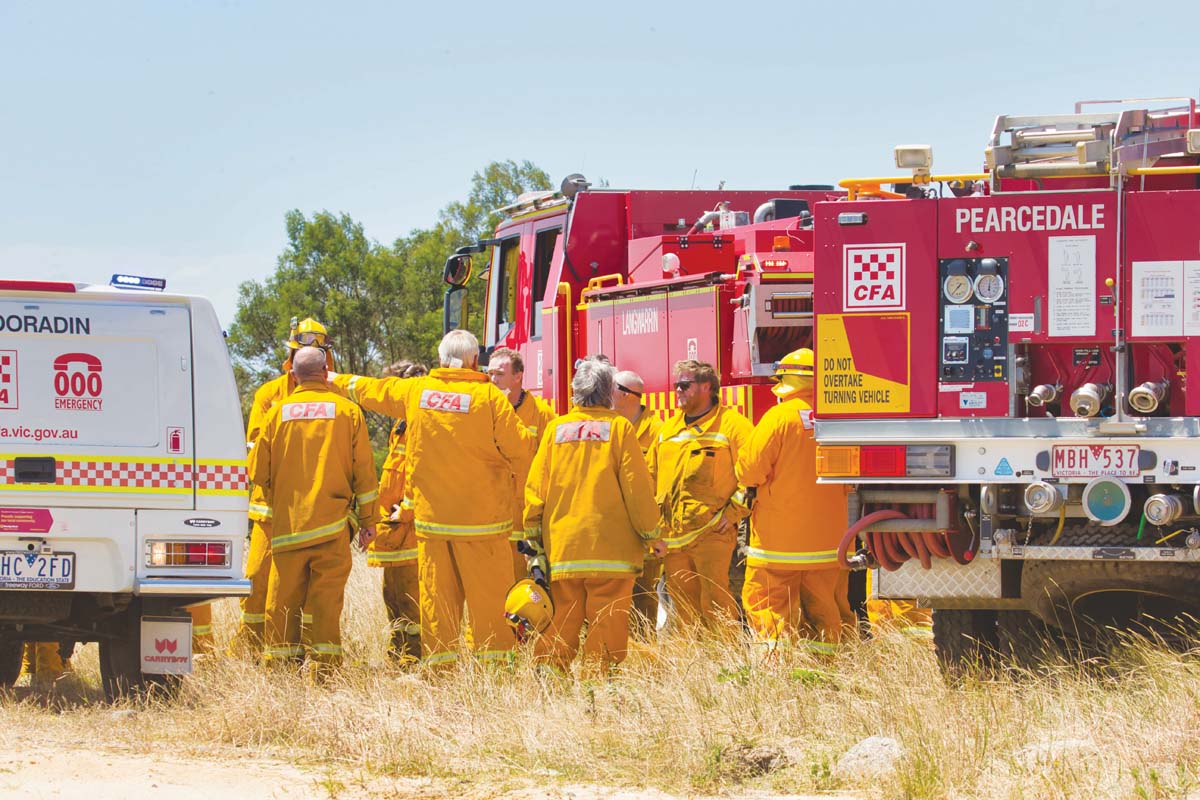 MORE than 20 CFA vehicles and air support were called in to put out a dangerous grass fire in Langwarrin last week.

At 12.45pm on 19 January, the CFA were alerted to the blaze. A fire had broken out on land near Lyppards Road.

The CFA said in a statement that by the time the fire was extinguished “approximately five hectares of grass was burnt, and the fire had impacted some non-residential assets including sheds and vehicles.”

The CFA says that the scene was “declared under control at 2.22pm”. An alert to declare that the fire presented no danger to the community was sent out by VicEmergency just after 4.30pm.