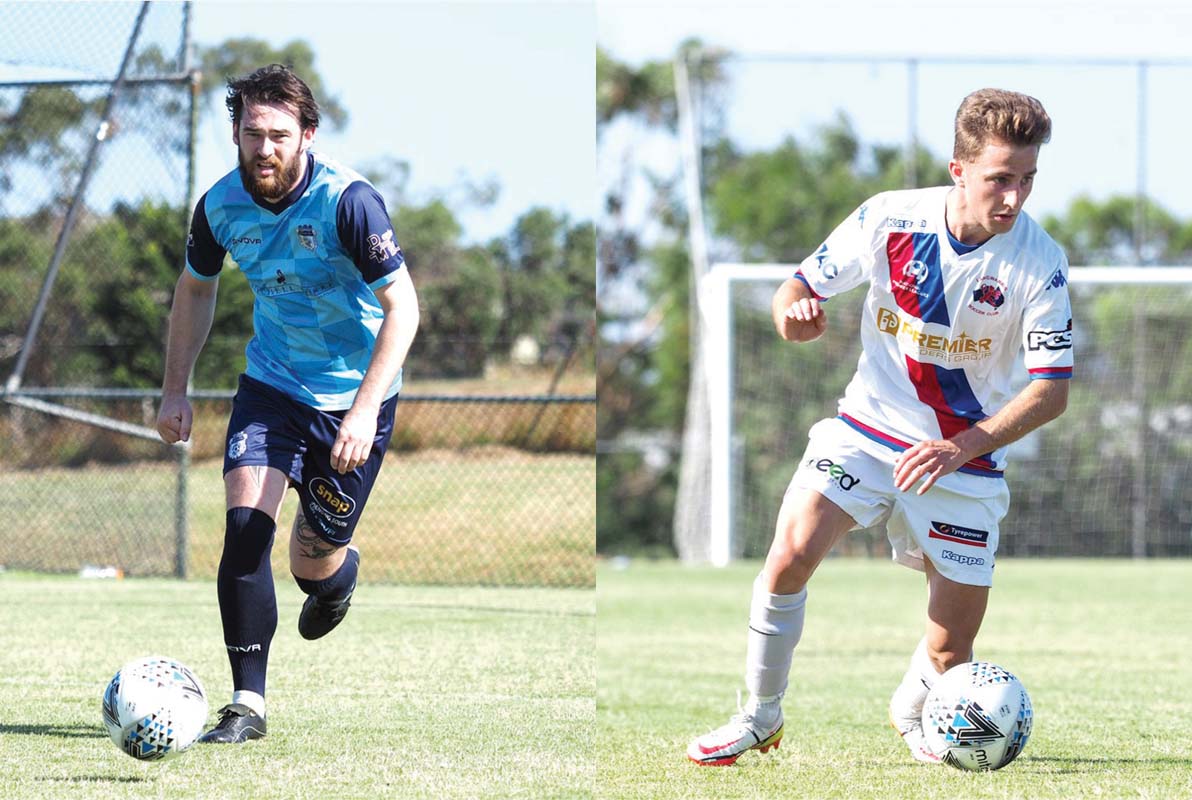 THE 10th staging of the annual Steve Wallace Cup was put on hold last weekend after clubs were hit with player unavailability due to the current pandemic.

Instead host club and event organiser Langwarrin changed Saturday’s usual format from group and finals stages to a number of one-off 90-minute games.

She plays a pivotal role in organising the charity event named in her father’s honour and this year over $2000 was raised and will be donated to Frankston Hospital’s Emergency Department.

The revamped tournament was renamed Steve Wallace Memorial Day and had Peninsula Strikers playing State 2 rival Skye United until Strikers pulled out of the fixture citing player availability as the primary reason.

“We had quite a large amount of positives among the playing group and now it’s spread to the coaching staff as well,” Striker’s president Adrian Scialpi said.

“We’re at the point that probably in the next week or so it’ll go right through our club and we didn’t want to pretend everything was alright and go down there and spread the virus.”

An All Stars side made up of past players was hastily assembled and lined up against Skye but on a very hot day younger legs prevailed with Skye winning 9-0.

Skye’s scorers were Ryan Mravljak (2), Logan Magri (2), Mikey Turner (2), Marcus Anastasiou (2) and Ali Ulum who is yet to sign from Pakenham United.

Van Heerwarden and Langy veteran Boris Ovcin have been training at Skye and both are expected to feature in this Saturday’s friendly away to Warragul United.

The reserves are at 5pm and the seniors at 7pm.

Last Saturday’s late game featured Langwarrin and Frankston Pines with the NPL2 side running out a 7-3 winner.

It was a competitive game though given Pines are in State 3.

Langy went ahead 1-0 early through Isaiah Joseph before former Langy striker Liam Baxter followed up a saved free-kick to equalise.

Langy then piled on another five goals in the next 45 minutes through Joseph, Lenny Gregory, Ryan Paczkowski, Tom Youngs from the penalty spot and a Lucas Portelli screamer.

After 60 minutes the Langy team was replaced with the under-21s.

Pines hit back through Baxter and Tito Vodowaqa before Langy 17-year-old Kyle Eichenberger completed the scoreline with a late goal.

Gregory is a 21-year-old attacking midfielder and Nielo is an 18-year-old striker.

Langwarrin will be back in action at Lawton Park this Saturday when it takes on NPL 3 outfit Essendon Royals at 1pm (under-21s) and 3pm (seniors).

The 22-year-old won’t end the new additions to the squad which seems certain to be added to in coming weeks.

The Wallace Memorial game between Mornington and Baxter was abandoned after 22 minutes due to serious injury.

Mornington was leading 1-0 thanks to a Tom Woods tap-in after a far post cross was headed back across goal to him.

He was taken to hospital and operated on the following day.

It continues a horror injury run for the 27-year-old who suffered a triple fracture above the elbow and a dislocated shoulder following a freak accident at Mornington’s pre-season training back in January 2019.

Assistant reserves coach Scott Morrison said Heseltine was a popular and important member of the squad.

“Jack’s a highly valued member of our squad and a leader with the younger players,” he said.

“He’ll be sorely missed but we will rally around him and provide the support he needs to get through his rehab.

“We’ll endeavour to have him involved with the squad in some form while he’s out of action on the park.”

Prolific Seaford striker Dylan Waugh opened the scoring in the 17th minute when he shrugged off the attentions of an opponent and slotted home.

Chris Sanderson’s outfit equalised in the 58th minute when Jake Hawkins’ throw-in was cleverly dummied by Ethan Sanderson on the edge of the area and Connor Mooney cut across a defender before calmly finishing in the bottom corner.

Mount Martha’s winner came in the 65th minute when Ethan Sanderson’s quick free kick sent Mitch Hawkins through to score against his old side.

Chris Sanderson was delighted with the outcome.

“I thought we played a good brand of football and tried to keep the ball on the deck,” he said.

“We created numerous opportunities and in the end it was a great way to kick-off our season.”

In the other early game Somerville defeated Rosebud 1-0 with both sides under strength.

Rosebud featured the Hicks brothers back from Seaford United with Blake up front and Hayden in goal and the State 5 side had the better of the first half.

Somie had the better of the second period with the only goal of this contest coming from a well-taken Conor Mcfall free-kick.

Both clubs are hoping to make new signings shortly and there’s growing confidence at Somerville that Lee Barber is putting together a competitive squad.