Another Fijian for Frankston Pines 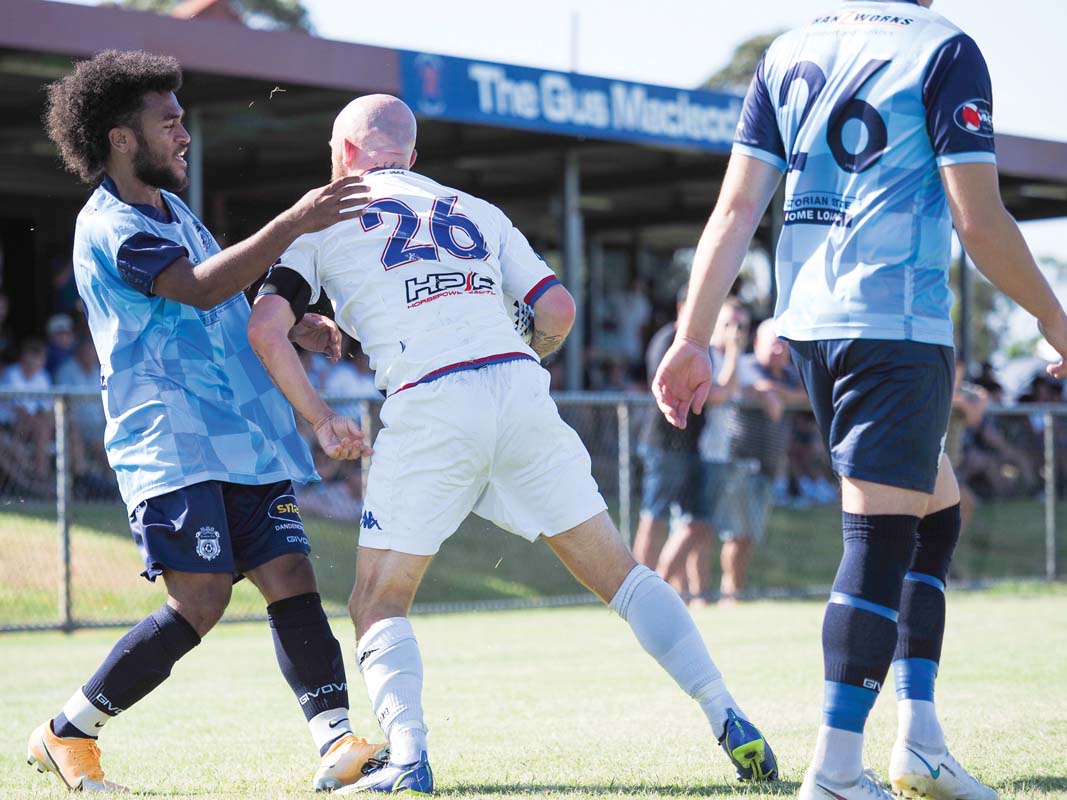 While Baledrokadroka still is trialling at NPL3 outfit Doveton the local club expected Tuigulagula and Vodowaqa to train this week despite both players trialling with Springvale White Eagles recently.

And the influx of Fijian stars doesn’t end there as Pines expect to finally welcome Nickel Chand next month.

Chand, 26, has two full caps for Fiji and played in the 2015 Under-20 World Cup against Germany, Honduras and Uzbekistan.

He is a midfielder who has played for South Australian club Millicent.

Pines have kept quiet about Dunn but were able to announce his signing last week after receiving confirmation from Fiji Football that his international transfer certificate will be processed.

Touted as one of the rising stars of Fijian football he was given high praise by Fiji coach Flemming Serritslev after being called into a national squad training camp last October.

“He is a fast learner with a lot of talent and understands the team training that we did in the camp,” said Serritslev.

“He is very young and not all players his age can do what he can.

“I was really pleased with his performance.”

Pines featured in a pre-season double header at Lawton Park on Saturday going down 3-0 to NPL side Altona Magic in the early game.

Dunn lined up against a team playing five divisions higher than Pines and was impressive.

Pines again had Liam Baxter up front but the Scot struck a second half penalty attempt against the crossbar.

In the second clash at Lawton Park home side Langwarrin ran out a 4-0 winner against Essendon Royals.

The opener came from a good James Kelly finish in the 20th minute after he’d been put through by Tom Youngs and when Youngs was dragged down by the last Essendon defender the referee sent him off but both benches decided to let him stay on the pitch and keep the contest at 11 a side.

A superb curling shot from Min Fa after a solo run from left back in the second half made it 2-0, a Lucas Portelli free-kick made it 3-0 and Jacob Brito finished off the scoring after a fine through ball from Lenny Gregory.

State 1 title contender Mornington completed a busy three-game schedule in the inaugural Gippsland Cup kicking off with a 3-0 win against a Latrobe Valley Select last Wednesday.

On Friday night Mornington lost 3-1 to Eastern Lions with Wayne “Buzza” Gordon scoring for the local side and on Saturday Mornington lost 2-1 to Melbourne Victory with Josh Hine on target for Adam Jamieson’s outfit.

“I was absolutely rapt with the way the weekend went not just on the park but off it,” Jamieson said.

“It was really important to us.

“The only downside was Kane Bentley’s injury on Wednesday and we’re waiting for scans to determine how serious it is.

“He dislocated a knee but we’re looking at a potential ACL.”

The news about a possible signing was much more positive as Peninsula Strikers midfielder Danny Brooks had a fine tournament.

Mornington lines up against Clifton Hill on Thursday at Dallas Brooks Park at 7.30pm.

Langwarrin’s Boris Ovcin and Alex Van Heerwarden both played for Skye and are expected to sign.

South Yarra opened the scoring from the penalty spot in the second half but Strikers levelled through Huss Chehimi who had scored for the reserves earlier.

Dakota M D’Brass nabbed the winner with a superb pierce of individual skill going past both central defenders and making no mistake from a one-on-one with the South Yara keeper.

Strikers are back at Centenary Park on Saturday against Dandenong South at 1pm and 3pm.

In State 4 Baxter had an impressive 6-1 win over State 2 opponent Mooroolbark at Baxter Park last weekend.

Charlie O’Connell scored four goals, his largest haul since joining the local side from Mornington for the 2020 season.

Lachie McMinimee and an own goal rounded off the Baxter scoring.

Nat Daher (hamstring) and Keiron Grant (knee) were replaced during the match but the club is hopeful they have not suffered long-term injury.

Baxter hosts Skye United on Saturday at 1pm and 3pm.

A depleted Chelsea lost 6-1 against Casey Panthers at Prospect Hill Reserve on Saturday.

Chelsea coach Carlo Melino only had 23 players for both squads with 15 players unavailable due to work commitments.

It was 1-1 after 60 minutes when Melino was forced to substitute five players with reserves who had played a full game in the earlier match.

“They were able to put on four fresh players and the last 30 minutes was a blood bath,” Melino said.

Chelsea will take on Pakenham United at IYU Recreation Reserve this Saturday at 1pm and 3pm.

In State 5 Rosebud drew 0-0 with Essendon United at Olympic Park on Saturday night.

Both sides were hit by player unavailability with Essendon playing many of its reserves.

Macnab’s side takes on Lyndale at Lyndale Secondary College this Saturday at 1pm and 3pm.

Mount Martha hosted Somerville Eagles on Saturday at Civic Reserve and lost 4-2 to its State 4 opponent.