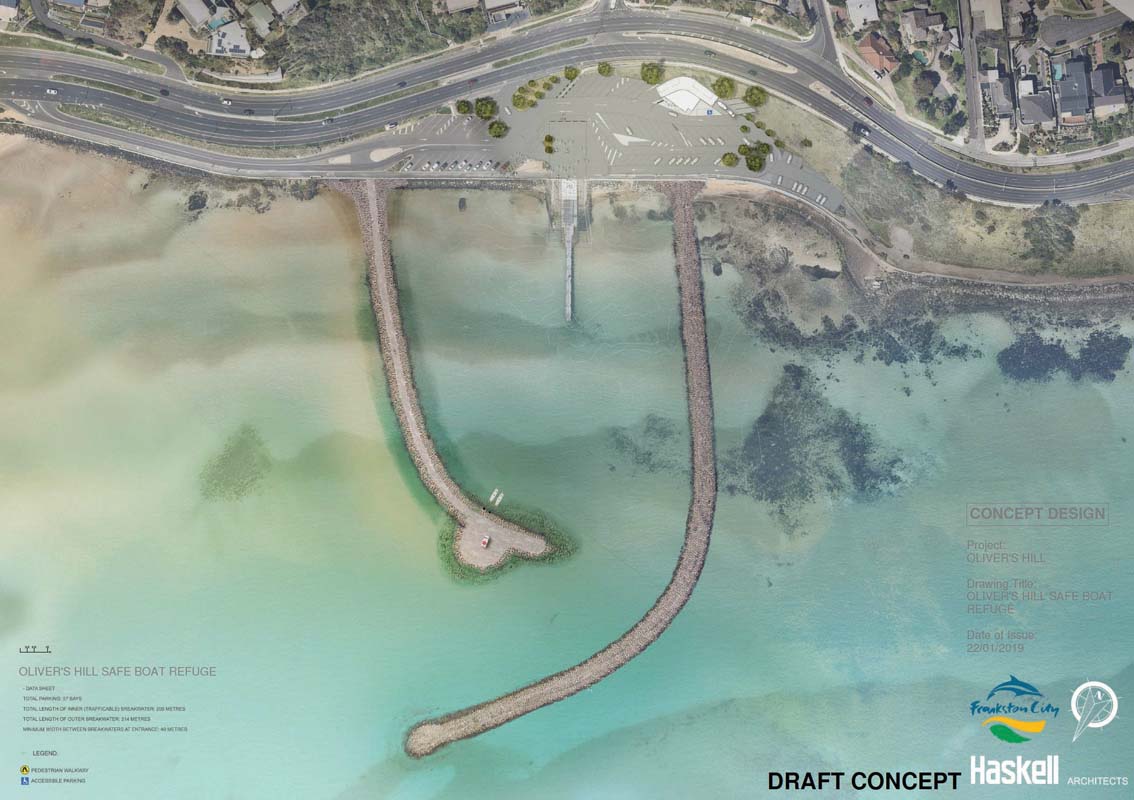 PLANNING for a safe boat harbour in Frankston will be undertaken as part of a state government plan to improve boating in Victoria.

The Victorian Recreational Boating Strategy recently released by the state government outlines key projects and priorities in Victorian waterways. The 2021/2022 action plan attached to the strategy recommends commencing planning for a Frankston safe harbour to “enhance the Victorian boating experience”.

Better Boating Victoria said through a spokesperson that it hopes that building a new “destination facility” at Frankston will provide “more berthing for Port Phillip boaters”. However, the prospect of building a boating facility in Frankston has left some environmentalists seething.

The action plan lacks details about exactly where the boat harbour would be or what it would look like. A spokesperson for Better Boating Victoria says “the location and scope of any facility would be further explored through consultation with locals, user groups and facility and land managers.”

“There is limited availability of public destination facilities in this section of the bay, and the provision of additional berths, moorings and tourist jetties will aim to accommodate future growth and support local boating tourism,” the spokesperson said.

Not too long ago, a lack of state or federal government support saw Frankston Council scrap a proposal to build a boat refuge at Oliver’s Hill. That decision was made in October 2019.

Kananook Creek Association life member and 2020 Frankston senior citizen of the year Rob Thurley is one prominent environmentalist furious at renewed plans for a boating facility in Frankston. He said “it’s an insane proposal for many reasons to put a marina in Port Phillip Bay, a place which has been set up as a marine sanctuary. The reefs are not there to be concreted in, they are valuable in their own way.”

“It will take two or three years alone to do a proper environmental effects statement. Any proposal, if it was funded privately or by the state government, needs the necessary studies. We need independent and reliable studies,” he said. “This has been looked at for five decades, the economic, environmental and social implications of a marina. In October 2019, council acknowledged there was no support for a facility at Oliver’s Hill and we thought it was dead.

“Why on earth would you put at risk the safest and cleanest beach in Victoria? (…) Will this council lie down and let the state government do what they want at Oliver’s Hill or will they act transparently on behalf of the residents who live here and stand up to them?”

When asked for Frankston Council’s position on the construction of a safe boat harbour, the mayor Nathan Conroy said “in October 2019, councillors voted unanimously on an extensive resolution related to the matter – noting the challenge for council to further develop and advance a project of this magnitude, community interest and importance for broader levels of government. They also noted that detailed technical assessments on the boat harbour project were to be forwarded to the state and federal governments for consideration.”

Cr Conroy stressed that council did not have a preferred location for a future boat harbour.

He did confirm that council had provided “a range of existing information, most of which has been available on council’s website since 2019” to Better Boating Victoria to help it form its action plan.

In 2018, council committed $8 million to build a boat refuge and facility to home the Coast Guard at Oliver’s Hill. Its efforts to secure matching funding commitments from the state and federal governments failed, and ratepayer money was eventually withdrawn (“Coast Guard move to Yacht Club ticked off” The Times 21/10/19)”.

A decision was taken to move the Coast Guard into the Yacht Club building instead. That position also changed, with the organisation now to be permanently based out of the Mechanics Institute building.

The release of the 2021/2022 Victorian Recreational Boating Strategy action plan breathes new life into the idea of a boat refuge somewhere in Frankston. After the release of the strategy, boating minister Melissa Horne said “boaters told us what their priorities were in their regions, and the strategy has acted on that feedback to make boating even better across Victoria – whether it be cheaper, safer or more accessible boating.”

“The development of this strategy through consultation with boaters ensures our unprecedented investment is funding the right projects in the right places,” she said.

Annual action plans will allocate yearly spending through the better boating fund. The fund is reinvesting $33 million this financial year into boating projects and programs.