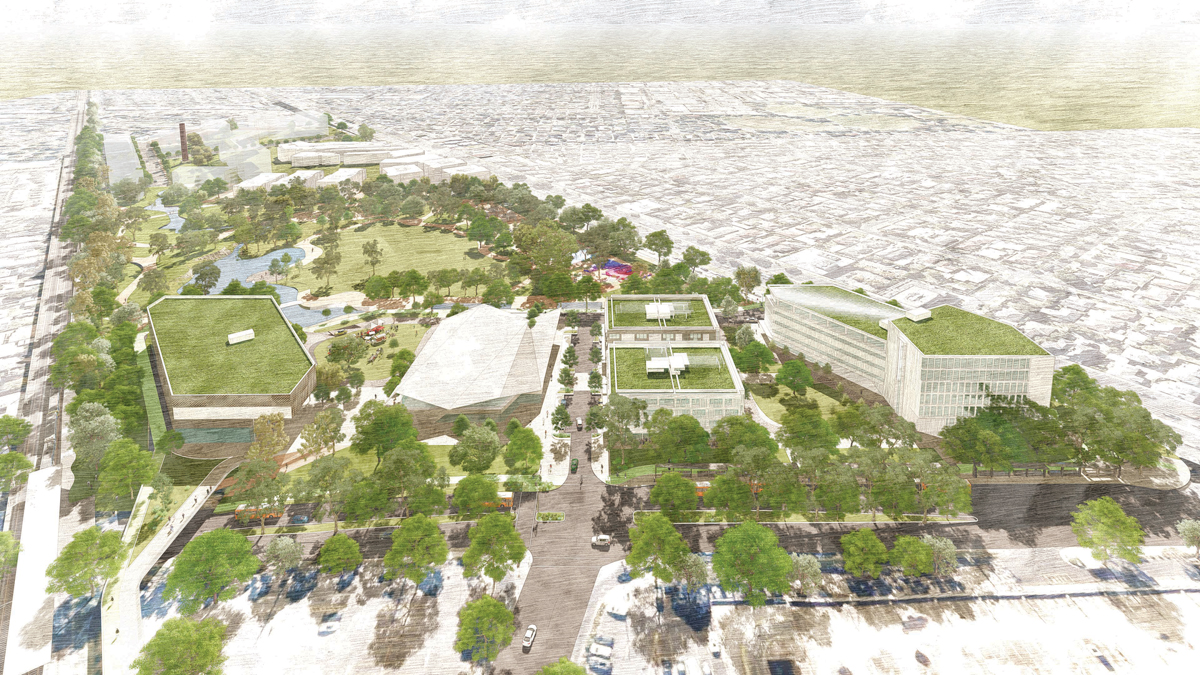 KINGSTON Council has released its own alternative plans for suburban rail loop sites in Highett and Heatherton.

Council’s plans feature an underground pedestrian connection to Southland Station and Westfield Shopping Centre and a green roof over the train stabling yards at Heatherton.

The advocacy document adopted by council reveals that it is concerned about the “significant” loss of open space at Sir William Fry Reserve, where the new Cheltenham Station will be built. Its alternative plans include more open space, a new skate park, and the continuation of the Kingston Farmers Market.

The location of stabling at Heatherton has also been a point of contention between Kingston Council and the state government. Council wants the former landfill site which the stabling is planned to be built on to be used on the Chain of Parks project instead.

In its latest statement on the rail loop plans, council says it will pursue “a detailed mitigation strategy” if it cannot successfully advocate for the stabling to be built elsewhere.

“Council opposes the Delta site being used for a train stabling yard, instead council and the community expects the delivery of the long-awaited Chain of Parks,” the Kingston Council statement read. “However, if the project proceeds steps should be taken to minimise the negative impact on nearby homes and our Green Wedge [by building a] green roof over the stabling yard, creating wetlands area, retaining Old Dandenong Road access, improved pedestrian connections, increased green open space, [and establishing] better bus connections.”

Kingston mayor Steve Staikos says he hopes that the council plans will help the state government plan the rail loop. “The SRL will shape our community for decades to come and these visionary plans showcase the high-quality community and environmental outcomes that could, and should, be achieved,” Cr Staikos said.

A spokesperson for the state government said “we continue to work closely with Kingston City Council to deliver this city-shaping project to its full potential and make it faster and easier for locals to travel.”

The Suburban Rail Loop Authority and Kingston Council have met more than 40 times to discuss the project. It is understood that in line with council requests, the SRLA has agreed to preserve and upgrade the Kingston Linear and Henry Street reserves with new pedestrian and cycling connections built on Kingston Road.

The SRLA will aim to replace the Farmers Markets and skate park at Sir William Fry Reserve before they are removed.

Construction on SRL East will occur between Cheltenham and Box Hill this year, and likely cost more than $30 billion to complete. That section is expected to be finished by 2035. When finished the rail loop will link every major train line and provide a connection to Melbourne Airport.

The environmental effects statement inquiry is expected to start on 28 February.