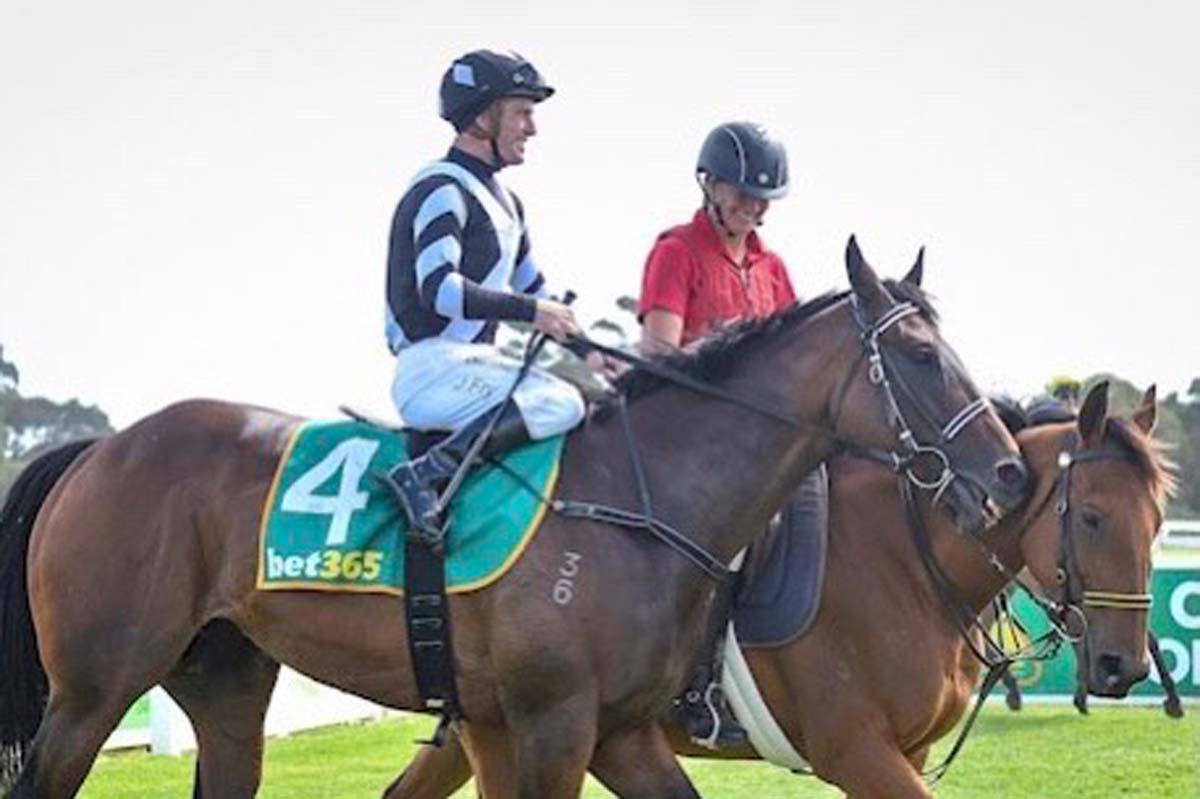 WITH just two horses currently racing, Balnarring-based trainer Cheryl Weller had the perfect day out at Colac on Friday, landing a winning double.

After her well-bred five-year-old I Shot The Sheriff (Snitzel x Miss Power Bird) broke through for a determined maiden win in race two, Weller kept her cards close to her chest with her second galloper, Contalmaison, jumping as the race-favourite in the fifth event.

“It’d be too good to be true,” Cheryl Weller said in a post-race interview following I Shot The Sheriff’s victory.

Jockey Jarrod Fry, who had his first ride for Weller aboard I Shot The Sheriff, also partnered the stablemate in the fifth race.

In similar fashion to I Shot The Sheriff, Contalmaison went forward and sat outside the leader before edging clear in the straight and fending off the challenge of the Andrew Noblet-trained Rogue Star to win by a long neck.

The narrow victory completed Weller’s first Australian double and brought up her eighth victory since joining the Victorian training ranks in 2019.

“I had some doubles back in England but it’s the first time that I’ve done it down here – it’s just fantastic,” she said.

“I’ve got two horses that are actually racing so it’s what we dream of.

“It’s the first time Jarrod Fry has ever ridden for me too and he’s had a double so it’s great for him as well.”

Weller previously trained jumpers and rode in point-to-point races in England before moving to New Zealand where she gained further knowledge from master horseman Murray Baker.

She prepared a small team and tasted some success in New Zealand before making the move across the ditch and taking up a role with Mornington-based trainer David Brideoake.

Weller, now holding her own training license, utilises the Balnarring beach and keeps her horses happy with trail rides to get the best out of them.

Her method of training is clearly working wonders with her small team that relish the different lifestyle.