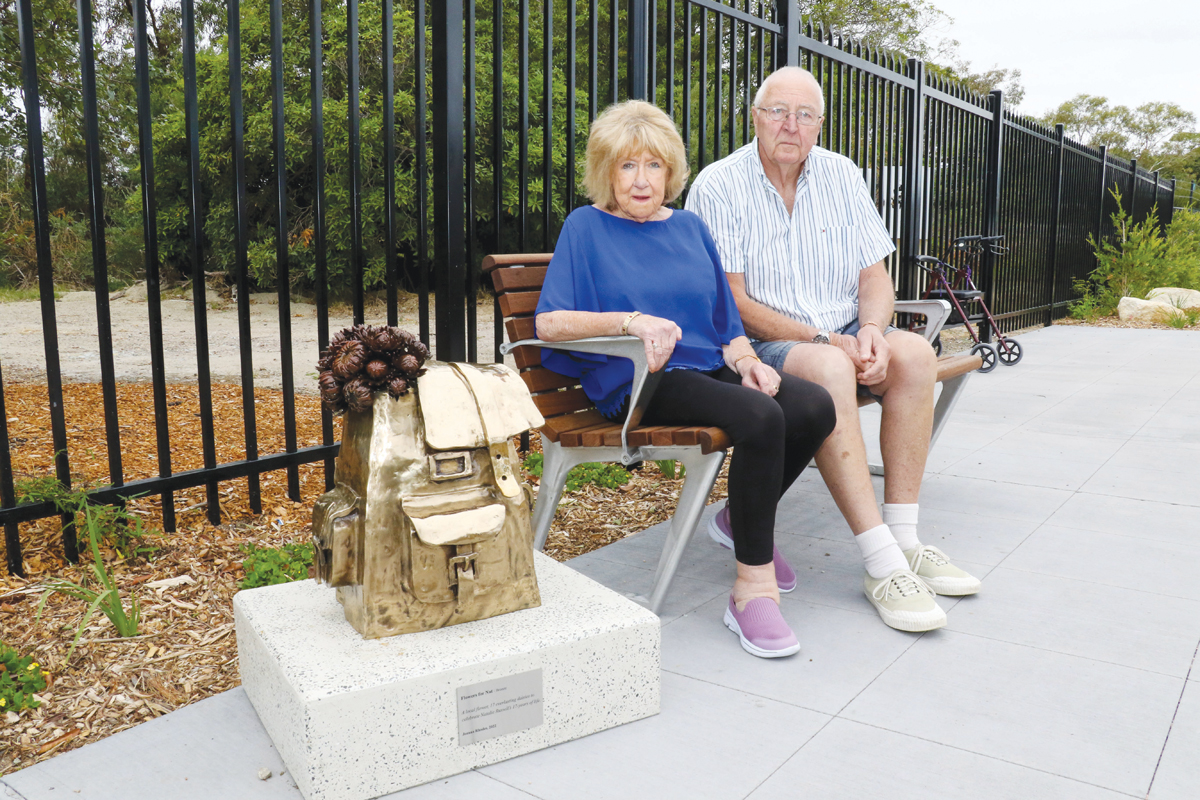 A SCULPTURE memorialising Frankston student Natalie Russell has found a home on the track she was taken from.

Natalie Russell was murdered in 1993 after being taken while walking home from school. The track she was taken on has since received safety upgrades, and is now named Nat’s Track.

Last week, Ms Russell’s parents Brian and Carmel helped unveil a sculpture which has been installed on the track in their daughter’s memory.

The sculpture is of a school bag with 17 daisies poking out of it, one for each year of Ms Russell’s life. Brain Russell said that the artwork was a fitting tribute to his daughter.

“We think it’s absolutely beautiful. It could not be more expressive. It tells the tale of an innocent schoolgirl going to and from school,” he said. “I am impressed with the whole upgrade to Nat’s Track. It’s fantastic and been worth the wait.”

Nat’s Track links Skye Rd in Karingal near John Paul College to Monterey Secondary College in Frankston North. Frankston Council has spent $185,000 on safety improvements at Nat’s track this financial year. Frankston mayor Nathan Conroy said “the memory of what happened to Natalie and other victims will forever live on in the hearts and minds of our community, so it is critical that it is well maintained.”

Upgrade works include the addition of new sustainable lighting and beautification of the area around the track.

Peninsula Kingswood Golf Club and the National Golf Club have also contributed to the project by replacing 100 metres of fencing, using a $20,000 council grant.