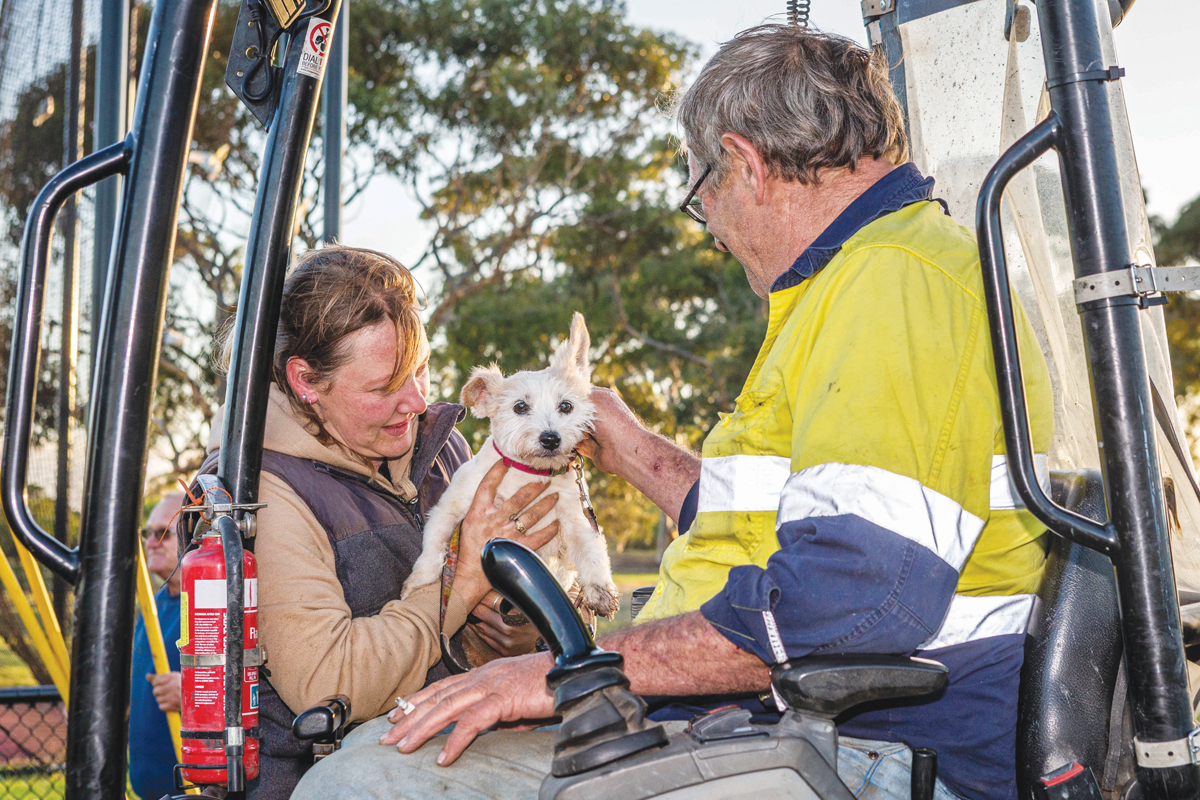 A DOG has survived an all night ordeal stuck in the pipes under a Frankston sports ground.

14-year-old Jack Russell Terrier Tuppence was walking at Ballam Park with her owner when she ran off into some pipes. She became stuck inside, and spent the next 11 hours there.

Tuppence’s owner Laura Sorraghan said she was overwhelmed with emotion when her dog was finally freed. “I was beside myself laughing and crying,” she said. “She went in just before 8pm and then they got her out at around 7am. She was fine, she was a bit stiff the next day but she had a massage and she’s been all good.”

Ms Sorraghan said she was able to get her dog free thanks to the help of others. “There were two people on the oval on the cricket pitch with their dog, I ran over to them and told them my dog was stuck in a pipe and they came over and tried to call her. He then rang council then they rang the CFA. The CFA came but they had to leave, which is when the SES came. They were there until about 5am,” she said.

“A mate of my dad’s has got an excavator, eventually they dug her up and got her free. Lee Milburn from Peninsula Directional Drilling was a big help, I really want to thank him.”