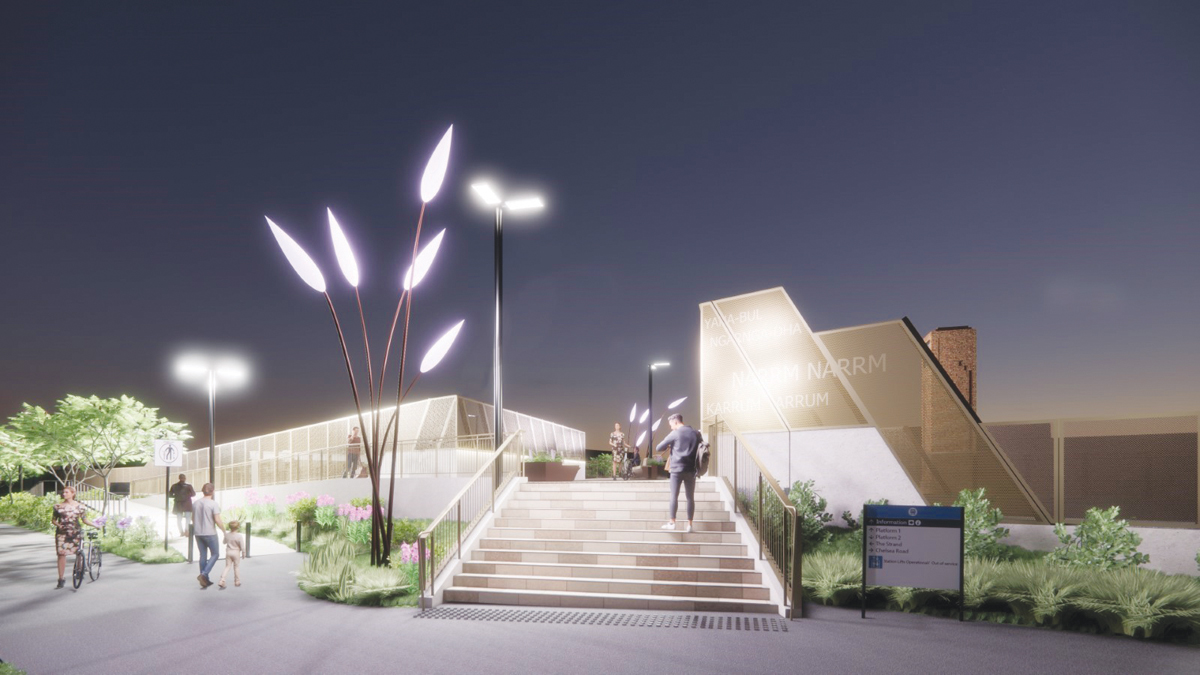 Station sculptures: New artworks will be installed soon at Chelsea, Edithvale, and Bonbeach stations. A sculpture of blades of grass will be put up at Chelsea Station (pictured). Picture: Supplied
Share
Facebook Twitter LinkedIn Pinterest Email

ARTWORKS are set to be installed at the new Edithvale, Bonbeach, and Chelsea stations.

An art piece made using recycled plastics will be put up on a station wall at Edithvale. The piece will feature five black wings and four feathers, a tribute to the story of the black crow passed down by the Bunurong people. Artist Jenna Lee says “I wanted the work to show abundance and movement, to hopefully get people interested and asking more about what used to be here.”

“The work grew and evolved so much from the support and guidance from the Bunurong traditional owners, this work wouldn’t look this way without their input, and I am so grateful for their generosity,” she said.

At Bonbeach Station, an artwork by James and Eleanor Avery has been approved for installation. The sculpture will be of a bird, inspired by the birdlife in the nearby wetlands.

James Tapscott has created a sculpture depicting the grass growing along Chelsea Beach for Chelsea Station. He said that through his work, he wants to “bring the joyous and relaxing energy of fluffy beach grass swaying in the wind to a site where visitors tend to be in an anxious rush.”

“I think it’s something everyone can enjoy and relate to in some way. Who hasn’t run their hands through a cluster of fluffy grass plumes or plucked one and twirled it round in their fingers while sitting on a beach,” he said.   “Designing and producing a kinetic, site responsive public artwork at this scale poses quite a challenge but we’re embracing it and looking forward to the results.”

The artworks are due to be complete by the middle of the year. Transport minister Jacinta Allan said “we’re looking forward to seeing these three stunning public artworks take shape to further improve the new stations and deepen the infrastructure’s connection to the local area. The unique artworks by these three acclaimed artists will be enjoyed by locals and visitors long after the crews have added the finishing touches to the new station precincts by mid-2022.”