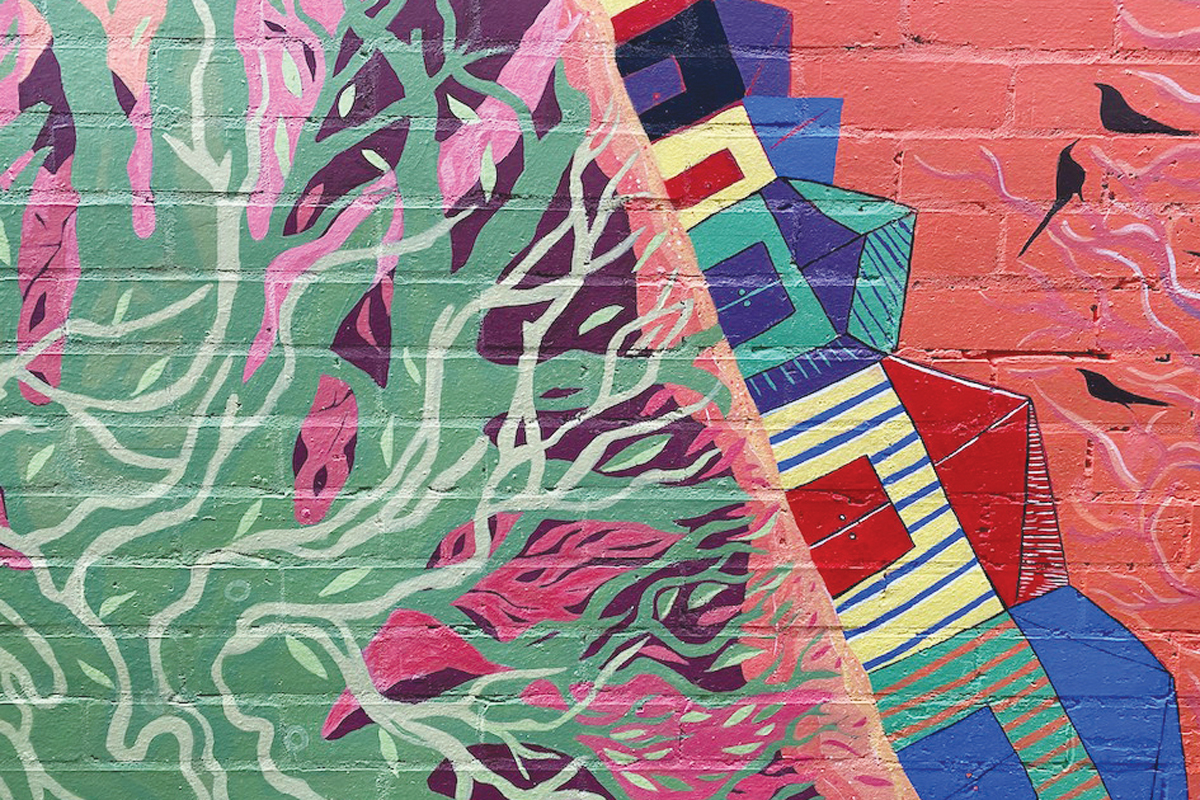 A MURAL spanning 40 meters at Chelsea Station has been completed.

The mural, titled Art Pass Reimagined, was painted by artist Anu Patel. It replaces another mural by Ms Patel at the pedestrian underpass of the now-demolished Chelsea Station.

The mural was funded by the Level Crossing Removal Project in partnership with Kingston City Council. It features black swans on a pond.

Students from  Chelsea, St Joseph’s and Bonbeach primary schools helped develop the mural in workshops. Ms Patel said that the artwork was a team effort.

“Amazingly we’ve had some people who were involved in the project 10 years ago who are also part of the project this time — and some new faces,” she said. “There is a guy who comes in from Frankston, he does tours of the laneways of Frankston, and he’s really excited about bringing new people to see the work.”