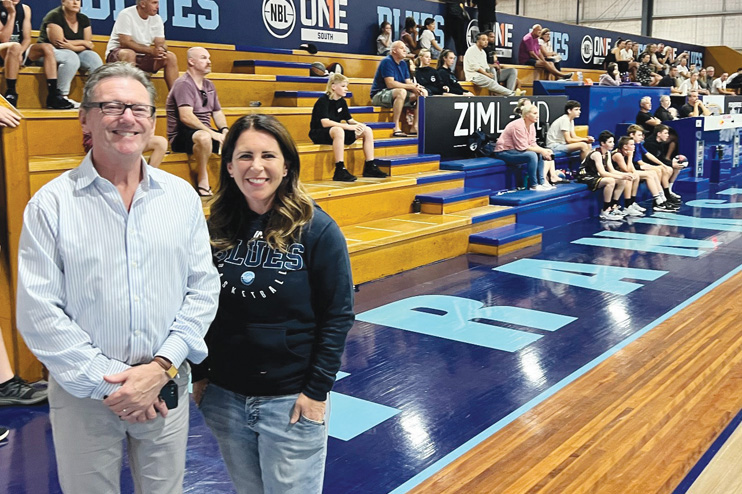 FEDERAL funding for the redevelopment of Frankston Basketball Stadium has been secured, with both Labor and Liberal candidates for Dunkley committing to the project.

Liberal candidate for Dunkley Sharn Coombes announced last week that the federal government would allocate $15 million to the planned redevelopment of the stadium. She said the funding was “not an election commitment, this is real money which will be delivered regardless of the election outcome.”

“This means more basketball courts, upgrades to existing facilities, and even a gymnastics centre,” Ms Coombes said. “I heard the community, realised their need for more courts, better facilities, and got to work advocating.

“This is really exciting. It means the Frankston and District Basketball Association can get on with their redevelopment, accommodating the nearly 10,000 members and players in a rapidly expanding association. I had already identified the Frankston Basketball Stadium as a key priority for upgrade in my local plan, and after advocating for the project with senior government figures such as Senator Jane Hume I’m thrilled that this project has now been funded.”

Ms Coombes’ announcement followed an announcement from federal Labor last month that it would spend $15 million on the project if elected (“Labor plays ball on stadium project” The Times 29/3/22).

Frankston Council is putting in $15 million of ratepayer funding towards the project. It is still seeking funding from the state government before the upgrade can proceed.