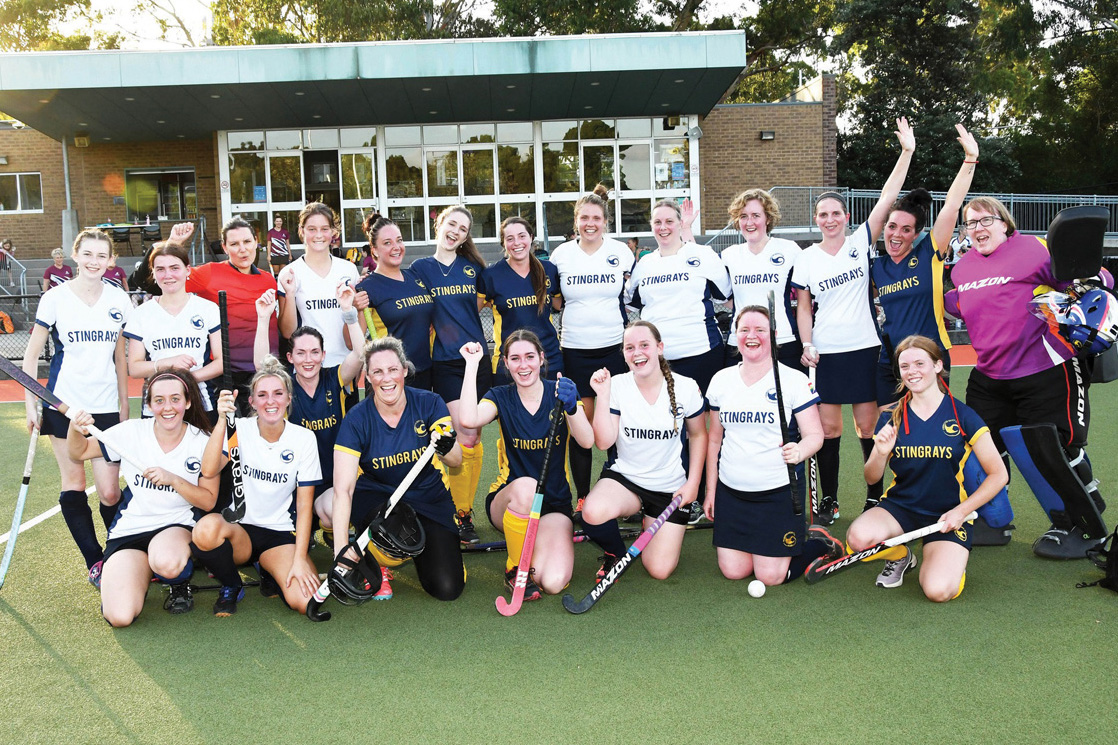 FIELD hockey in Frankston is facing an uncertain future, with local clubs needing to find a new home by 2027.

The clubs now have six years to lobby for new facilities elsewhere after the university advised the contracts for the facilities would not be renewed beyond 2027.

Mr Wall said the hockey organisations had faced issues with congested pitch use for years, so two new facilities- one in the City of Frankston and one in Mornington Peninsula Shire- would be ideal.

“During our regular season, the pitch is used up to seven days per week,” he said. “As our sport grows in popularity, we might see senior teams training times start as late as 9pm with the current pitch. It’s not very attractive to newcomers.

“Based on the member base, our ideal location will be within the City of Frankston itself. We’re a proud Frankston community sports club and to move the club outside of our hometown would take away from the roots of our club. The Frankston Hockey Club would love nothing more than to stay in Frankston.”

Mr Freeman agreed. “The need for a new hockey pitch on the Mornington Peninsula has been apparent for over a decade. Since the time that we were fielding 30 junior and senior teams over a decade ago we have always required more pitch time to train and play at,” he said.

“Notwithstanding the need to have our own home on the Mornington Peninsula, not in Frankston where we could grow the sport and have the same clubroom facilities afforded to other local sports.”

Mr Freeman said the ideal location for a Mornington Peninsula facility would be north of Mornington-Tyabb Road, easily accessible from Peninsula Link.

Rhonda Bennet, president of the PWHA said the association had been based in Frankston for 59 years. “We currently have the most beautiful facility at Monash University Frankston Campus but due to Monash deciding community sport no longer fits into their business plan, our contract will not be renewed,” she said. “The ground is currently bursting at the seams with training and games so now is timely to investigate a new, larger facility.”

Frankston City Council mayor Nathan Conroy said officers had been involved in initial meetings with stakeholders including Hockey Victoria, Monash University and Mornington Peninsula Shire Council to discuss future ground requirements for the hockey clubs that are currently based at the Monash University Peninsula Campus site. Mornington Peninsula Shire’s manager of strategic and infrastructure planning, Katanya Barlow, confirmed they were aware that the hockey club needed to find a new ground and were looking at potential solutions.

A Monash University spokesperson said the original agreement was signed in 2002 and extended for a further 20 years in 2007.

“Given the time frames involved with developing new facilities and with the current agreement ending in less than six years, Monash University recently facilitated discussions between the two local government authorities and representatives from Hockey Victoria to discuss strategies to support the sport in the region,” the spokesperson said. “The discussions provided a good opportunity for each of the stakeholders to share their current strategic plans and to agree to work together on a shared vision for future hockey facilities on the Mornington Peninsula.

“Monash University is acutely aware of the importance of the current centre in supporting the local community clubs that call it home. The University will continue to work with all parties to ensure that the transition from the current facility to a new long term home has minimal impact on these clubs and on participation in the sport by local community members.”