McCabe gets the ‘monkey off the back’ 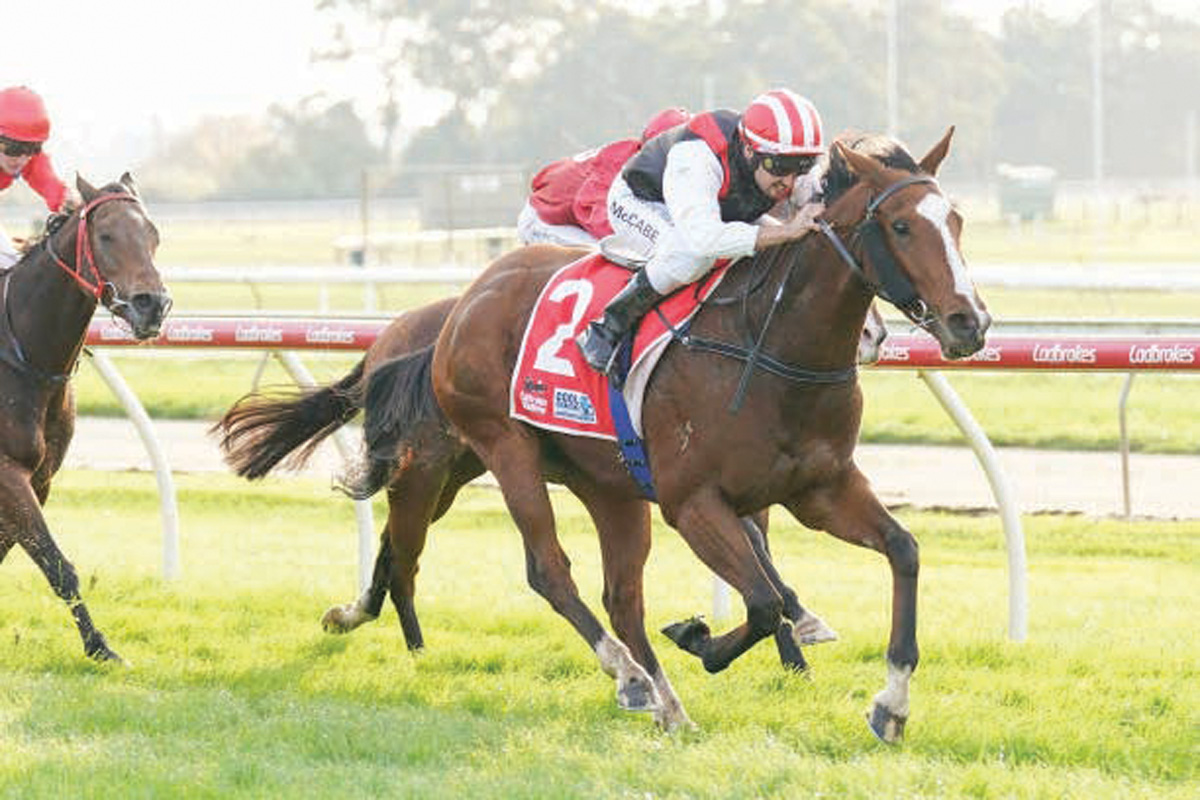 AFTER four years out of the saddle, former trainer, now returned jockey Adam McCabe has claimed his first winner back.

McCabe, who returned to race riding in February this year, combined with Mornington-based trainer Paul Rocke to win comfortably aboard State Of Class at Moe last Monday 25 April.

The 31-year-old jock who shares his riding duties between Mornington and Cranbourne trainers was thrilled to knock off his first winner back.

“You can start to overthink it when you’re running around the mark and getting placings on the lower grade horses,” McCabe said. “It’s good to get the monkey off the back now and start to get some consistency going. We’ve got one away and there should plenty more to come.”

McCabe, who trained five winners (and 12 placegetters) from his 56 starters as a trainer, made the call to return to riding earlier this year.

With his four-year-old son Phoenix at the forefront of his mind, McCabe decided the change would be for the better.

“I trained for four years and had fairly good success with the horses I had with me, but it just wasn’t something I could maintain doing,” he said.

While he expected it to take time to find his groove again, the already accomplished jock with over 200 winners to his name said it’s started to pick up quicker than he initially thought.

“The first thing I had to get under control was my weight. Once I got it to a manageable weight, it was pretty much back to square one,” he said.

“I had to ride in 20 jumpouts and then 10 official trials and get the tick of approval before then being allowed back at the races. It was a long process but to be honest it wasn’t too bad.

“I had to get my eye back in but now that it is I’m actually getting some nice opportunities.”

With his first winner out of the way, McCabe said his next six months would be focused on trying to build some consistency.

“I just want to try keep the weight right and start riding consistently and everything should really start to fall in place.”