Seagulls in crisis, CJ bows out 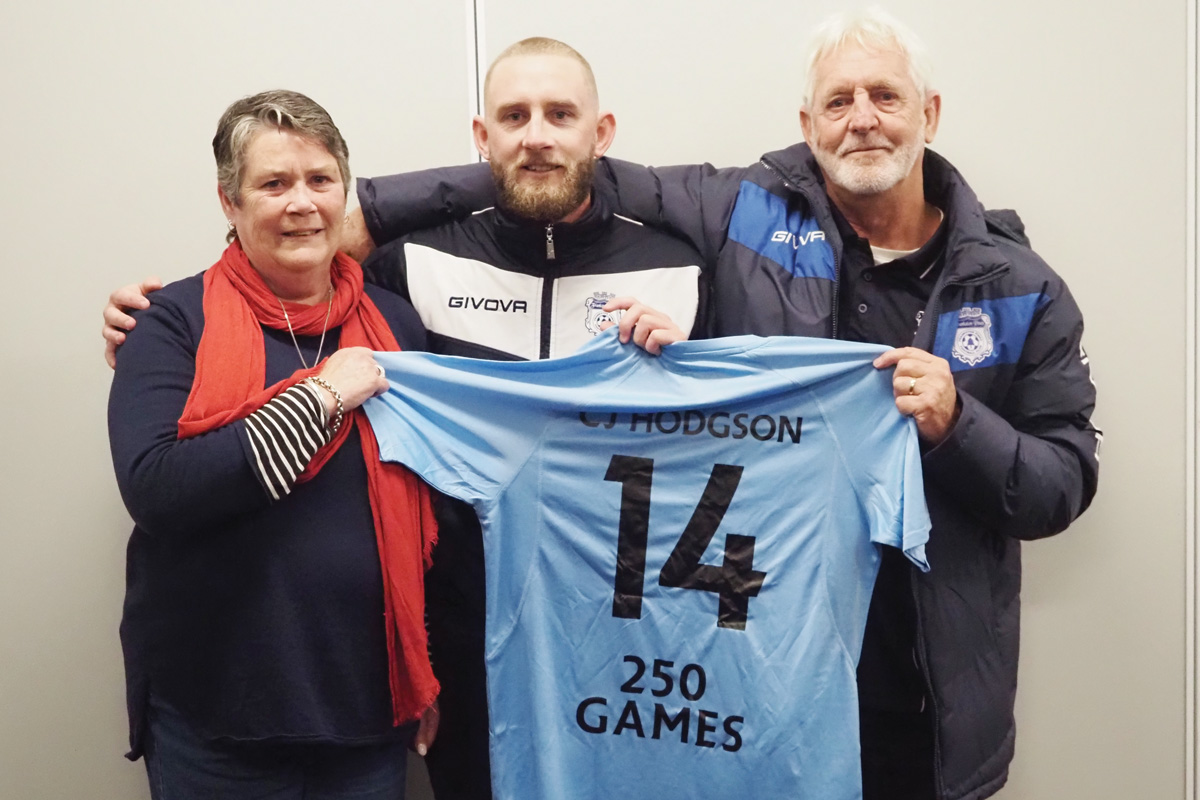 MORNINGTON’s injury crisis, CJ Hodgson’s playing finale and Rosebud’s drought-breaking win in a nine-goal thriller were major talking points in an action-packed round 7 of the league season.

Mornington’s woes started over a week ago when marquee striker Josh Hine was rushed to hospital and underwent an emergency appendectomy.

He is expected to miss between four and six weeks.

First-choice keeper Taylor Davidson was expected to return from suspension last weekend but on Friday he was in hospital having wisdom teeth removed.

Davidson’s replacement Josh Gates broke down during the warm-up on Saturday and reserves keeper Jerry Swift was thrust into the role.

During Saturday’s 2-0 home win over South Springvale – thanks to Josh Heaton’s first half header and Matt Harrington’s second half strike – the Seagulls also lost Luke Goulding (dislocated shoulder), John Maclean (dislocated shoulder) and Harrington who was yet to be diagnosed as we went to press but was wearing a moon boot and may have a metatarsal injury.

Star Scottish import Rhys Craigie came off the bench in the second half but had not been available since the opening match of the season while recovering from an adductor strain and Sam Scott landed awkwardly against Fitzroy City in round 5 and looks set to miss another week at least with a foot injury.

Not that the club’s off-field situation has been immune to upheaval.

The vacancy left by Nathan Peel’s recent resignation as assistant coach was filled by Gerry McDonagh who is in his second stint at Dallas Brooks Park.

McDonagh is a former Berwick City head coach and has had assistant roles at Bentleigh Greens and Dandenong City.

He was thrust into the spotlight last weekend along with Marty Ashton as they were in charge of first team duties while head coach Adam Jamieson was in isolation.

Mornington is in talks with two NPL players – a defender and a striker – and hopes to complete negotiations this week as it prepares for a crunch clash with high-flying Malvern City at Kooyong Park on Saturday.

In NPL2 Langwarrin drew 2-2 with Moreland Zebras at Lawton Park on Saturday.

A stunning left-foot strike from outside the box by Davide Cardamone in first-half injury time gave the visitors the lead at the interval but Mawien Nielo levelled in the 56th minute when he got to Jeremy Min Fa’s cross before Zebras keeper Fraser Chalmers and headed into the unguarded goal.

In the 85th minute Kieran Dover surged forward from the left and slipped the ball inside to substitute Jacob Brito whose shot was blocked.

The ball fell into Dover’s path and he slammed it past Chalmers for what looked like the winner.

But a minute into injury time Moreland snatched a point when a corner to the far post was headed down to the visitors’ captain Nichola Symeoy who poked the ball home from point-blank range.

In State 2 Peninsula Strikers’ perfect record ended at six straight wins when it went down 2-1 to Skye United in atrocious conditions at Skye Recreation Reserve on Friday night.

Referee Luke Vaira chose to go ahead with the contest albeit that driving rain had made it difficult for the ball to roll properly across many parts of the pitch.

An injury to Skye striker Caleb Nicholes forced him to be replaced by Mitch Blake in the 43rd minute and two minutes later Blake and Strikers’ defender Michael Nugent were involved in an off-the-ball clash that saw Nugent sent off.

The second half was an ugly affair as a deteriorating pitch did not make for great viewing and Riley Anderton poked home Strikers’ sole reply in the 89th minute.

It was his well-publicised 250th final appearance for the local club as injury had forced him into an early retirement but it certainly wasn’t without incident.

The large crowd was treated to a combative contest between two sides who have the championship firmly in their sights.

It was 1-1 at the interval after Elwood’s Cameron Neales converted a penalty in the 17th minute and Thomas Dunn’s slick footwork was finished by Dylan Waugh late in the half.

Straight after the restart Marinos Panayi put Pines 2-1 up and when Hodgson was substituted after being in the starting line-up both sets of players formed a guard of honour to usher him to the Pines’ bench.

But there was no fairytale ending despite Pines’ keeper Tom Hull saving a second Elwood penalty as Barry Devlin spoiled the party with a 90th minute equaliser.

In State 4 Baxter made it three wins in a row when it beat Sandown Lions 2-1 at Sandown last weekend for the first time.

Sandown keeper Sammy Salah was in great touch early and needed to be but in the 37th minute Lachie McMinimee’s excellent lay-off was stroked home by Baxter substitute Nat Daher who had come on for injured Charlie O’Connell six minutes earlier.

Sandown pressed hard for the equaliser in the second half but Baxter central defender Sunday Kim was superb.

The visitors thought they’d wrapped up the result when they appeared to bundle the ball over the line in the 70th minute but the referee overruled the assistant’s decision and waved play on.

Six minutes later Sandown equalised through Duol Kuei but Baxter kept going and got the result it deserved when Dave Greening did what Greening does best slamming home the winner in the 86th minute.

Chelsea played most of the second half with 10 men but held on for a 1-0 away win over Lyndale United last weekend.

Chelsea’s Danny Graham was sent off in the 58th minute when shown a second yellow card.

Somerville was never in the hunt and the home side led 3-0 at half-time.

The contest had been settled well before Sam Beadle’s goal in the 82nd minute.

In State 5 Rosebud won its first game of the league season when it downed Aspendale Stingrays 5-4 at Jack Grut Reserve on Saturday.

Aspendale was on top early and Ben Garside put it in front with a close-range finish.

Blake Hicks gave Rosebud a 2-1 half-time lead when he converted a penalty awarded after a Rieley Gill volley was handled inside the box.

Early in the second half a Blake Hicks’ through ball set up Gill who took one touch then slotted it past Aspendale keeper Josh Mravljak to make it 3-1 and a superb free-kick from returning veteran Mark Pagliarulo made it 4-1 after 52 minutes.

The home side hit back through Dominic Paul in the 60th minute but seven minutes later Blake Hicks took on two defenders before rounding Mravljak and effecting a cool finish to restore Rosebud’s three-goal cushion.

A Ryan McKay own goal a minute later made it 5-3 then Aspendale was rewarded for constant pressure with a penalty only for Hayden Hicks to make a remarkable double save.

But as good as the Rosebud keeper was he couldn’t stop Paul from grabbing a second goal in the 90th minute to complete the scoreline in a contest highlighted by great displays from the Hicks brothers.

In the other local State 5 fixture Mount Martha had a weekend to forget when it lost 8-1 away to promotion contender White Star Dandenong.

“We just didn’t get close enough to them all game and when we did they were stronger in the challenges,” he said.

Here are this weekend’s round 8 games: