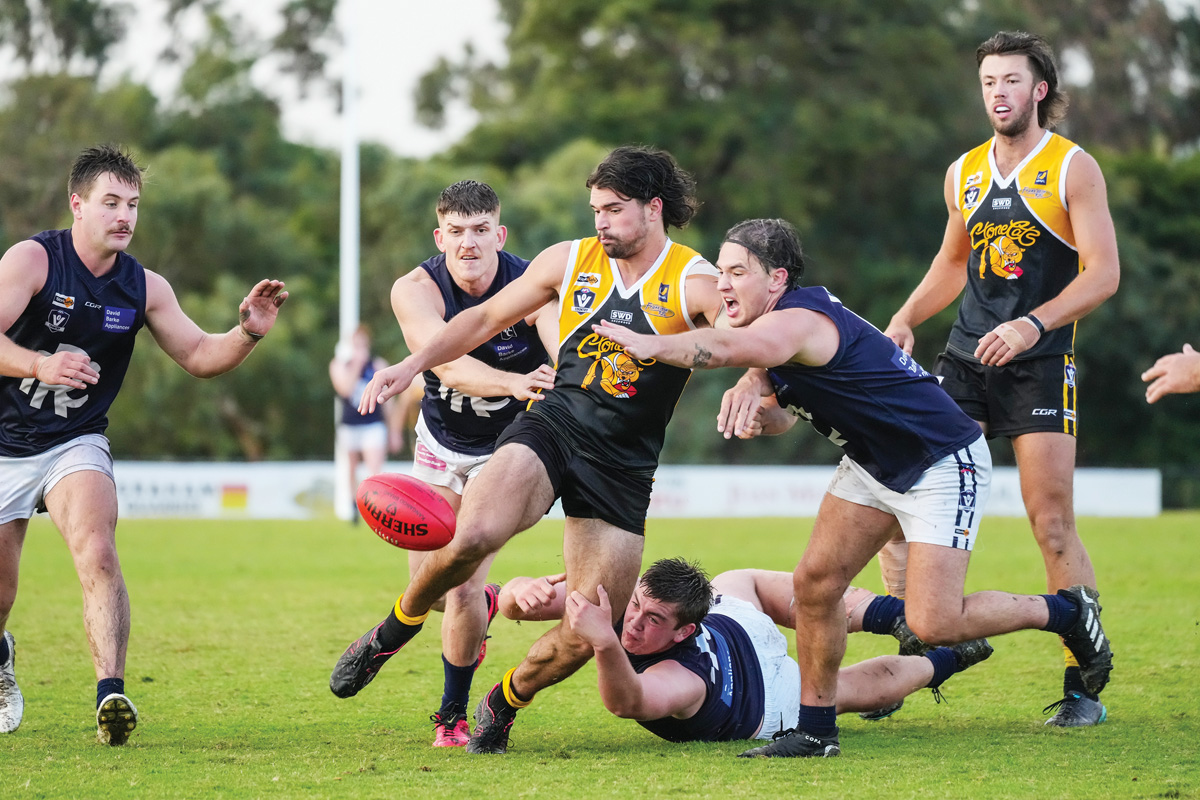 EDITHVALE-Aspendale were denied their first win for the 2022 season by a resilient Red Hill on Saturday.

Edi-Asp got off to a strong start at Regents Park. They booted six goals in the first term, taking a 25 point lead into the first break.

After a difficult first quarter, Red Hill put their foot on the gas. Their defence tightened up from quarter time, restricting Edithvale-Aspendale to just two more goals for the rest of the game.

Frankston YCW maintained their grip on top spot with a good win on Saturday.

The Stonecats are first on the ladder, but have a game in hand on their closest competitors.

Dromana and Mt Eliza are both within striking distance of Frankston YCW. Dromana sit second, two points behind the Stonecats, and the Redlegs are third.

The final game for the weekend saw Pines beat Bonbeach by three goals.

LANGWARRIN held onto top spot on the ladder with a win over Somerville on Saturday.

Somerville played host to the in-form Kangaroos. The match would go on to be a scrappy one, with just two goals kicked in the first half.

The game opened up a little more in the second half. Somerville went into the final quarter with a five point lead, but couldn’t finish the job.

Chad Mulvogue and Zach Andrewartha were named in Langwarrin’s best. The win keeps the Kangaroos a game clear on top of the ladder.

At Alexandra Park, Mornington and Pearcedale played off in a thriller.

It was a game of swinging momentum, with the lead changing hands at each break of play. Pearcedale went into the final term up by eight points.

Mornington kicked two goals in the final quarter to Pearcedale’s one, but the Panthers still managed to scrape over the line.

Three goals from Luke Daniel proved the difference between the two sides. Archie McGuiness and Ryan Bastinac were also impressive for Somerville.

Things were much less competitive at Karingal, as the Bulls hosted Tyabb.

The Bulls dominated the contest, defeating Tyabb by 106 points. The Yabbies kicked just one goal all day.

Riley D’Arcy put six goals on the board for Karingal. Jordan Pomeroy and Dale Alanis were also named among the best performers.