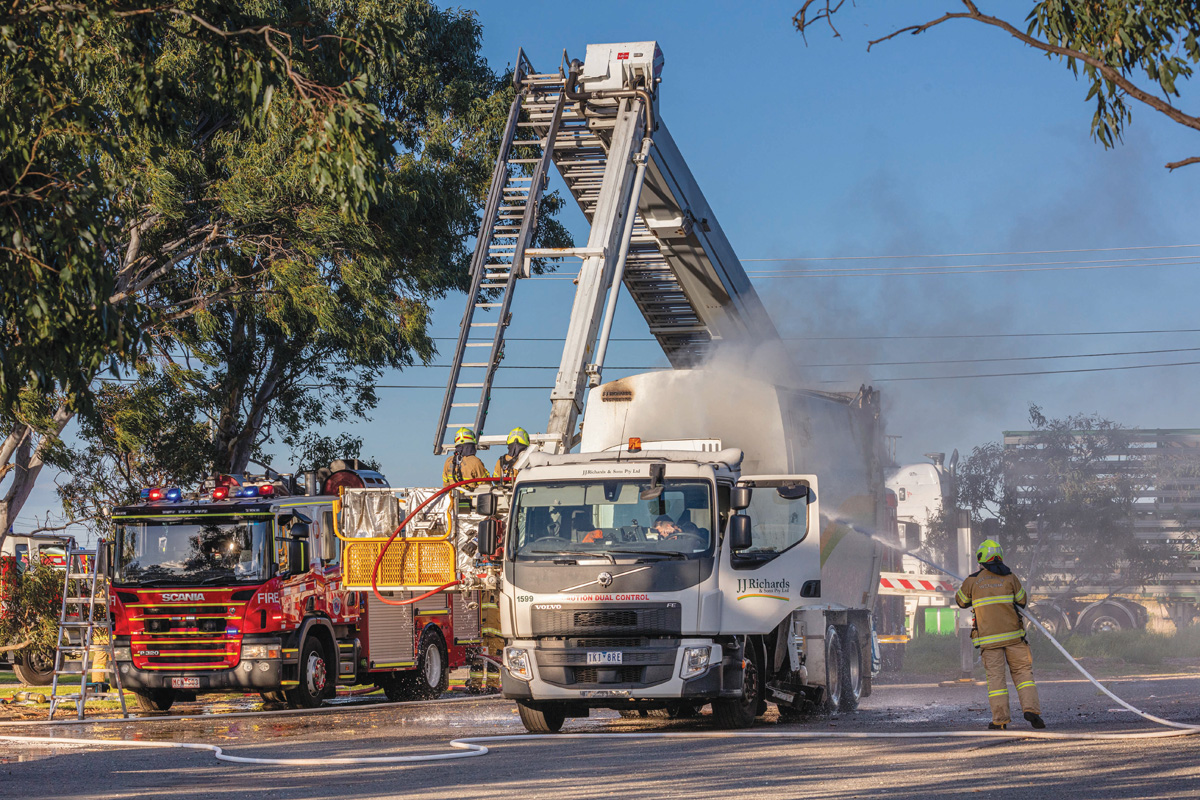 A GARBAGE truck fire was extinguished before it could spread further last week.

Emergency services were alerted to the garbage truck fire in the car park of Patterson Lakes Tennis Club on 3 May.

Patterson River Fire Brigade said that the job was “made complex due to a hydraulic failure on the truck and a lack of nearby water.” They attended the site alongside CFA tankers from Springvale, Frankston, Dandenong, and Edithvale. Chelsea SES also attended.

Firefighters were able to extinguish the blaze. The garbage was then dumped in the carpark and moved into another truck when it was safe to do so.

The truck sustained damage, but nobody was hurt.