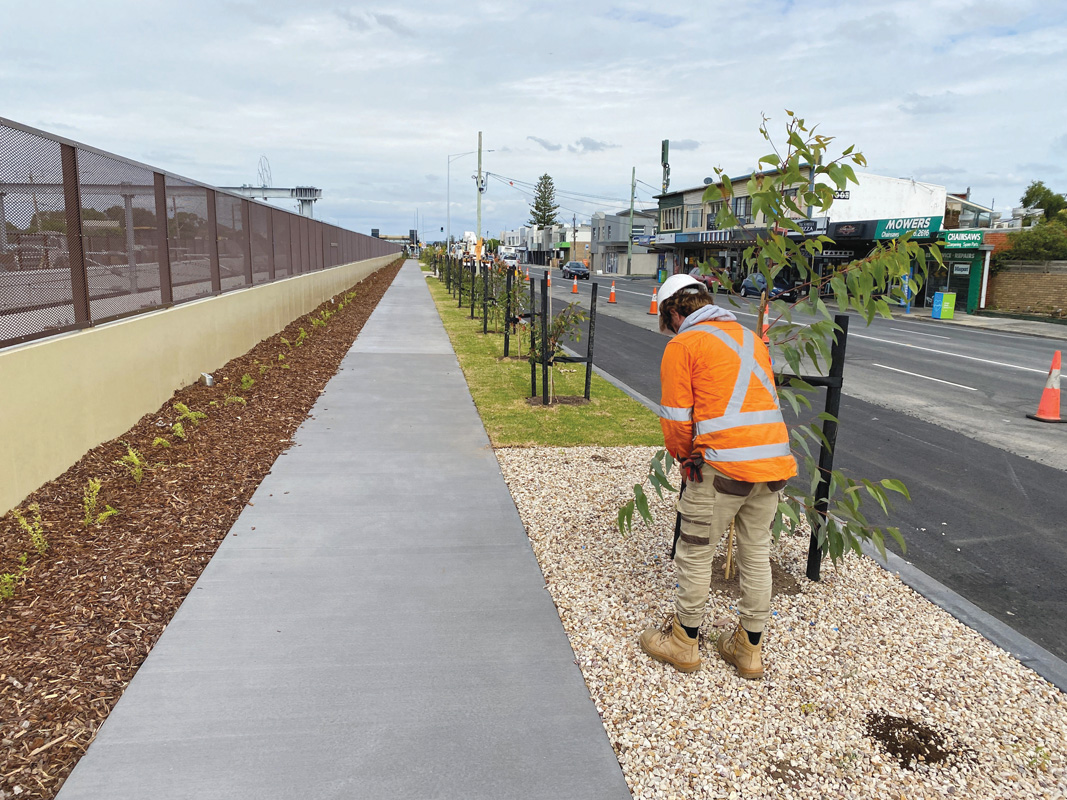 TREES and shrubs are being planted at the newly rebuilt Edithvale, Chelsea and Bonbeach stations as the projects draw to a close.

The Level Crossing Removal Project is planting more than 800 trees and 85,000 shrubs. Works also include the addition of groundcovers and grasses.

The three rebuilt stations were opened last November. Since then finishing touches have been applied to the stations.

The projects are expected to be completely finished in the middle of the year. The Level Crossing Removal Project says the final touches include the opening of the new Chelsea pedestrian bridge, 11 kilometres of walking and cycling paths between Edithvale and Frankston, the Chelsea bus interchange, car parking, and the installation of artworks at Edithvale and Chelsea.