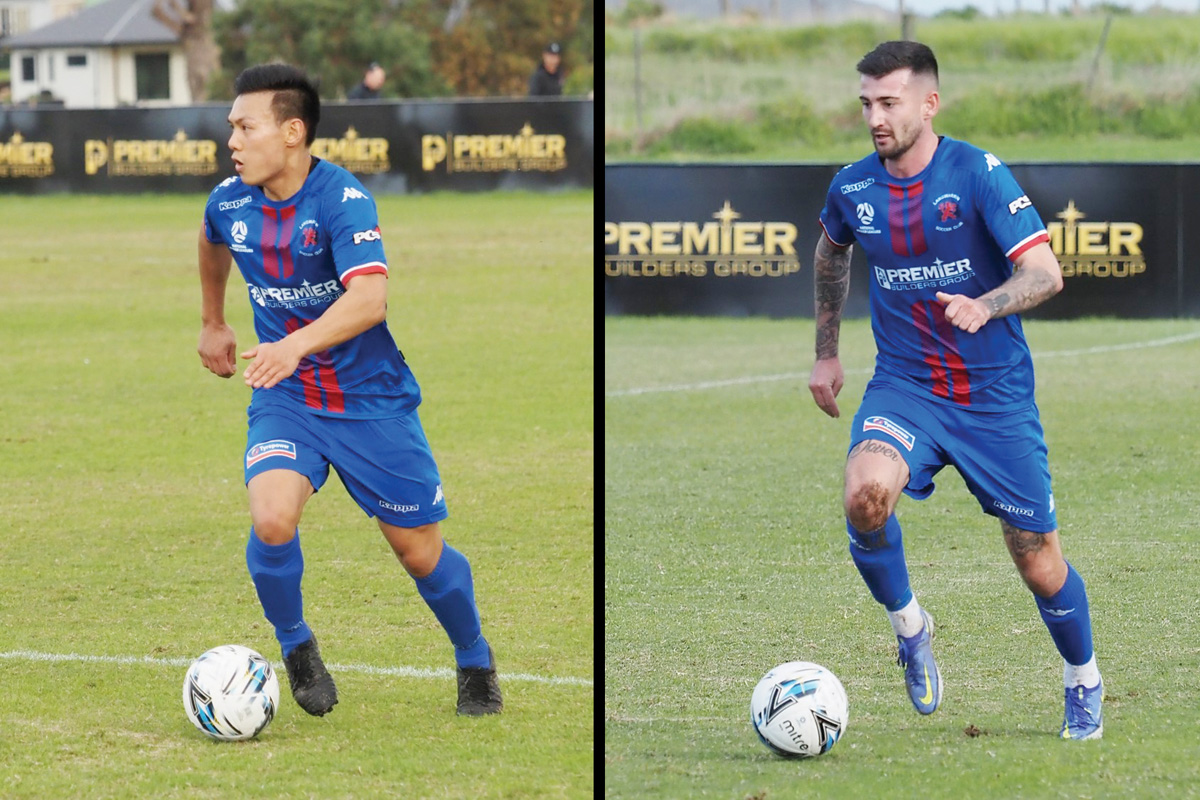 LANGWARRIN broke its winless run in style with a 6-1 mauling of Goulburn Valley Suns in Shepparton on Saturday.

It took Scott Miller’s side three minutes to open its account with a superb solo effort from Jeremy Min Fa who dribbled past two opponents then curled the ball into the far corner from just outside the area.

In the 24th minute Cal Goulding won possession and sent Kieran Dover clear on the right.

Dover’s cutback was met first time by Tom Youngs and it was 2-0.

Three minutes into the second half any chance of a Suns comeback ended when an embarrassing mix-up involving defender Sean Pye and keeper Sam Varley presented Dover with a tap-in.

The rout continued in the 56th minute when Dover won the ball and slipped it to substitute Ryan Paczcowski who hit a low left-foot shot from outside the area that beat Varley at his near post.

Two minutes later Dover struck again this time with a fierce shot from the right that again had Varley grasping at thin air at his near post.

The Suns’ sole reply came in some style when Brendan Giaccherini’s cutback from the left was deftly curled first time by Alex Caldow into the top corner in the 74th minute.

But Langy sub Shayan Alinejad completed the scoreline in the 86th minute when he was played in on the left of the area and effected a simple finish.

In State 1 Mornington missed a chance to end Boroondara-Carey Eagles’ unbeaten streak when it drew 0-0 with the league leader at Dallas Brooks Park last weekend.

Despite having five players out through injury Mornington was the better side and although there were few chances created the best fell to the home team.

In State 2 Peninsula Strikers maintained their four-point gap at the top with a 2-2 draw against second-placed Collingwood City at Ballam Park on Saturday night.

Strikers led after eight minutes when Collingwood keeper Michael van Eijk made a mess of trying to clear a long-range effort from Calvin Delaney but the visitors levelled in the 23rd minute when captain Peter Seehusen broke clear and beat Strikers custodian Ben Caballero from the ensuing one-on-one.

Strikers regained the lead in the 64th minute when Jai Power ran onto Riley Anderton’s header and slotted the ball past van Eijk.

The points were shared after Collingwood hit back in the 84th minute when Cabellero could only parry allowing Jimin Dooley to finish from close range.

Skye started off the better of the two sides and in the 5th minute Berwick’s Phil Hawkins was sent off after denying a clear scoring opportunity to Skye striker Mitch Blake.

But Blake couldn’t be denied in the 21st minute after being put through by Mark O’Connor and the hosts doubled their lead seven minutes later when Jason Nowakowski pounced on an error from Berwick keeper Kris McEvoy then rolled the ball into the unguarded net.

The afternoon got worse for the Berwick custodian when five minutes into the second half he earned a second caution and an automatic send-off after reacting to a Blake challenge.

And the contest was put out of the visitors’ reach in the 59th minute when Jack Gallagher headed home a James George cross.

In State 3 Frankston Pines are now outright league leaders for the first time this season after a 5-0 thrashing of Middle Park at Carrum Downs Recreation Reserve on Friday night.

Pines were ordinary in the first half so much so that head coach Kevin “Squizzy” Taylor by his own admission lost his temper during the interval.

Goodness knows what he said but in the 47th minute the goal deluge started when Jordan Avraham sent Dylan Waugh clear and he cleverly dinked the ball over advancing Middle Park keeper Oscar Taylor.

Avraham sent Aaran Currie down the left six minutes later and he cut inside before his deflected cutback gave Waugh a simple point-blank header.

Currie was sent clear in the 66th minute and finished in style to put Pines in cruise control at 3-0.

Liam Baxter came off the subs bench in the 69th minute and within 11 minutes had scored twice, his first after beating the offside trap and lobbing the Middle Park keeper and his second from the penalty spot after Thomas Wood had been brought down.

In State 4 Baxter and Chelsea drew 2-2 in an entertaining contest at Baxter Park last weekend.

It was all Chelsea from the get-go but it couldn’t convert its dominance and paid dearly when Robbie O’Toole ran onto Dave Greening’s lay-off in the 26th minute and finished well.

Max Timuska-Carr equalised in the 41st minute when he ran onto Piers Brelsford’s clever backheel and slipped the ball past Baxter keeper James Foster.

Baxter had its backs to the wall when O’Toole was shown a second yellow card and sent off in the 75th minute but the 10 men conjured up a superb interpassing move in the 82nd minute to make it 2-1.

It started with Izaak Barr in the right-back position playing the ball to Nathan Yole who had dropped back into midfield after starting up front.

Yole released Greening on the left and he cut inside before laying the ball into the path of Charlie O’Connell who struck it with power and placement past Chelsea keeper Rhys Davies.

Just when the home side thought it could hang on for the win Chelsea substitute Liam Pavlov hit a stunning free-kick in the 88th minute that gave Foster no chance.

Somerville Eagles lost 3-0 away to Springvale City on Saturday night with all the goals coming after a scoreless first half.

Tom Pollock and Ash Scholes gave away penalties which were converted and late in the second half Pollock was sent off after a bad challenge.

Chris Sanderson’s side was cruising at half-time with a 4-1 lead thanks to Neal Byrne, a Howie Anderson double and a long-range effort from Mitch Hawkins.

Ethan Sanderson missed from the spot in the first half but when given the chance to take another penalty in the 85th minute he made no mistake.

Rosebud lost 2-0 at home to Bunyip District on Saturday night.

Here are this weekend’s round 10 games: