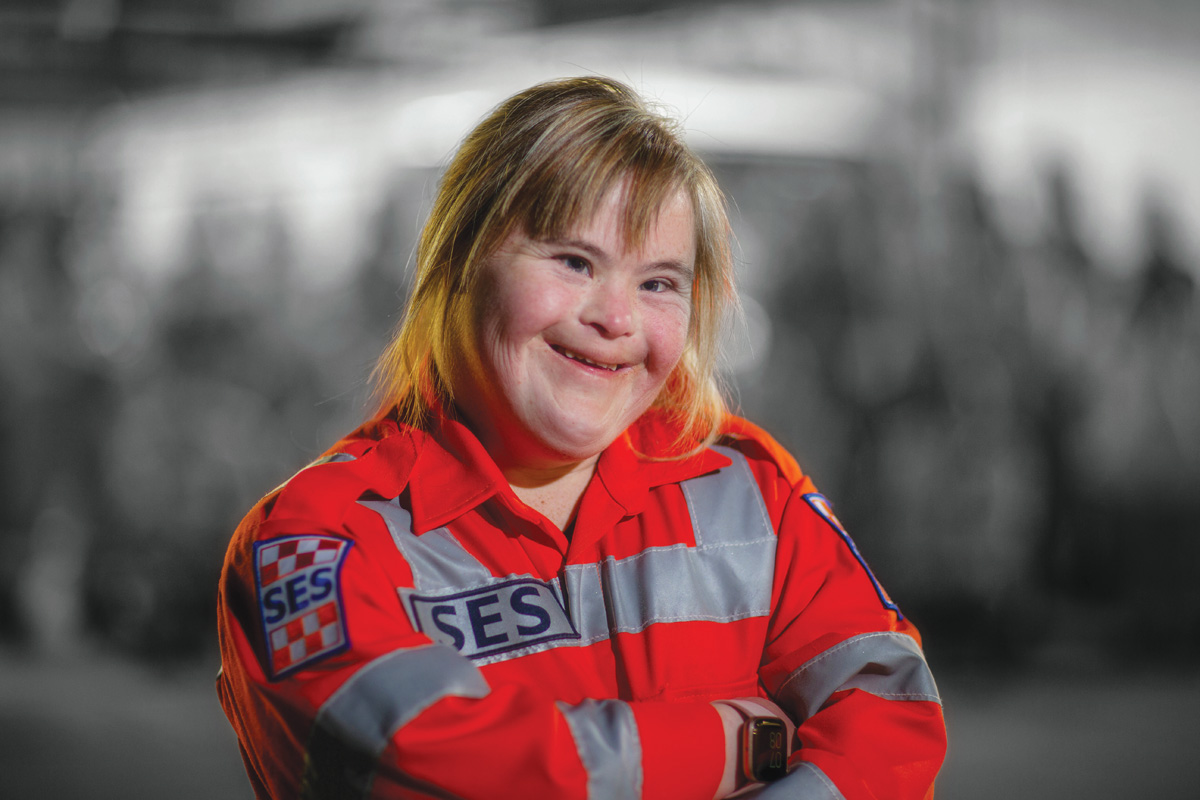 Kimba Wall has been part of the SES unit for the last decade. Wall has been the unofficial mascot for the Chelsea SES, often appearing in the unit’s Christmas videos and social media posts.

Last week Kimba Wall took the next step, and is now an official crew member. She is one of the only people with Down Syndrome to ever pass the tests required to join the SES.

Wall was handed a certificate commemorating her achievement at an event last week. There she told the media she was “so proud to be part of Chelsea SES”.

“I’m so proud of my disability and wearing this orange uniform. I’m proud to be part of this team as a volunteer,” she said.

“[Chelsea SES unit controller] Ron Fitch and I were talking and I said it would be nice to get her a uniform like a t-shirt, and he said he reckoned we could do better and that it was time she became a full member. It wasn’t something we thought about before but we told Kimba and she wanted to do it,” he said.

“As a family we have never told Kimba that because of Down Syndrome she can’t do anything, so we agreed to do it. The SES said they can’t cut corners for her with her test, but Kimba blitzed it. She would be the first one to put her hand up, she put up lights and generators for night search. She’s going to be working with me, so if we go to a scene, she knows what’s going on and how to stay safe, what to do and what not to do.”

Kimba Wall’s official title is crew member supervised. Her role at Chelsea SES will be in areas of community engagement, PR events, and fundraising.

Wear Orange Wednesday is this week, 18 May. The day commemorates the efforts of SES volunteers across the country.

First published in the Chelsea Mordialloc Mentone News – 19 May 2022