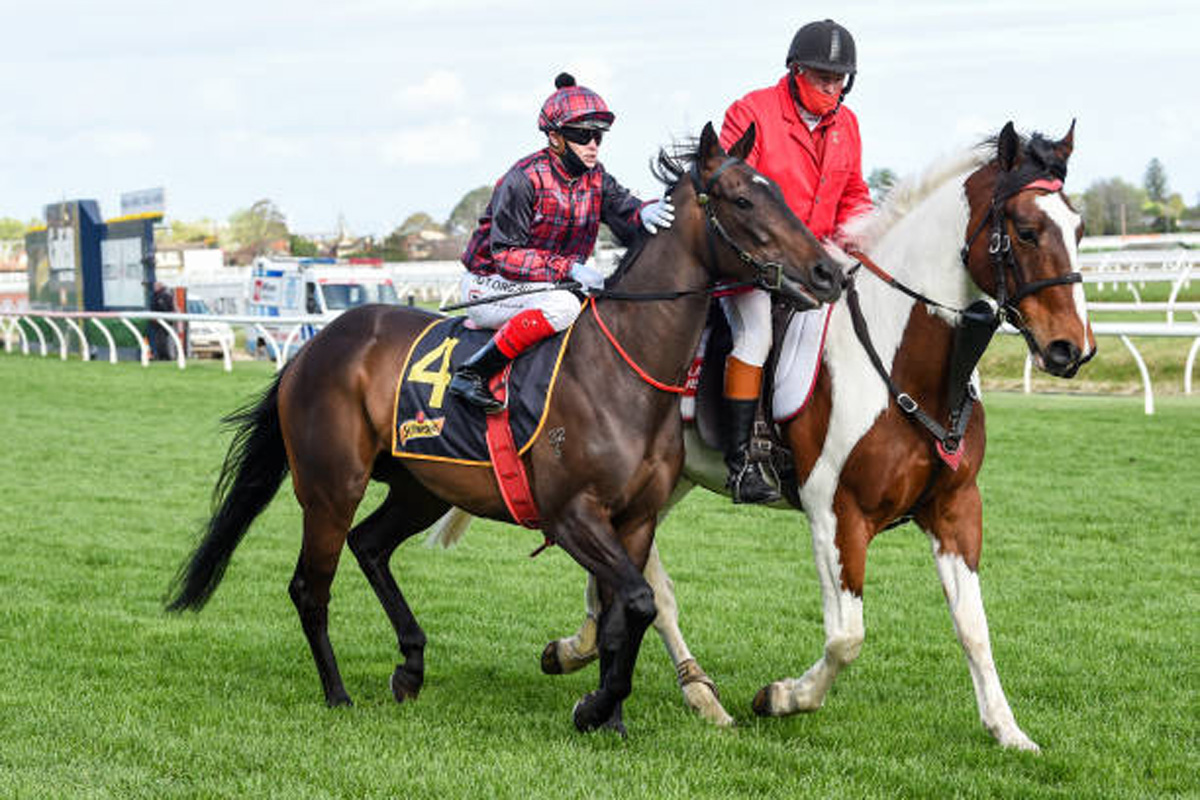 AFTER having more than a year off the scene, Dean Binaisse’s smart mare Felicia has her eyes set on some more black type races this winter.

The Group 3 winner who thrives on rain affected tracks has sprints such as the Group 3 Sir John Monash Stakes (1100m) and the Group 3 Bletchingly Stakes (1200m) at Caulfield on her radar in July.

Binaisse said the mare just hadn’t had a decent spell for some time after having to undergo rehabilitation for her knees.

“The owners and I decided to give her a really good spell,” the Mornington-based trainer said.

“She doesn’t go on hard tracks anyway and I’m really happy with how she’s come back. She’s looking bigger and stronger.”

Binaisse said she’ll have her first jumpout back next Wednesday before returning to her usual routine. During her previous preparations, Binaisse has mainly utilised his water walker and beach work to keep Felicia fit and keep the stress off her legs.

“She never gallops further than 600m otherwise its just a lot of trotting and cantering,” he said.

“She’s a bit silly and fresh at the moment so once this first jumpout is out of the way we’ll start heading back down to the beach.

“She’ll likely have one more jumpout after that before heading into the Sir John Monash.”

Felicia will be looking to continue the consistent form she’s been in since joining Binaisse’s care in 2019. She’s finished top three in all but two of her 11 starts under his name.