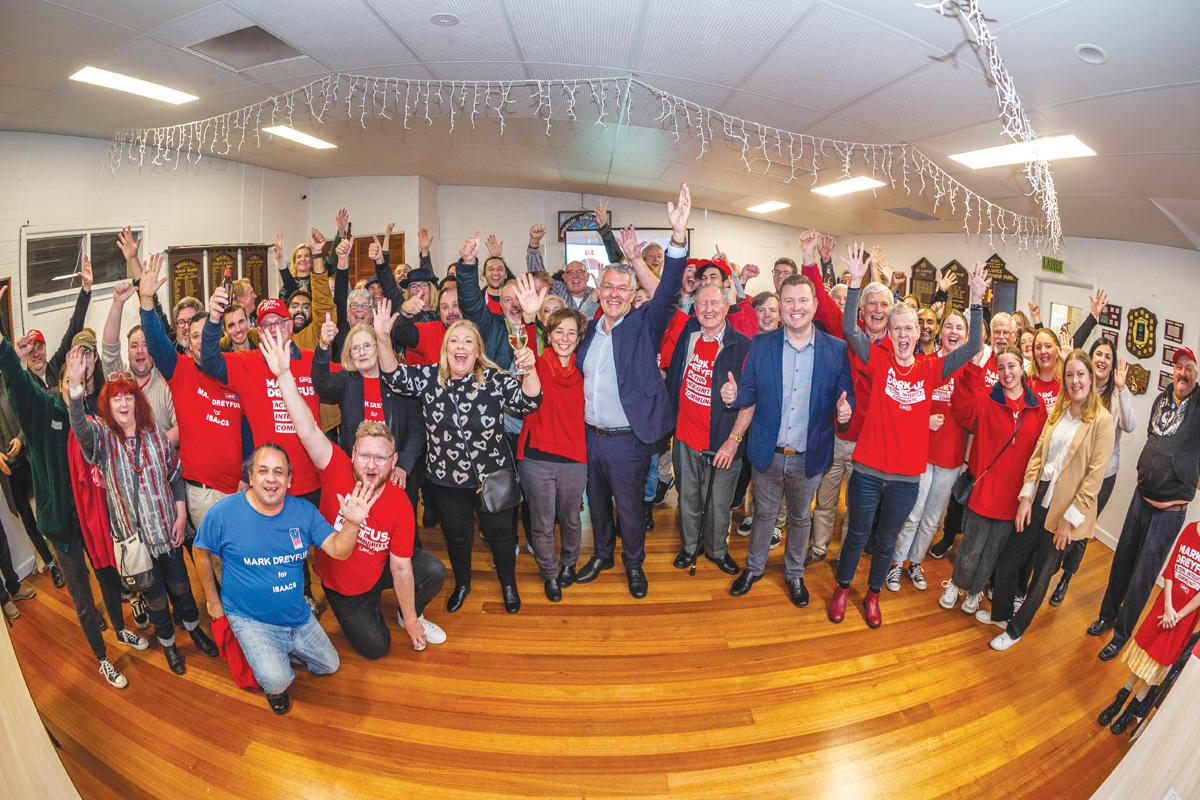 THE seat of Isaacs has been retained by the Labor Party.

Labor has held the seat since 1996. Incumbent MP Mark Dreyfus has been the local member since 2007.

As of 22 May, Dreyfus is nearly 10,000 votes ahead of Liberal Robbie Beaton on a two-party-preferred basis. The count started off close but swung further towards Dreyfus throughout the night.

Labor will form government. Dreyfus is expected to serve as attorney-general under Prime Minister Anthony Albanese.

Dreyfus’ landmark commitment for the Isaacs electorate was a $20 million promise for a new aquatic centre. Kingston Council has since progressed plans to purchase a site by Jack Grut Reserve in Mordialloc to build the pool on.

Beaton’s campaign was derailed by an enrolment issue. He was referred to the Australian Federal Police over allegations he had listed a false residential address on his enrolment forms (“Candidate referred to police over incorrect enrolment” The News 11/5/22).

The Liberals have had two difficult campaigns in Isaacs in a row. At the 2019 election they disendorsed their Isaacs candidate after ballot papers had been printed. Jeremy Hearn had been preselected to run for the Liberals, but was turfed after Islamophobic comments made by him online were unearthed.

During his victory speech on Saturday night, Albanese said “together we can end the climate wars. Together we can take advantage of the opportunity for Australia to be a renewable energy superpower. Together we can work in common interests with business and unions to drive productivity, lift wages and profits.”

The Greens improved their primary vote in Isaacs, with candidate Alex Breskin receiving 12.3 per cent of the first preference vote. Breskin told his Facebook followers that election day was “such an exciting day and election for Australia. We kicked the Liberals out and the Greens did better than ever.”

“We’re even seeing a nearly 2 per cent swing here in Isaacs – we’ll see how it lands as postals come back, but all indications are looking incredibly positive,” he said.

First published in the Chelsea Mordialloc Mentone News – 25 May 2022