Brooklyn’s ready for the rise in trip 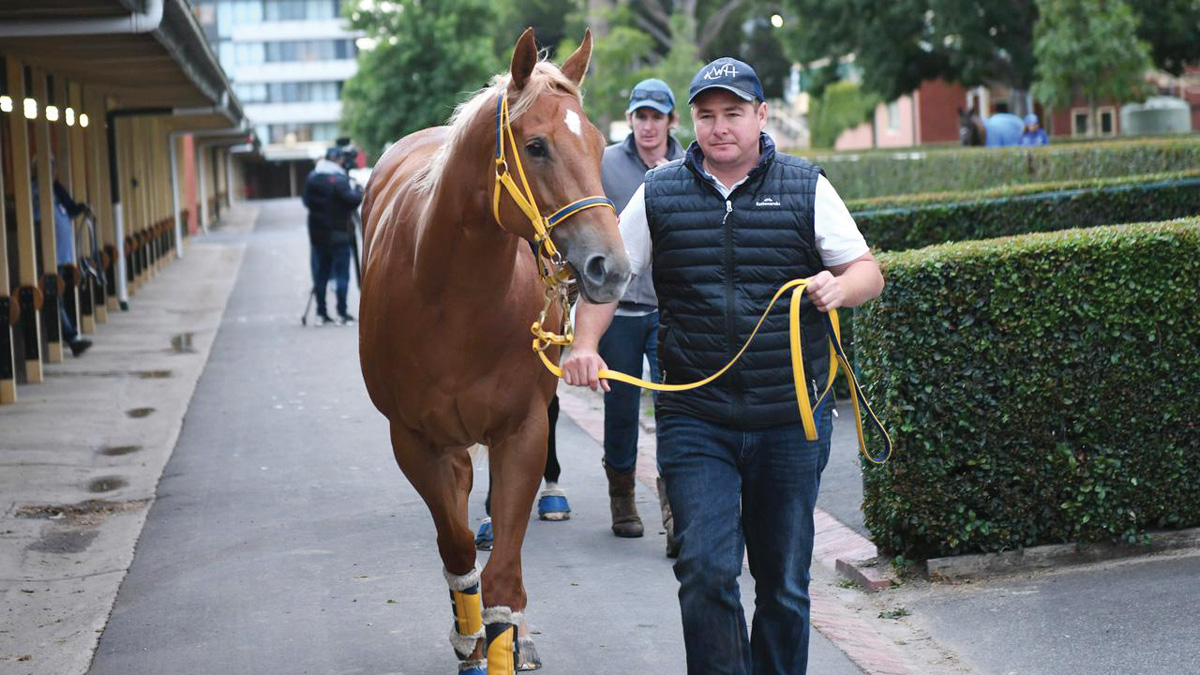 BROOKLYN Hustle will step up to 1400m for just the second time in her career when she lines up in Saturday’s Group One Stradbroke Handicap at Eagle Farm.

Co-trainer Jason Warren believes the five-year-old mare is now looking for the extra trip after holding her own in the Group 1 Kingsford Smith Cup (1300m) a fortnight ago when finishing in sixth.

“It was as good of a run as you can hope for at weight-for-age,” Warren, who trains in partnership with Dean Krongold, said.

“I thought she was very good given the leader controlled the race at a steady tempo and she still came home in some good final sectionals. I think she’s now looking for a trip like this and she drops to 52kgs under the handicap conditions so it should suit her perfectly.”

The flashy chestnut generally needs everything to go her way as she usually settles towards the rear of the field but Warren expects the mare can sit further forward over the 1400m.

“Over the 1300m last start she was able to sit midfield so I don’t think we need to go right back to the rear,” he said.

Jockey Craig Wiliams hops back aboard the mare after finding success on her during last year’s Queensland Racing Carnival.

“He the won [Group Two] Dane Ripper (1300m) on her last year so hopefully he can get the job done again,” Warren said.

“We couldn’t have her going any better at the moment.”