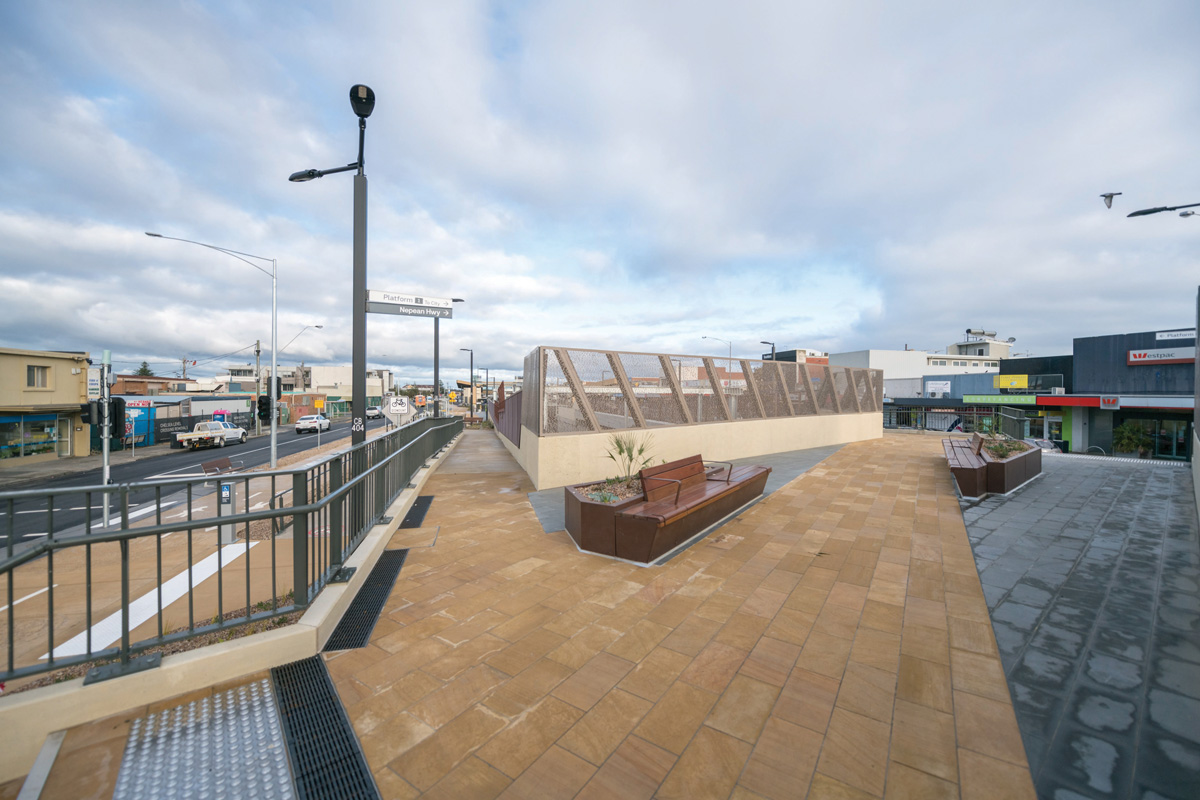 THE pedestrian bridge above the Frankston line in Chelsea has officially opened.

The bridge was built as part of the level crossing removal at Chelsea. It is nearly seven metres wide and spans from Station Street to the Nepean Highway shopping strip.

Another project which formed part of level crossing removal works, the 11 kilometre path between Edithvale and Frankston, was also officially opened last week.

An event was held last week to celebrate the completion of the projects. A smoking ceremony was undertaken by the Bunurong Land Council.

Carrum MP Sonya Kilkenny said that the new path would be enjoyed by people walking and cycling around the area. “We live in a beautiful part of the world and the new 11 kilometre walking and cycling path from Edithvale to Frankston gives families a new way to get out and explore,” she said.

“The three new stations feature new safe and secure bike cages and bike hoops, making it easier than ever to commute from home to connecting trains, shops and services.”

A sculpture by artist James Tapscott will be installed next to the Chelsea pedestrian bridge in the next few months.