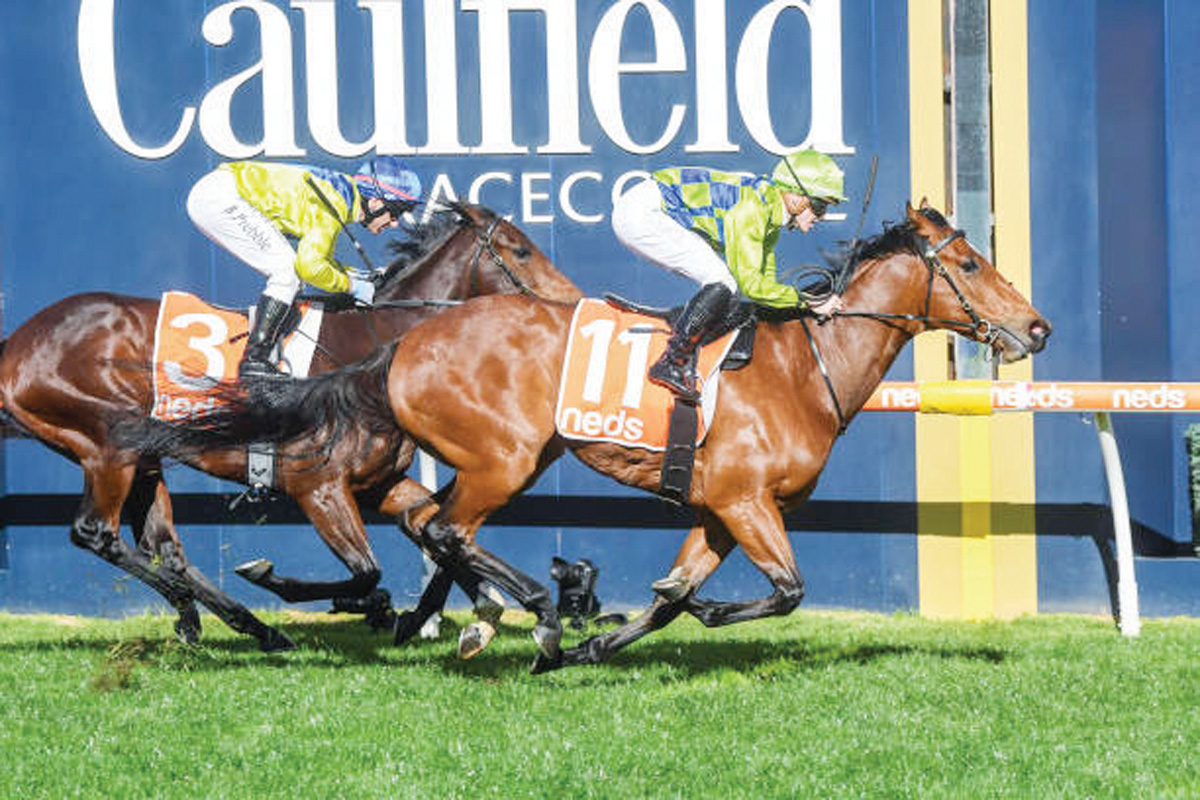 JEROME Hunter has trained the first winner by first-season sire, Thronum, at Caulfield on Saturday.

Hunter’s two-year-old gelding Thron Bone landed an impressive three-quarters of a length victory over the highly touted filly Ghaanati in the 1100m sprint.

Letting down with a strong finish in the straight to reel in the unbeaten filly, Mornington-based trainer Jerome Hunter was thrilled to see the promising two-year-old begin to put it together on the track.

“He showed us a lot of promise in the autumn,” Hunter said post-race. “He was just a bit too immature, so I gave him a little break and thought we’d try and get a race in the winter-time and it’s paid off.”

The most expensive yearling by Thronum sold at public auction ($200,000 purchase from the Inglis Melbourne Premier Yearling Sale) looks to have it all ahead of him with Hunter excited about what may lay ahead in the future.

“The best part [of the win] is that he’s still got a lot more to learn,” he said.

“He had his head up and still raced a bit green so once the penny drops, I think we’ve got quite a nice horse. I always knew he had ability its whether maturity-wise, how he’ll cope when we get back home.”

Jockey Will Price was just as pleased to see the gelding dig deep and sprint past the race-favourite.

“On the corner, [Thron Bone] was still travelling really well, and I could see everything else coming off the bridle bar the favourite. I thought if she kicks, she’ll be hard to beat but to his credit, he stuck to his guns and was super,” Price added.