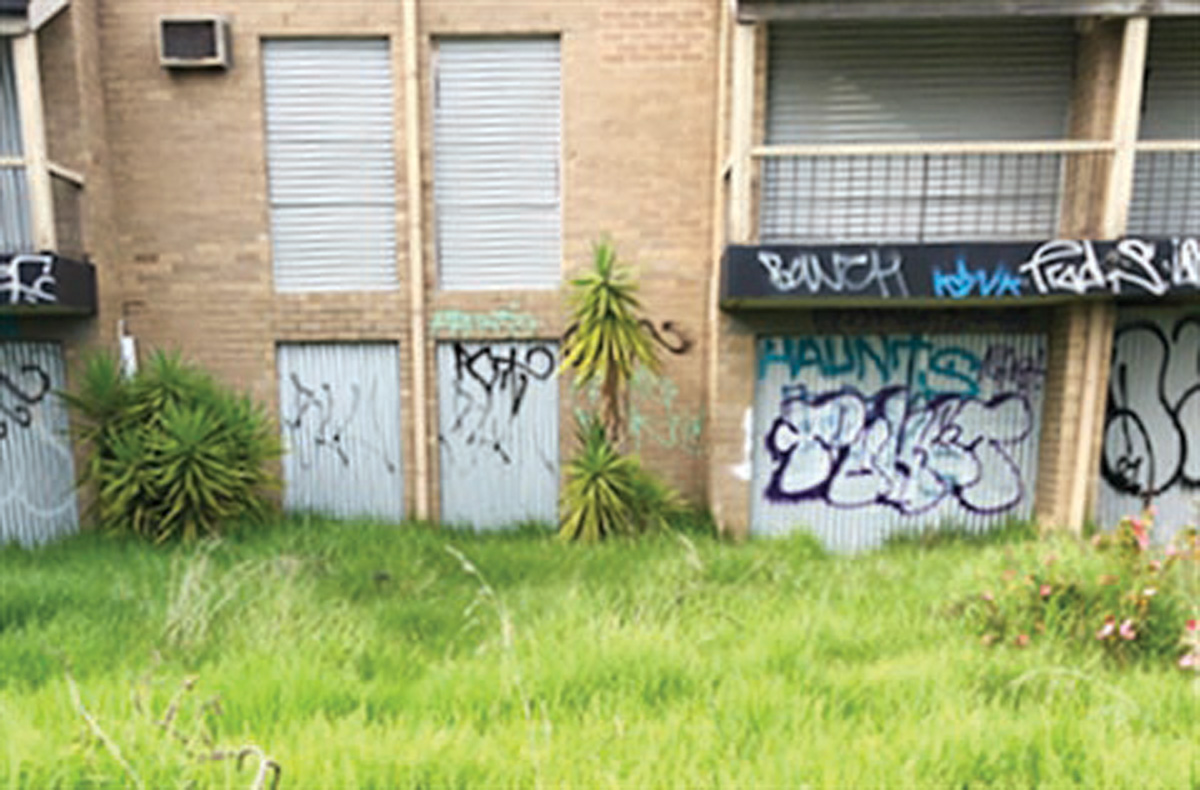 KINGSTON Council has called on Consumer Affairs Victoria (CAV) to acquire the former Berkeley Living complex in Patterson Lakes to ensure the site is not left abandoned for years to come.

Kingston Mayor Steve Staikos said the community and Council are deeply concerned that the privately-owned site, which was shut down in 2017, has attracted ongoing graffiti, vandalism and other concerning safety issues.

“Unfortunately, until recently there were no provisions that gave CAV the power to pursue the sale of the land,” Cr Staikos said.

“I have recently written to the Minister for Consumer Affairs, who has confirmed that following amendments to the Retirement Villages Act 1986 the Director, Consumer Affairs Victoria is currently considering legal intervention to provide for the sale of the land,” Cr Staikos said.

“The community has been deeply concerned the complex will remain an eyesore into the future, and it is essential the State Government now acts.”

Council acknowledges this is a complex legal issue, as the privately-owned site has 39 individual lots, with many of the owners elderly, or now deceased.

Council has been required to step in and secure the complex from vandalism over recent years and is hoping to recover the circa $100,000 that has been spent to secure the site.

The retirement village has been closed since late 2017 due to safety concerns at the site, with CAV stepping in to assist elderly and vulnerable residents to relocate. Council understands that CAV will continue to keep impacted residents aware of the actions it is looking to progress.