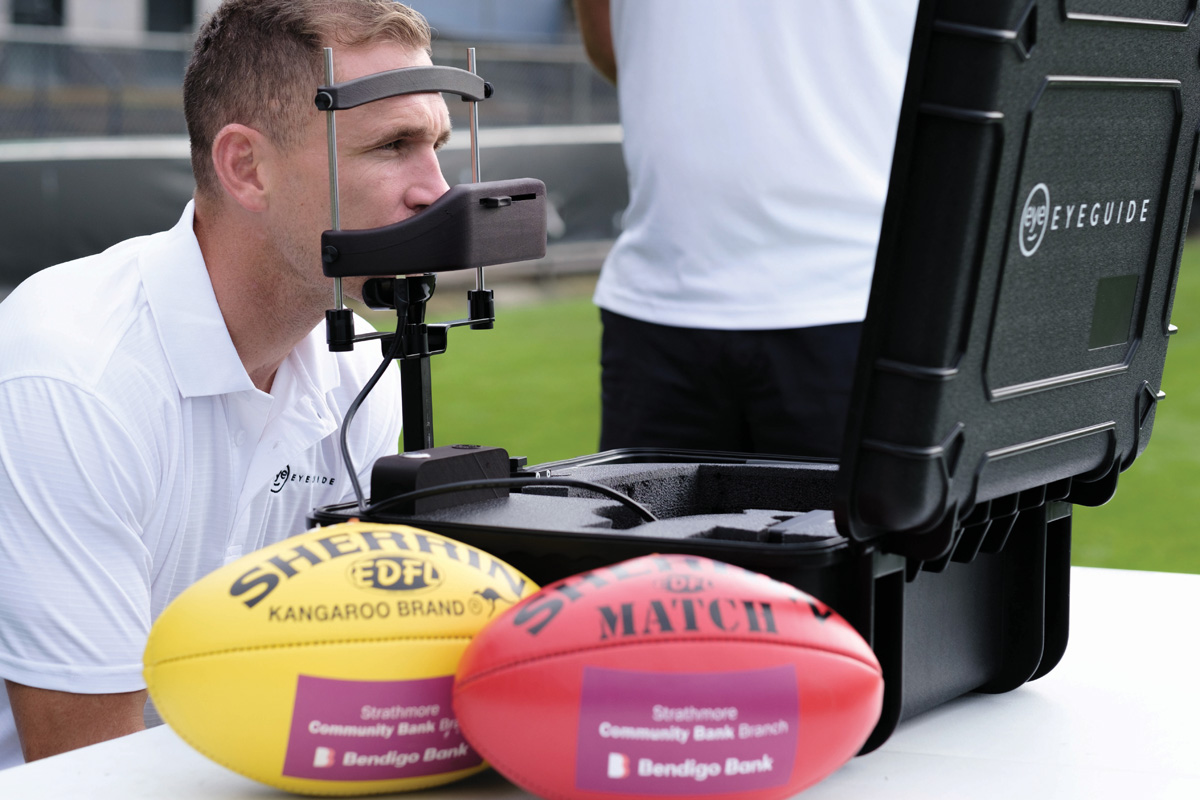 The device works by having the player follow a white dot on a tablet screen while a camera captures hundreds of images of the player’s eye movements. Those images are compared with a baseline to assess the brain function of the player.

The technology is also used to track the player’s recovery in the days and weeks after the game.

St Bedes Mentone Tigers president Paul O’Toole said the new technology would help keep players safer after receiving head knocks. “Concussion management is an important player safety issue and the club is now better equipped to manage and safeguard players after a head knock,” he said. “We want to provide all players with a high level of care and the EyeGuide technology is a simple, easy to use device which delivers clear data and provides players, coaches and family members peace of mind.”

EyeGuide chief executive officer Shane Keating said the 10-second sideline test detects concussions around 85 per cent of the time. “The current subjective methods, such as asking players if they have a headache or know the score to assess their brain function, has its obvious limitations. The feedback from players and parents is that the objective EyeGuide data provides peace of mind that the assessment process has more rigor and objectivity,” he said.

The devastating effect of brain injuries on the long-term health of athletes is beginning to come to light. In the last few years at least three top-level footballers who have died prematurely have been posthumously diagnosed with chronic traumatic encephalopathy. The disease is caused by brain injuries and can result in mental health issues and other associated problems.