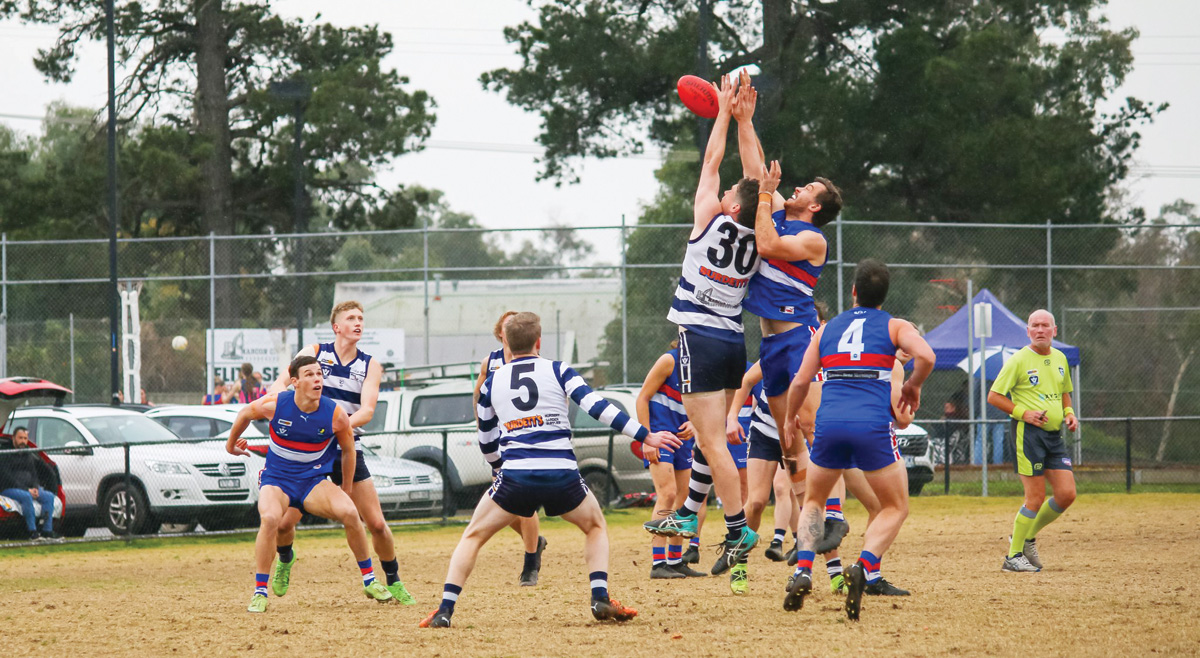 MT Eliza gave their premiership hopes a huge boost on Saturday with a hard fought win over Sorrento.

The Redlegs and Sharks are both in the mix for finals football this year. At David Macfarlane Reserve on Saturday, Mt Eliza started out the better side.

The Redlegs went ahead with a three goals to one first term. They held onto their lead at each break of play, but couldn’t put the game to bed.

The win leaves Mt Eliza in second place, behind Frankston YCW. The Stonecats are comfortably ahead in first, and had another good game against Rosebud on Saturday.

Around the grounds, Bonbeach got a big win at home against Pines. Frankston Bombers easily dispatched Dromana at Baxter Park, and Red Hill scored a comfortable home win over Edithvale-Aspendale.

SOMERVILLE won in an entertaining goalfest against Devon Meadows on Saturday.

The two finals contenders faced off at Glover Reserve. Somerville had the upper hand for most of the game, but Devon Meadows stayed in the hunt.

At Lloyd Park, Langwarrin showed the competition that they are still the team to beat with a thumping win over Seaford.

It’s been an incredible year for Langwarrin, who remain undefeated after 15 rounds. In the last few weeks their dominant form has wavered, and they had to survive a few scares to keep their winning streak intact.

On Saturday the Kangaroos reminded everyone of what they can do. They dominated all day long, holding Seaford to just one goal across the first three quarters of the match.

Tyabb had a great weekend, securing their second win for the season in a close one against Crib Point.

Karingal outscored Rye 16 goals to one to claim a dominant win. Hastings and Pearcedale rounded out the winner’s list with victories over Chelsea and Mornington respectively.