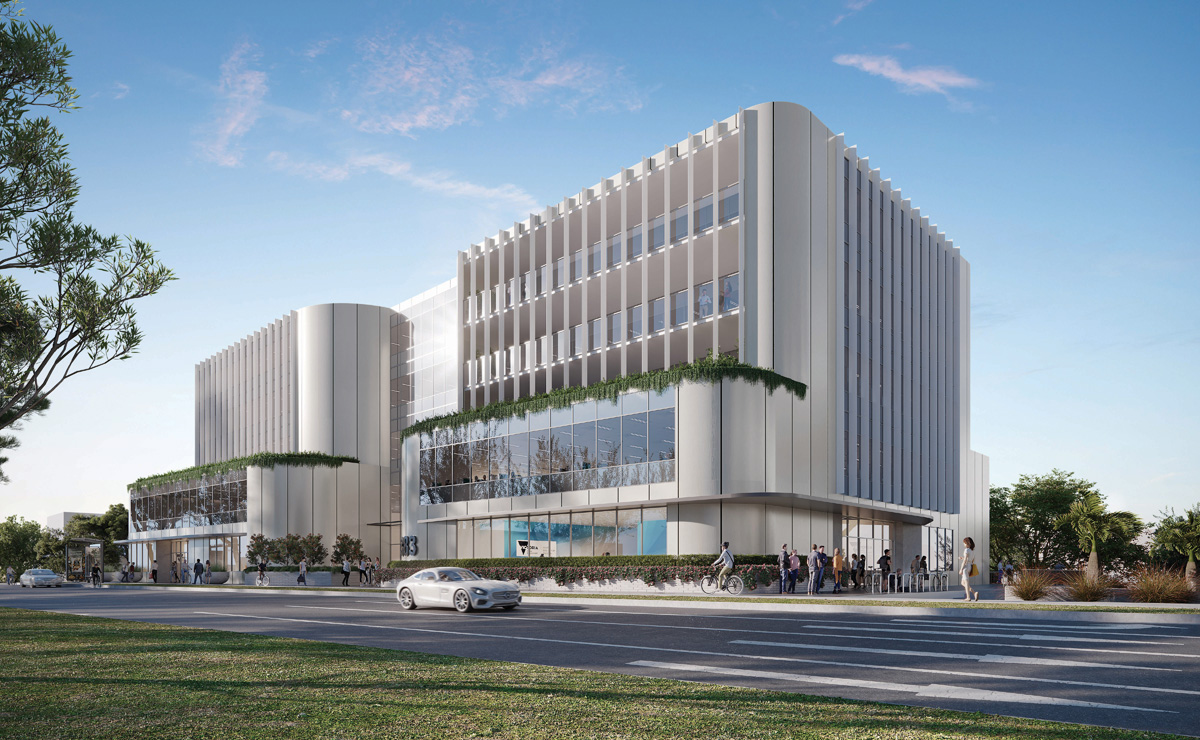 THE former International Motel site in Frankston could soon be home to an expensive state government office building.

A $49 million office building for 450 employees is proposed to be built at 383 Nepean Highway. The state government has signed a lease agreement with property group Castlerock, who will deliver the project.

An application has been made to Frankston Council to progress the project further. Castlerock managing director Adam Bronts says that his company is looking forward to working with council to complete the project.

“We are thrilled to have the opportunity to develop another building in concert with the Victorian Government, a building that goes hand in hand with the Frankston Council’s mission to drive growth in the community by generating investment and creating local employment opportunities,” Bronts said. “In aligning with this mission, the building will feature above best practice sustainability – the greenest in the Frankston CBD, a responsive gateway design to the city centre and connectivity to the surrounding urban realm that will promote social engagement within the community. We look forward to working with the council to help achieve their 2040 vision of being a place on the bay to learn, live, work and play in a vibrant, safe, and culturally inclusive community. Our city is clean, green, and environmentally sustainable.”

Construction is proposed to start early next year, with completion scheduled for mid-2024. Castlerock says the project will be “developed within Castlerock’s existing fund Auslink Property Trust No.2 (APT2) which holds approximately $525 million worth of assets leased to governments throughout Australia.” It settled on the site on 1 June.

In 2019 Frankston Council reneged on a plan to sell a parcel of land on Evelyn Street, next to the International Motel Site, to house the Department of Justice (“Evelyn Street investigation done” The Times 13/7/20). The site is a short walking distance from the Frankston Police Station and Frankston Magistrates’ Court.

The 383 Nepean Highway proposal will be considered at a future Frankston Council meeting.