Motorcycle park finally gets back on track 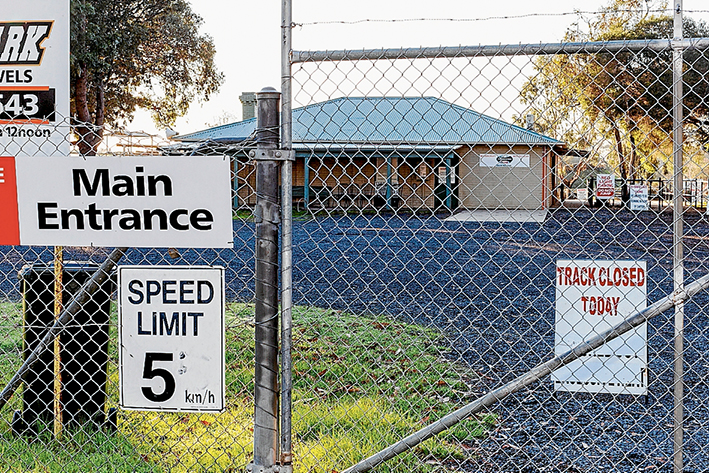 THE Frankston Motorcycle Park looks set to be open for summer with mid-October the likely date motocross riders will be able to return to the tracks at the park in Seaford.

The motorcycle park has been closed since of the death of 25-year-old Danny Edlington in early April on the main track at the Frankston Motorcycle Park (‘Fatality closes motorcycle track’, The Times 13/4/15).

Council has approved a new management model for the park and councillors Glenn Aitken and Colin Hampton met with club members last Sunday (13 September) to discuss the reopening of the motorcycle park.

Under the management model, council will lease the facility to the club, who will operate the motorcycle park alongside with Motorcycling Victoria, which will see club members covered by MV’s insurance policy.

The lease will be for 11 months and will be reviewed monthly.

Cr Aitken, chair of a transition committee including existing members of the motorcycle club committee, said the club will oversee fees and memberships at the motorcycle park.

“We believe this management model will be effective. With the required changes being implemented by the club, we look forward to signing a long-term lease agreement which will see the club take back full control of the facility,”
he said.

“I would like to congratulate the representatives of the club and Motorcycling Victoria for the way they have worked with Council through this difficult but necessary process.”

Motorcycling Victoria had at one stage walked away from any oversight of the motorcycle track after pushing for a three-year lease at the facility.

Frankston Motorcycle Club president Ralph Ridley said it had been good for club members to hear directly from council about the conditions imposed to reopen the park.

“For some reason they all thought if they all got down there [last Sunday] and jumped up and down enough council might look at it another way but that was never going to be the case.”

Mr Ridley said MV “seem to want to break into the recreational side of the sport so they probably need to look at it from that point of view rather than a race format”.

Club members are concerned fees will rise making sessions at the motorcycle park unaffordable for some.

“It is what it is and we’ve just got to get through it,” Mr Ridley said.