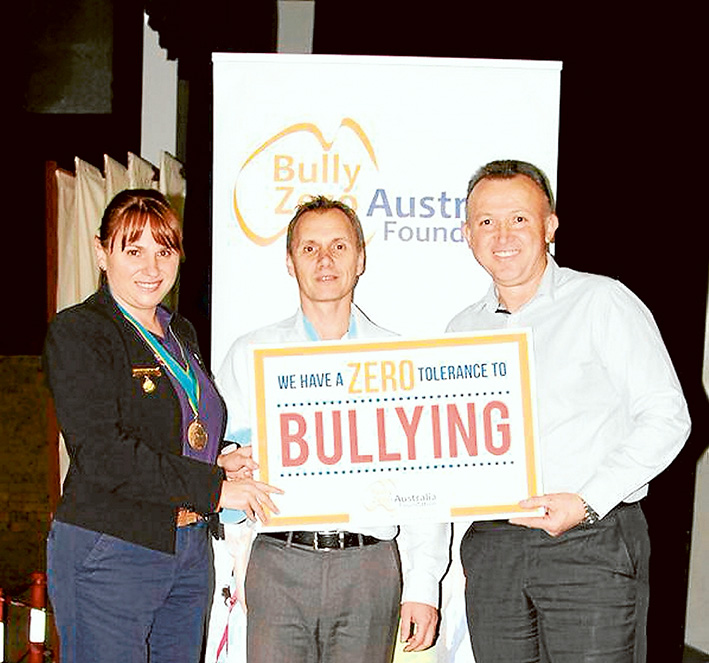 THE founder of an anti-bullying organisation has defended the appointment of Frankston mayor Cr Sandra Mayer as an ambassador for the charity in the wake of bully cases at Frankston Council (‘Mayor: ‘Speak up on bullying’, The Times 12/10/15).

Bully Zero Foundation founder and executive director Oscar Yildiz, a councillor at Moreland Council, says he has known Cr Mayer for more than six years and is confident she is a suitable person to be spreading the message that bullying is unacceptable and people should “speak up” about harassment.

“I find Sandra to be an excellent person with a lot of humility and respect for others,” Mr Yildiz said.

“I do know Sandra and have seen her … become a councillor who is extremely active and competent.”

When contacted by The Times, the foundation founder admitted the charity, a group aiming to raise awareness of bullying in schools and the workplace, “don’t look up what a council has done or hasn’t done” before deciding whether a councillor is a good fit as a Bully Zero Foundation ambassador.

Earlier this year The Times revealed there have been five cases of proven or partially proven bullying at Frankston Council within the past two years.

Council has refused to confirm whether a WorkCover claim “for anxiety and stress” The Times understands was paid out to a staff member who alleged bullying by Cr Brian Cunial is one of the five cases.

Mr Yildiz did not specifically comment on bullying allegations at Frankston Council but he did say he had “no doubt” bullying occurs at some councils.

“If there is bullying in any council they need to address it,” he said.

“The highest number of complaints our hotline receives is from councils nationally.”

Cr Mayer said “it was a very special moment to become an ambassador” when she visited McClelland Secondary College this month to speak about taking action against bullies.

“Oscar chooses high-profile people because he wants kids who are going through a difficult time to aspire to greater things and see beyond what’s happening to them at the time.

“He thinks very carefully about who he chooses to represent his organisation.”

See bzaf.org.au for further details about the Bully Zero Foundation.