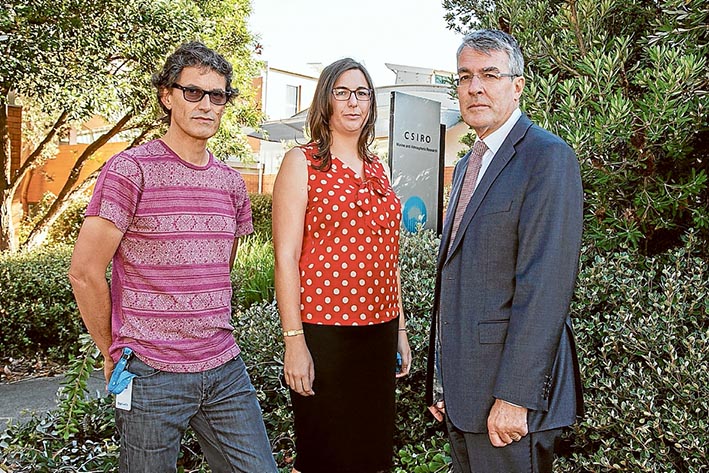 A RESTRUCTURE of the CSIRO announced last week has put the future of the CSIRO Marine and Atmospheric Research Centre in Aspendale in doubt.

The Aspendale laboratory, where scientists research the effects of climate change, is expected to bear the brunt of the job losses.

CSIRO Staff Association president Dr Michael Borgas, an air quality scientist, said up to 70 from a total of 110 staff at Aspendale could face redundancy.

“The areas of work that were singled out in the CEO’s statement for reductions cover a large majority of people working in Aspendale in climate monitoring and also climate modelling so the expectation is a large number of the cuts will be here in Aspendale,” Dr Borgas said.

Mr Marshall’s email to staff claimed CSIRO research models had been able “to prove global climate change” but since “that question has been answered” the science body should “find solutions for the climate we will be living with”.

The email also stated the CSIRO would “pivot” to support Australia’s commodities industry.

“Commodities are the bedrock of our nation and we will always support that industry especially now in times of declining prices when innovation can fundamentally change the game,” Mr Marshall said.

“But just selling commodities is not the path to an innovation nation – we have to be smarter than that: can we develop science that turns a commodity into a unique product that sells for a premium? We need more from ore.”

Dr Borgas acknowledged the CEO had been hired to look at commercial outcomes at the science organisation but he said staff are “shocked by the scale” of the job cuts and he said the CSIRO executive had not consulted business unit managers before making the decision to slash climate research work.

“The thing that’s gone missing now is advocates for a certain amount of research every nation does to look after its long-term environmental sustainability, for example, and that’s government-funded research,” Dr Borgas said.

“It can be quite innovative in some ways but it’s not mainstream – trying to be like Google type stuff – so it’s become unfashionable and unfortunately there’s not enough counterbalancing voices at the moment so you get a more balanced outcome from the executive decision.

“The executive decision has been the nation doesn’t want that sort of research anymore. It only wants research that will lead to commercial outcomes.”

Up to 350 jobs across the CSIRO nationally could be cut in the short term although Mr Marshall promised “head count” will be the same at the end of the restructure process in two years’ time.

“The Abbott-Turnbull government has a deplorable record that demonstrates its utter contempt for science and for Australian workers. It seems intent on gutting the CSIRO, Australia’s peak science body which has done ground-breaking international climate research,” Mr Dreyfus said.

“Employees of the CSIRO centre in Aspendale have every right to fear this government. Nothing has changed – Malcolm Turnbull pays lip service to ‘innovation’ but is sacking some of the nation’s leading scientists.

“The CSIRO Marine and Atmospheric Research Centre in Aspendale is one of the most important climate research centres in Australia and has provided essential data so that we can better understand and respond to the threat of climate change. If reports of a head count reduction to just 30 are true, it will rip the heart out of the Centre.”

Dr Borgas said the union will try to work towards redeploying as many CSIRO staff as possible with a final announcement on job losses at Aspendale expected by April.