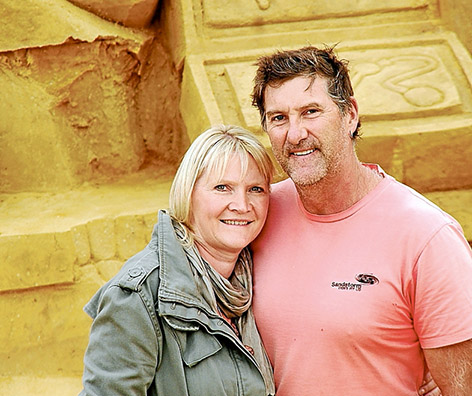 FUNDING for an enclosed structure to house the sand sculptures exhibition at Frankston’s waterfront all year round has faced criticism as “a waste of money”.

Many readers took to Facebook to say they believed the money could be better spent housing the homeless, helping the aged or improving hospital services in Frankston.

Frankston Council confirmed it had been notified of the grant before its announcement but said any ratepayer funded contribution to the project “has not been considered at this stage”.

Mayor Cr James Dooley said councillors had not yet had a chance to discuss whether council will offer financial or in-kind support to ensure the sand sculpting exhibition, usually a summer event, can become an all-year attraction.

“Council was requested to provide a letter of support for the funding,” Cr Dooley said.

“Obviously the support does not negate the need for all necessary approvals and consents.

“Planning approval is required as is state government permission as the foreshore is Crown Land.  Other factors to consider relate to benefits and impacts upon the community including hours of operation, parking, landscaping and balancing other potential users of the space.”

The $750,000 in federal funding, part of a federal nationwide $3.6 million Tourism Demand Driver Infrastructure program, is dependent “on a matched dollar-for-dollar basis”.