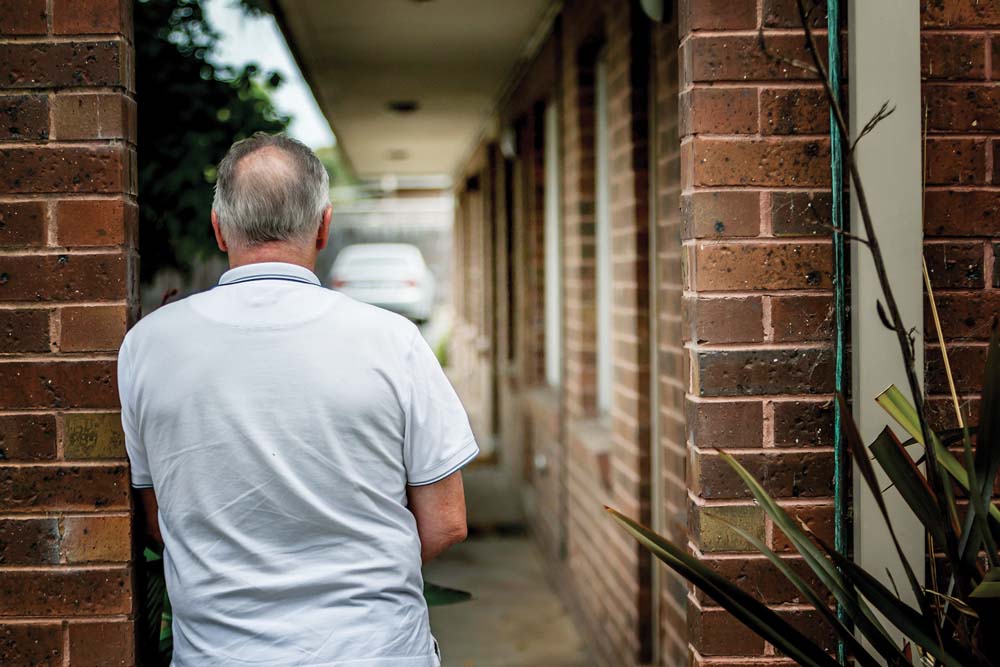 GOOD Samaritans have rallied to help a pensioner who feared becoming homeless because of rising rents and limited housing stock.

First, a reader offered him a suitable place to live rent-free and now the wheel has turned even further for Larry (surname withheld), who has been given a job by a former colleague doing what he does best: fixing sewing machines.

Larry, who told his story to The Times in February (“Pensioner feels the brunt in house hunt” 5/2/18), says his life has now turned around.

“I am so grateful to all,” he said last week from the cottage on the 12-hectare property he helps look after in lieu of rent.

“l was a victim of the 1989-90 depression during which I lost my investments, house and marriage.

“At the age of 70 and after being retired for four years I looked for a long term permanent rental. With the previous four properties being sold from underneath me and fearing the same thing would happen again, I sought something more long term.

“With the help of The Times I was put in contact with some very kind people who offered me a small self-contained two bedroom apartment at the rear of the property in exchange for some minor farm work.”

In the late 1980s, one of Larry’s duties as Victorian/Tasmanian state manager of Singer Sewing Machine Company was to hire staff. This led to a young Mark Foster being put on as an apprentice sewing machine mechanic.

“When Singer and I parted ways, Mark stayed on to complete his apprenticeship and he would call on my company until its demise. We had not seen each other since 1989-90,” Larry said.

“Recently, and by sheer coincidence, we met up again. Mark has grown into a very humble and mature man with his own business [Sewfix Sewing Machine Repairs] in Seaford.”

The two men rekindled their friendship and struck up an arrangement: Larry – the former boss – now works part-time for Mark the former apprentice.

“He allows me to not only come and go when I want but also tinker with old sewing machines,” Larry said. “This not only keeps my mind and body active but it also makes me feel useful once again.

“Sometimes I go with him for a pick-up or delivery of machines. It is like swings and roundabouts: he now tells me to sweep floors and clean the toilets.”

“The number of people being evicted into homelessness has more than doubled over five years as rents rise,” CEO Jenny Smith said.

Figures from the Australian Institute of Health and Welfare show that, last financial year, 43,751 people presented at Victorian homelessness services due to eviction, she said.

The council says the increase from 17,930 five years ago is due to rising rents.

“Australia increasingly views housing as a commodity rather than the shelter we all need.”