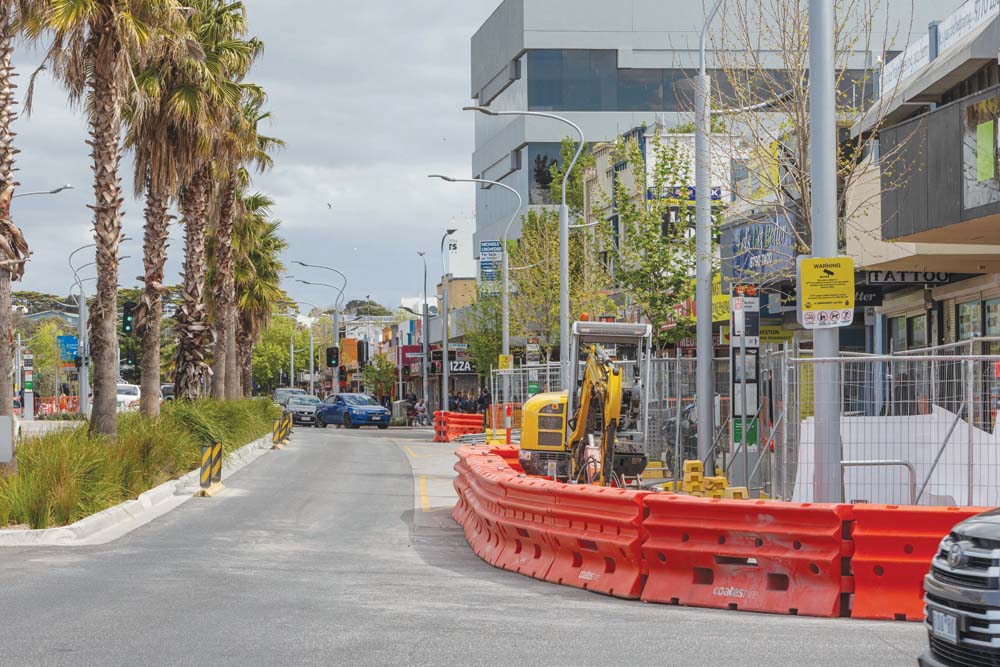 THE latest batch of works on Young Street are underway, and are expected to run until late November.

Fences and barricades have been erected along the street while works are being completed.

VicRoads has confirmed that “from Sunday 6 October until late November 2019, we’ll be working to make improvements along Young Street between Playne Street and Beach Street.”

The works will take place between 6am and 6pm from Sundays through until Thursdays under full road closure.

While works are ongoing, buses will be relocated from Young Street to Beach Street or Young Street South. The works will also cause the temporary closure of some car parking spaces.

A $13 million redevelopment of the street was completed less than two years ago. Those works proved controversial among the closure of businesses (“Battle of Young Street rages on”, The Times, 6/11/17).