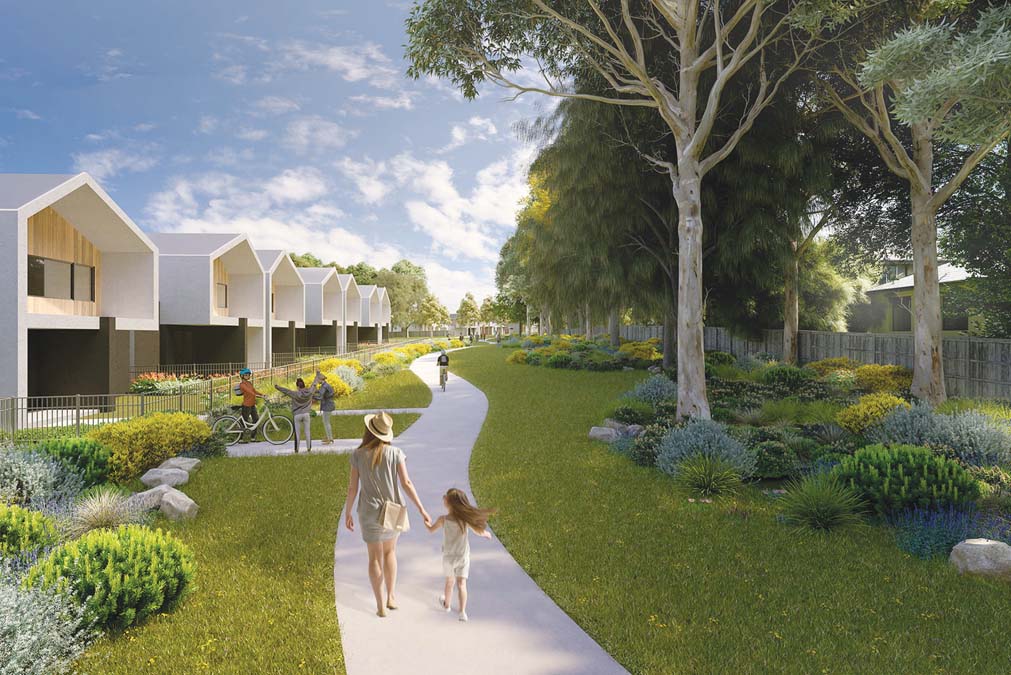 MORE than 800 housing lots will be constructed at the former Kingswood golf course site in Dingley Village if its owners get the green light.

AustralianSuper is the owner of the site, which was purchased in 2014 for $125 million. Plans to develop the land have been in limbo for years, after a proposal to build a little under 800 dwellings on it was shut down by Kingston Council in 2018 (“Council tees off on golf course plans”, The News, 24/10/18).

Last week, the developer unveiled its new plans for the site. It will include more than 800 housing lots and 14 hectares of open space.

The developer is requesting that the zoning restrictions for the site be changed to allow for the construction of buildings up to three stories, 11 metres, in height.

A statement from AustralianSuper’s project team read “feedback from locals over the past five years and the input of planning experts has been used to design an inclusive, attractive, high-quality development to enhance the area for everyone who calls Dingley Village home. The plans include 823 housing lots, 14 hectares of open space, including a large new park, green linear reserves along many of the site boundaries and the retention, expansion and creation of new wetlands to support local biodiversity. Around 850 trees now on the site would be retained and some 2,685 new trees planted, meaning there would be 10 per cent more trees on site than before.”

“Blocks will vary in size from townhouse lots overlooking open spaces to large family lots that provide for a generous private garden. Townhouse blocks will be contained to the centre of the site, with substantial buffers to existing, established homes,” the statement read.

The proposal will be publicly exhibited by DELWP until 6 August. Members of the public can make submissions during this time.

The previous proposal drew public outcry, with over 8000 submissions received by Kingston Council.

Save Kingswood Group Inc opposed the previous proposal, and has spoken out again against the new plans. The group’s president, Kevin Poulter, slammed the proposal put forward this week.

“The latest application indicates 823 lots, each less than 300 square metres, and a reduction in car parking plus many more nasties. We are outraged that the developer could even dream of such an insidious plan,” he said.

Mr Poulter said that “micro housing, narrow streets, and not enough parking” all posed issues. “Plus hundreds of extra children with insufficient schools and no high school. It makes a mockery of the statement from [AustralianSuper] on their website that they consulted residents,” he said.

Last month Kingston Council mayor Steve Staikos said “council will be making a very comprehensive submission to the standing advisory committee on behalf of our community, but it is really important that the community also adds its voice and lets the committee know how it feels about the proposed rezoning and development application for the site (“Committee will consider golf course future”, The News, 26/5/21)”.

To make a submission about the project visit engage.vic.gov.au/GolfSAC-Kingswood

For more information on the proposal visit AustralianSuper’s website dingleyvillage3172.com.au/proposal/