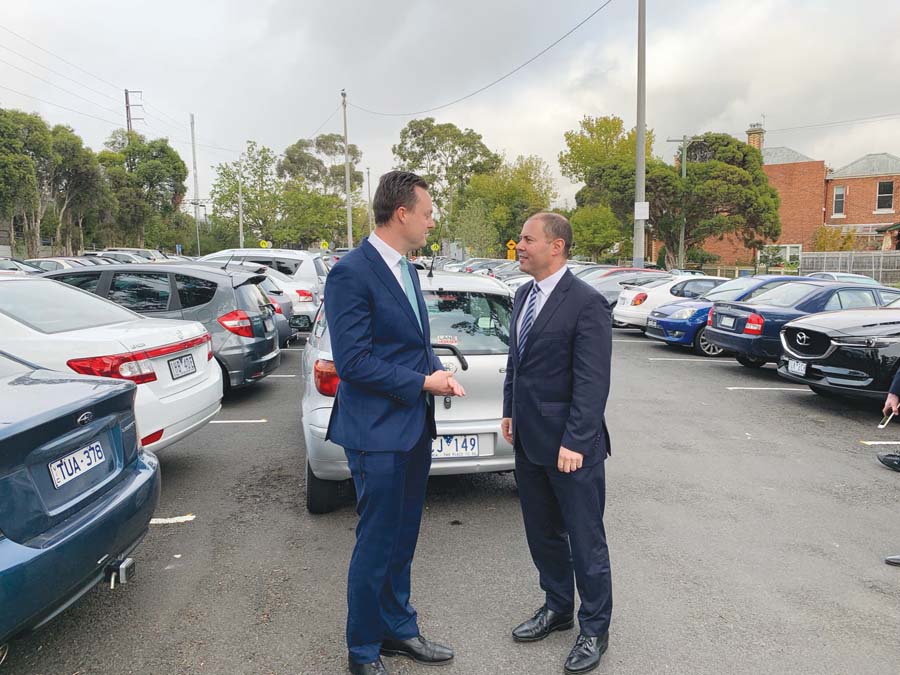 SCRAPPED car parking expansions at Seaford and Kananook stations were not proposed by the Department of Infrastructure prior to the federal government announcing it would build them in the leadup to the 2019 election.

The Auditor-General has completed a review of the Urban Congestion Fund scheme. The fund was used by the federal government to promise the construction of car parks Australia-wide in the leadup to its re-election.

The Auditor-General’s report has revealed that just two of the 47 identified sites have been completed as of 31 March this year. It also revealed that none of the sites were proposed for funding by the department itself.

The audit summary read “the selection of 47 commuter car park sites for funding commitment were decisions of government taken over the period January to July 2019 and effected in 38 cases (81 per cent) by the written agreement of the Prime Minister to a written request from ministers, effected in seven cases (15 per cent) by the election commitment process, and in two cases (four per cent) the department had not evidenced how the funding commitment was effected, beyond email advice from the minister’s office and a media announcement by the Prime Minister.”

“There was not appropriate engagement with state and council delivery partners to identify candidate projects by the department. The limited engagement that did occur was by the minister’s office with some states and by parliamentarians or candidates with some councils. The associated risk of selecting projects that were not feasible given site constraints or costs, or were not supported or co-funded by the intended delivery partner, was realised in some cases,” it read.

“Neither the department’s advice nor the recorded reasons for selection outlined each project’s merits against the investment principles or how each project would contribute to achieving the policy objective of the UCF. As a result, there is little evidence to demonstrate that the selection of commuter car park projects was based on assessed merit against the investment principles or achievement of the policy objective.”

Earlier this year, the federal Liberal government scrapped plans to build car parking at Seaford and Kananook train stations.  In response to questions sent by The Times to the office of urban infrastructure minister Paul Fletcher when the project was abandoned, a spokesperson said “based on advice from the Victorian government and local councils, the Commonwealth has withdrawn funding from a small number of projects where the Victorian government or relevant local council has advised that the project cannot be delivered with the funding committed or where there was no feasible site or design options. This includes the Seaford and Kananook commuter carparks.”

“The funding that had been committed for both Seaford and Kananook commuter carparks specifically will be redirected to the construction of an alternative carpark along the same rail line following advice from both the local and state governments,” the spokesperson said (“Scrapped car park plans a broken promise, The Times, 25/5/21).

The most recent federal budget topped up funding for announced car parking plans at Frankston Station.