New lease for Saints at Seaford 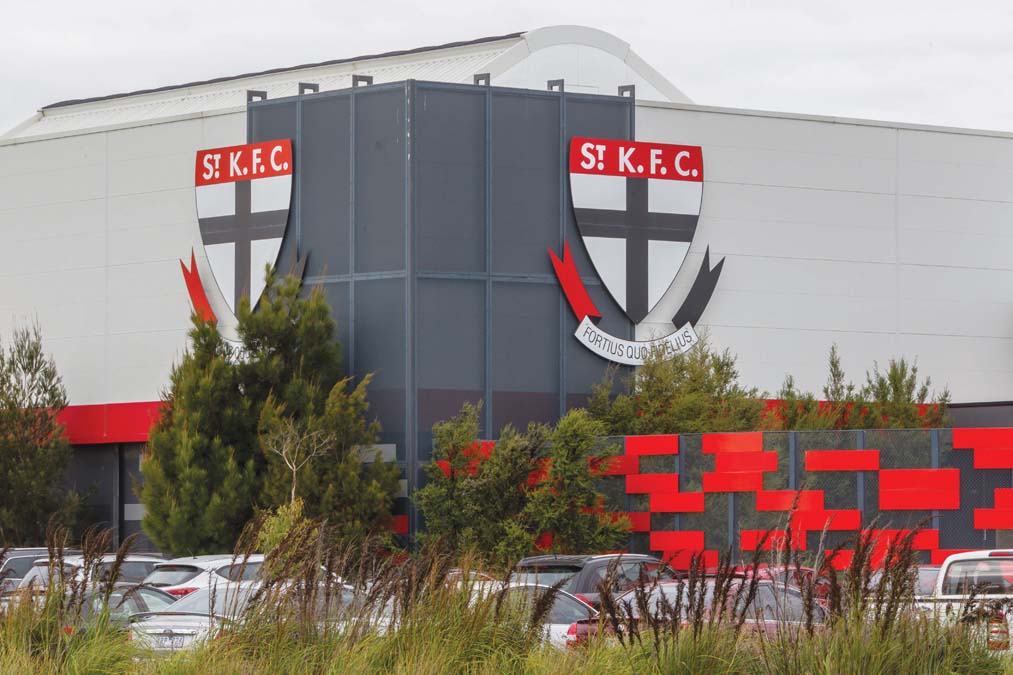 FRANKSTON Council has re-negotiated its lease with St Kilda Football Club for use of its former training base in Seaford.

Council agreed to a 50 year lease with St Kilda FC in 2009 for use of the Seaford site. After an ill-fated few years, St Kilda relocated its training base to Moorabbin in 2018.

Council and St Kilda have now come to an agreement on new terms for a lease. Those plans will be put out to community consultation before receiving a final tick of approval.

The agreement will see the existing lease and licences surrendered. The new lease term will be seven years, with a provision for two further seven year terms if the terms of the lease are not breached.

The site is planned to be used by St Kilda FC as a “Healthy Futures Hub”. Belvedere Community Centre has been identified for inclusion as a sub-tenant. Other sub tenants expected to occupy the site include disability service providers Wallara, Everyday independence, and Pathways to Care. Chelsea Longbeach Physiotherapy have also been named as a potential sub-tenant.

St Kilda FC CEO Matt Finnis said  that the project “has the potential to become a signature community asset for the Frankston region at a time when it is needed most.”

“The collaboration between the Saints, council and community based organisations has successfully progressed the Hub concept from an idea to the brink of reality,” he said. “We now look forward to hearing from community members to help us shape the delivery of programs and services which will have the most positive impact on their health and wellbeing.”

The completed works to redevelop the site are expected to cost ratepayers $3.576 million.

“St Kilda are to be commended for their approach. It’s now over to the public to provide their feedback and I am looking forward to receiving that input,” Cr Bolam said. “It is anticipated the facility will provide a platform for local community partners to grow through the shared customer based and knowledge of St Kilda Football Club’s partner network. This will create a multi-purpose facility with organisations who genuinely complement each other.”

The relationship between St Kilda FC and Frankston Council hit a low point when the club moved out of the Seaford sports hub. Frankston councillors blasted the way the club handled the exit at the time (“Saints slammed before exit” The Times 30/10/17).

A Frankston Council statement issued last week read that councillors “noted that negotiations with St Kilda Football Club have been constructive, with good will demonstrated by both parties.”

The revised lease agreement will see St Kilda FC pay an annual rent. It currently pays just $1 a year. The new terms will see the Saints cough up $10,000 year one to $20,000 year four and onwards plus CPI.

If the proposed hub generates a net surplus St Kilda FC will pay more rent to council, and it may be required to contribute to a community fund.

A further report will be considered by council in December after the conclusion of community consultation.

To read more about the Healthy Futures Hub and make a submission visit engage.frankston.vic.gov.au/new-healthy-future-hub. Submissions close 5pm on 1 November.