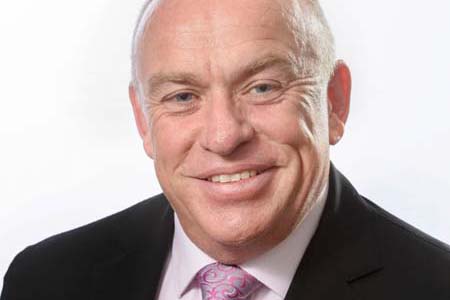 KINGSTON Council’s new CEO, its fifth in three years, has begun his tenure.

Mr Bean is council’s fifth CEO since August 2019. John Nevins stepped down after 14 years in the top job in August 2019, paving the way for Kingston Council’s first ever female CEO to replace him. Julie Reid lasted 18 months before departing in January 2021 with two years left to run on her contract. An executive summary of a law firm’s report was handed to Ms Reid by Kingston Council following her departure (“Law firm summary given to ex-CEO, The News, 3/2/21).

In September council announced that it had given the CEO job to Mr Bean. He was appointed for a five year term starting 1 November.

Mr Bean said his family ties to the area and work with the former City of Mordialloc helped prepare him for the new role.

“My family has a strong history in the local area over many generations and I formerly worked at the City of Mordialloc, so this move feels like coming home,” he said. “I’m excited to be able to join with councillors, the community and council staff as we work together to make Kingston an even better place to live, work and enjoy.”

Kingston mayor Steve Staikos said he was “proud to welcome Peter Bean” to the council. “Councillors, in partnership with the community, have set a strong vision for Kingston’s future and we are confident Peter will help us deliver exceptional projects and services; lead the project to develop a new Aquatic and Leisure Centre for the community; and seek to influence major government projects underway in Kingston including Level Crossing Removals and the Suburban Rail Loop,” he said. “With an MBA, a Bachelor of Business (Local Government), and a Graduate Certificate in Local Government Management, Peter is well-placed to lead Kingston into the future. He has over 20 years’ experience in the public sector and brings expertise in major capital projects, finance, human resources, economic development, information technology and more. He has previously worked at several other councils including Moreland, Nillumbik Shire, Indigo Shire, Albury Shire and the former City of Mordialloc.”

In a statement, Cr Staikos also said that council is “incredibly grateful” for the work done by interim CEO Tim Tamlin and wished him well.